On 15 October Michael Hardt will present in Barcelona his latest book Declaration (Akal, 2012), co-written with Antonio Negri. The Observatorio Metropolitano de Barcelona, a group that is part of the Commons Foundation, is organising, in collaboration with the Museu d'Art Contemporani de Barcelona (MACBA), a reading group to discuss the issues raised by this text. This reading group prefaces and prepares the ground for Michael Hardt's lecture on 15 October at the MACBA Auditorium. The specific intention of this initiative recognises the need to map the main ideas of Declaration onto our own immediate context.

This text presents a pretext and tool to openly discuss and examine, within its own terms, the wealth and the problems that have resulted from the struggles since the explosion of 15M.

The key approach behind Declaration is the idea of the crisis as a factory for the production of 'subjected' subjectivities. In this sense, it is understood that poverty is now rife among the indebted, mediated, represented and securitised. The capacity to act communally has been blocked in a context marked by loneliness, fragmentation, guilt, social control, debt and a (pseudo) democratic system with a highly corrupt and parasitic bipartisanship.

Declaration is from 2011, the year in which the indebted, mediated, represented and securitised of the world rose in various insurrections that served to declare the obsolescence of the dictatorial regimes and democratic systems that govern the current phase of financial capitalism. At the same time, the desire for democracy constitutes the communal base and the expressive forms of Occupy, 15M and the Arab revolts, uprisings mobilised by a clear and precise 'they do not represent us', which is inflected differently depending on the context, but which is opposed to the kinds of Old Regime – democratic only in appearance – governed by the forces of what is now known as the '1%' or 'financial dictatorship'.

The book consists of three chapters and an epilogue. The first chapter, 'Subjective Figures of the Crisis', defines the crisis as a factory for the production of subjectivity from which the subjected groups mentioned earlier emerge. Somehow, the insurrections favoured collective disobedience against the theft of the social forces, which hyper-fragmentation and the rules of the current historical context are trying to suppress. Faced with subjected subjectivity, the creative resistances activate the challenge of transforming bond debt, self-organised representation, the mediatisation of the production of decentralised truth and securitisation, i.e. extreme surveillance and repression through counter-legislation, protection and management of the public space from below. In this sense, the context of the Spanish State is particularly rich in examples.

The second chapter, 'Rebellion against the Crisis', tries to imagine the institutions of the common from the struggles that took place, in some cases, before 15M, and from intellectual debates that focus on the need to integrate and provide the binding participation of citizens in decision-making. Water, education and the banks could be thought of as goods whose ownership resided in the population and not the State. This would require the conservation of water, access to all educational levels and the redistribution of wealth being managed by collective intelligence. An increasingly unclear distinction between public and private has brought new prototypes of institutions of the common usually found, for example, in debates and mass demonstrations protesting against changes in education and the health service, as well as myriad other social groups that are rethinking the democratic model at a global level.

The third chapter, 'Constituting the Common', addresses the idea of the riots of 2011 as foreshadowing a new constituent power articulating new legislative, executive and judicial functions in the community. Except in cases where it is strictly necessary to maintain it, to dispense with the framework of the State might be possible in the long-term, without the book proposing strategies, tactics or improvements in the organisational forms born in 2011, from which so many political experiments have emerged. Declaration introduces a number of questions: How should the rules of production function in a context that demands obedience? How can participative planning in all aspects of democracy, wealth and sustainability be obtained? Who ultimately is to interpret the Constitution? How should a truly democratic judicial system function?

Finally, the epilogue, 'The Event of the Commoner', sheds light on the figure of the commoner. Just as the baker makes bread, the weaver weaves and the farmer grows, the commoner 'communises', i.e., works for the common (and not only works). Besides rethinking democracy, in the terms expressed so far, 'commonising' is also preparing for an unexpected event. At any time, due to the destructive force of the movements or suicidal breaches in the system, the situation may have potential for a systemic transformation that is already brewing and can accelerate. 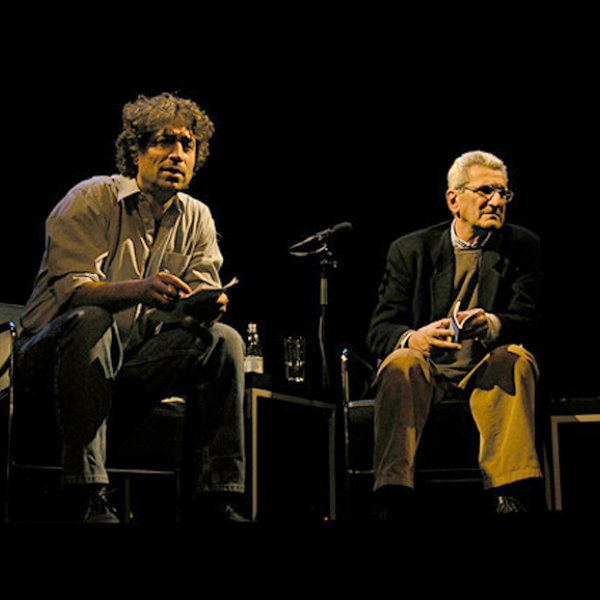 MONDAY 30 SEPTEMBER
Discussion of chapters 1 and 2 of the book:
'Subjective Figures of the Crisis'
'Rebellion against the Crisis'

MONDAY 7 OCTOBER
Discussion of chapters 3 and 4 of the book:
'Constituting the Common'
'The Event of the Commoner'

This reading group is organised in preparation for the lecture The Rebellion of the Indebted (or Democracy in Debt) to be given by Michael Hardt on 15 October at the MACBA Auditorium. 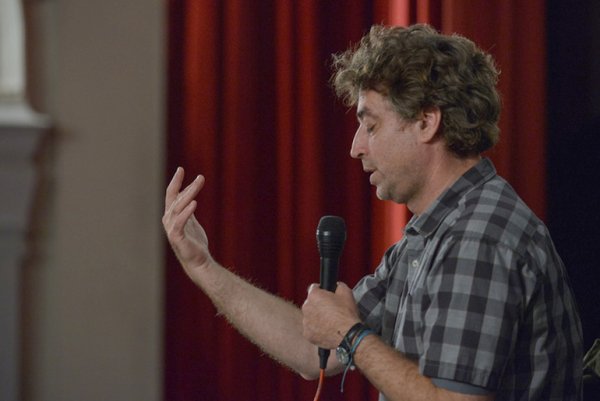 The Rebellion of the Indebted (or Democracy in Debt), by MICHAEL HARDT