Michael Hardt will be in Barcelona to explain the state of affairs of the struggle against debt in the U.S.A. He will be talking about the problems and challenges that organisations similar to those that have arisen in Spain are facing in the context of North America.

Similar to what happened in Spain, Occupy has served to proliferate dissent and disobedience to the so-called government debt, which is why the Commons Foundation proposed a dialogue between Hardt and a front row composed of persons involved in this struggle.

The Commons Foundation proposes a series of questions to guide the discussion: What have Occupy and 15M contributed to the struggle against debt? What have been the main achievements so far of the organisations that are challenging the Debtocracy in Europe and the U.S.A.? Where are the limits to materialise the demands? In what ways can we strengthen the struggle? What kinds of partnerships are needed?

This conference will be preceded by the reading group sessions The Common, Crisis and Subjectivity, based on the text Declaration (M. Hardt, A. Negri. Akal, 2012). The sessions will take place on Monday 30 September and 7 October from 6.30 to 8.30 pm.

This activity is part of the project Minimum Resistance. Between Late Modernism and Globalisation: Artistic Practice in the 80s and 90s organised by MNCARS, in the framework of the project ‘The Uses of Art’ organised by the network of European museums L'Internationale, of which MACBA is also a member. L'Internationale proposes a new artistic internationalism, non-hierarchical and decentralised, based on the value of difference and horizontal exchange among a constellation of cultural agents locally rooted and globally connected. Composed of six major European museums, Moderna Galerija Ljubljana, the Museu d'Art Contemporani de Barcelona (MACBA), Barcelona, the Van Abbemuseum, Eindhoven, the Museum van Hedendaagse Kunst, Antwerp (MHKA); SALT, Istanbul, and the Museo Nacional Centro de Arte Reina Sofía. L'Internationale has the support of partner institutions from academia and the arts.

In collaboration with the MNCARS.

‘These are debts for which there is no creditor, and these debts are defined by binding relationships among singularities. Further, they are not bound by morality and guilt. Instead of moral obligation, they function through an ethics of the common, based on the reciprocal recognition of the social debts we owe to one another and to society. […] Even though the flows of financial debt have individualizing effects, the new forms of debt become ever more social and anti-individual, transitive, and singular. In recent decades numerous struggles of the poor and the impoverished have been waged against the individual and collective yoke of debt. [...] The most important of these struggles is to understand how their powerful responses, expressed in different ways, are accompanied by processes that create ways to be united, while at the same time constructing new possible worlds from the everyday.’

In July, Mariano Rajoy said in Parliament that 36,000 million euros from the bailout of the banks would never be recovered. Thus, the debts of Bankia, Novagalicia (NBG), Catalunya Caixa, Banc of València, Caja España CEISS and BMN were cancelled or, put another way, passed into the hands of taxpayers, who have the obligation to pay for them by increasing the tax burden and austerity measures. Shortly thereafter, Mario Draghi, president of the ECB, said that there were very few issues left to be done in Spanish banking, and that its sanitation was on track. The adoption of measures in Spain by the government of the Troika is the most manifest sign that the entire burden of the crisis has been moved resolutely from the banks to the people, without any assessment of whether the debt was just or unjust.

In this situation, we have two statements to put on the table: the first is that we are all indebted, and the second is that the rebellion against Debtocracy has already begun and we must deepen its forms of expression and organisation.

We say that we are all indebted based upon one piece of evidence: we are paying the debt with cuts in public services such as health and education, manifestly worsening the quality of life. Moreover, the brutal destruction of the territory that has been carried out in an undemocratic manner has led to such consequences as a brutish landscape, ghost towns and the profusion of public buildings of all kinds that are not being used (whether airports, high-speed trains, hospitals, cultural centres, etc.), and very high levels of unemployment arising from the unrealistic creation of jobs that the property boom encouraged through a totally fictive bubble. What’s more, the Sareb, the bad bank, has established itself as a one of the most important real estate agents in the world. It manages and profits with the majority of housing assets unsold, and without contemplating the creation of public housing.

On the other hand, the rebellion against Debtocracy has begun. 15M created a proliferation of platforms for those affected by mortgages (PAH) throughout the whole country. Many evictions have been stopped, many homes have been recovered to house individuals and families who lost theirs, and many outstanding debts cancelled. The PAH is not the only expression of the struggle of the indebted in our context, although it has had a broader policy and has been able to generate more communities and broad consensus. But the constellation of struggles against debt born since 15M has also generated Debt Audit, 15MpaRato and the Platform of those affected by bad investments and their ensuing obligations. We understand that all these initiatives are fighting with different strategies within a framework of complementary actions. 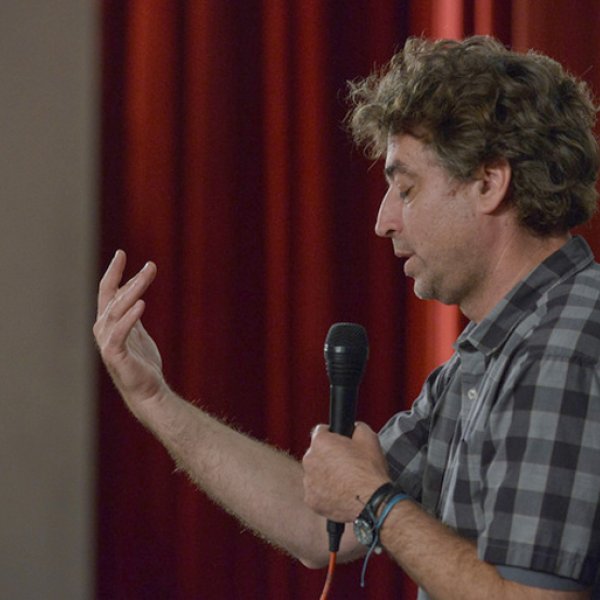 Michael Hardt is the chair of the Literature Program at Duke University, North Carolina. He is co-author with Antonio Negri of Declaration as well as the Empire trilogy (Empire, Multitude and Commonwealth). He currently serves as editor of The South Atlantic Quarterly. 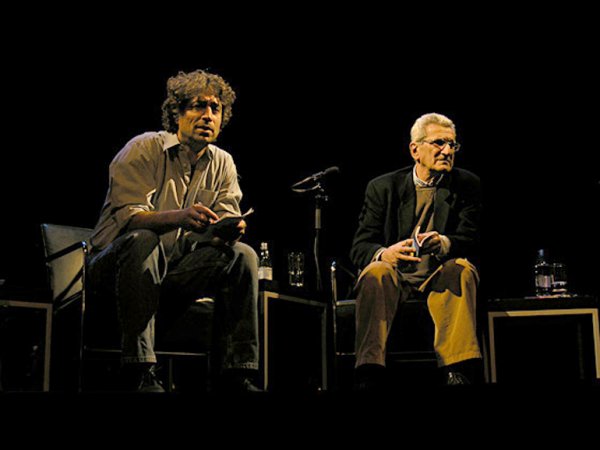 The Common, Crisis and Subjectivity Reading group for the text 'Declaration' by Hardt and Negri
Reading groups

The Rebellion of the Indebted (or Democracy in Debt), by MICHAEL HARDT