The Library contains catalogues, collections of essays, periodicals, audiovisual documents and informational material on artists, entities, etc. The Library’s reserved section is for publications requiring restricted consultation conditions either because of their physical characteristics, which is the case of photobooks and special format publications, for example, or because of their rarity, as is the case with specific exhibition catalogues or first edition publications of historical relevance. The Library also provides users with access to specialised online databases.

Consult the Library’s online catalogue, which is a part of the University Union Catalogue of Catalonia (CCUC), to learn more about its holdings.

To consult the holdings of the Library, an appointment must be made at least 48 hours in advance.

helps to preserve, manage and disseminate MACBA’s digital holdings, which include photographs, audiovisual and sound recordings, graphic materials and documents. These holdings have been divided into two large sections: artistic items, comprising digital works from the Collection, and documentary holdings, made up of the personal collections of artists and other agents related to contemporary art, the MACBA Historical Holdings and documentary collections from its Archive and Library.

MACBA’s ongoing activity and digitisation of its holdings have made its Repository a constantly evolving tool. The Repository facilitates open access from any location to selected online contents. A greater degree of content that is not openly available online because of legal restrictions affecting the works and documents contained in the Repository can be freely accessed in the MACBA Library.

The Mediateca Digital Repository brings together 378 video works that once formed part of the ”la Caixa” Foundation Mediateca and these can currently be consulted in the space dedicated to ”la Caixa” Mediateca’s video art collection in the MACBA Library.

The ”la Caixa” Foundation Mediateca project began in 1994 and was first housed in Palau Macaya, where it remained until 2001. In 2002, its entire holdings were transferred to new headquarters at the former Casaramona factory and the Mediateca closed to the public and ceased its activity in 2012.

The ”la Caixa” Foundation Mediateca’s holdings from the beginning included sound documents, contemporary music, single-channel video works, multimedia art, online art, interactive works, images, books specialised in new technologies and specialised newspaper archive, among others. The selection available in the MACBA Library includes only some of the videos from the ”la Caixa” Mediateca’s video art collection that represent various moments of contemporary audiovisual practices from the 1970s to the present day. Represented artists include Nam June Paik, Michael Snow and Antoni Muntadas, among others.

The ”la Caixa” Mediateca Digital Repository can be consulted during the MACBA Library’s normal opening hours: Monday to Thursday from 10 am to 7 pm. Closed on bank holidays.

Specialised online databases in the Library can also be consulted and some of these can only be accessed on the computers in its Reading Room.

The Library contains an extensive collection of magazines that have been chosen for their quality, interest and potential to provide an overview of artistic activity across various geographical and thematic areas. The issues they deal with and their respective formats are extremely diverse: artistic research, photography, performance, restoration, gender, history of exhibitions, sound art, literary fiction, etc.

Of the approximately 1,900 titles it has available, more than 200 correspond to magazines and fanzines with active subscription published by universities, museums, publishing houses, collectives and independent artists. The remainder of its Historical Holdings is also constantly increasing thanks to donations from individuals and acquisitions from the MACBA Study and Documentation Centre that aim to incorporate the most relevant titles.

The MACBA Study and Documentation Centre has a highly active publications exchange programme that includes independent institutions and entities from throughout the world. In addition to a large number of institutions specialising in contemporary artistic practices, these include many self-managed centres run by artists and other groups promoting artistic research, whose publications tend to circulate outside the most common commercial channels.

The Library welcomes the donation of books and other materials on its specialty, provided they are not duplicated items in its holdings. Please write to biblioteca [at] macba [dot] cat specifying the purpose of your donation if you would like to make one or obtain more information.

The Library is located in the MACBA Study and Documentation Centre, which is located at Plaça dels Àngels, 8, right next to the Museum’s main building.

General public access to the Library is free for anyone interested in contemporary art and culture. Nontheless, it is recommended that you read the rules and regulations governing access to and use of the spaces that make up the MACBA Study and Documentation Centre.

You do not need to make a prior appointment. When you visit the Library for the first time, you will have to present your ID card or passport at the desk on the ground floor of the Study and Documentation Centre and you will be able to obtain your Library card free of charge in the Reading Room. Friends of MACBA cardholders can also access the Library

The Library is open from Monday to Thursday from 10 am to 7 pm. Closed on bank holidays.

As a general rule, you may copy (by means of black-and-white or colour photocopying, scanning or digital photography) portions of materials in the Library that are in a good state of preservation, provided that this copying process does not affect the condition of this material and the copies obtained are for research and academic study purposes, in accordance with the provisions of current legislation on intellectual property. A self-service photocopier is available that works with coins, but it does not return any change. You will find a machine that exchanges banknotes for coins in the photocopying room. You cannot photocopy any documents contained in the Library’s reserved section or those in its Archive. You can use digital photography as a means of reproduction in these cases.

The Library also offers a document retrieval service from other libraries.

Consult the prices for the Library’s photocopying and document retrieval service.

The Library does not offer a lending service.

Educational institutions and professional groups can request a group visit to the Library to learn more about its space and services by writing to biblioteca [at] macba [dot] cat.

The Study and Documentation Centre has a Wi-Fi connection. You will need its user name and password in order to access the network and these can be requested at the Library counter.

Please fill in the following form if you would like to suggest that the Library purchase a specific book, magazine or any other type of material. We will study your request and reply to you as soon as possible.

Request the purchase of publications 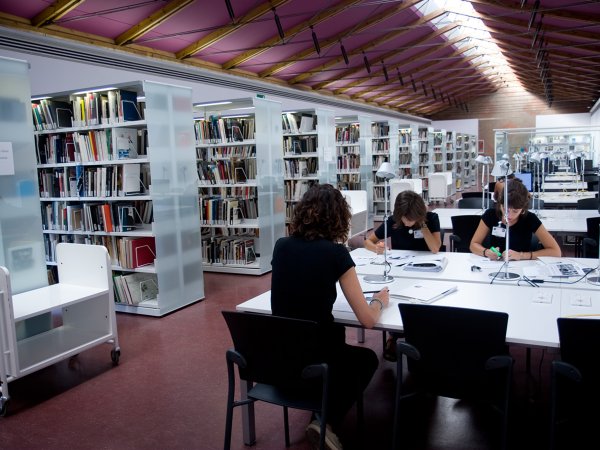 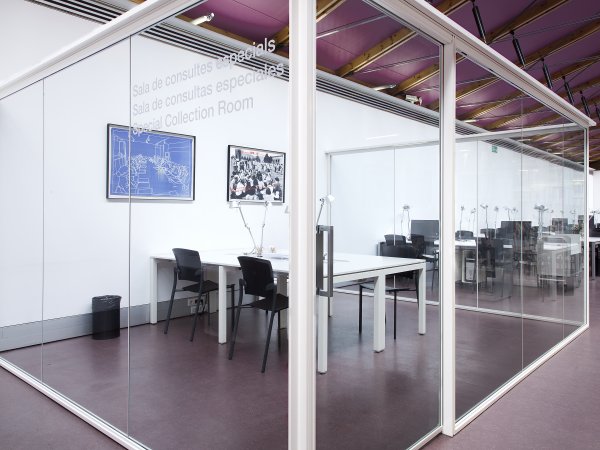 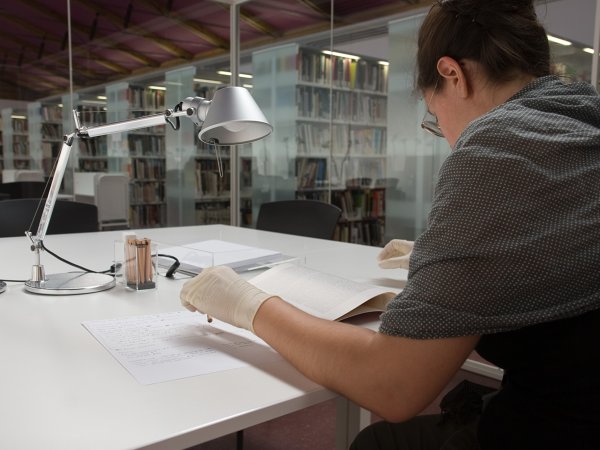 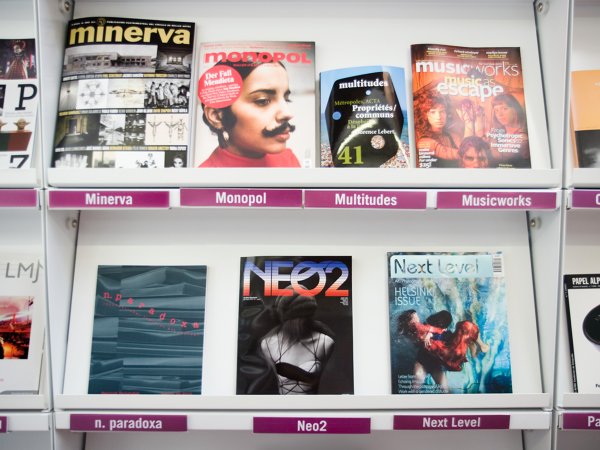 biblioteca [at] macba [dot] cat
+34 934 813 366
I like to work with what is often called "cultural heritage", but the materials that I use are banal and clichéd, like sugar blocks, doors, couscous, rugs, official documents.
Latifa Echakhch