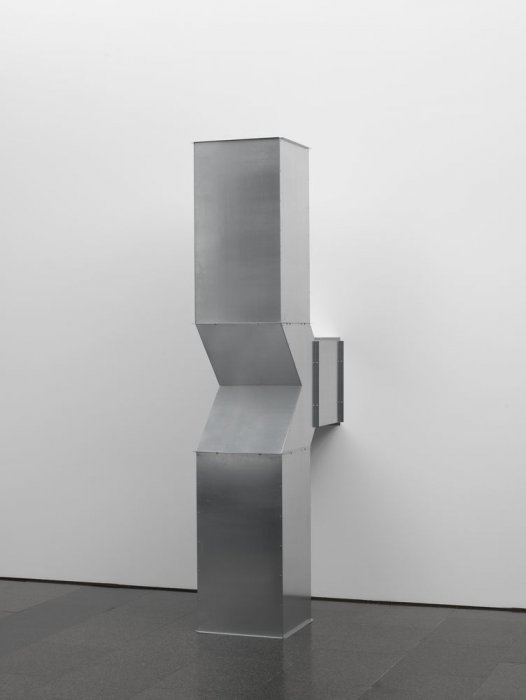 Charlotte Posenenske, Vierkantrohre Serie D, 1967 (2010)
MACBA Collection. MACBA Foundation. © Estate of Charlotte Posenenske/Burkhard Brunn, Frankfurt/M., 2022.
Loading...
Charlotte Posenenske was one of the few European artists who took up the principles of American Minimalism, to which she applied a social and performative dimension. Her sculptures spring fom industrial manufacturing and aim to dilute the concept of authorship. She made them in 1967 and 1968, and they were installed in public spaces: an airport, a railway station, a bank, a market or a factory. In all of these cases, the artist shared her authorship with the teams of fabricators and installers of the pieces, who decided their placement and modularity. Realism of form, collective production, the end of the subject and criticism of institutions came out of the principles of the social movement generated around the events of May 1968, which Posenenske fully adopted and condensed in her Manifesto. Closely aligned with the philosophers of the Frankfurt School, after ten years of artistic production, and convinced that art could not change the world, she abandoned it and dedicated herself to activism and sociology.

Other works by Charlotte Posenenske 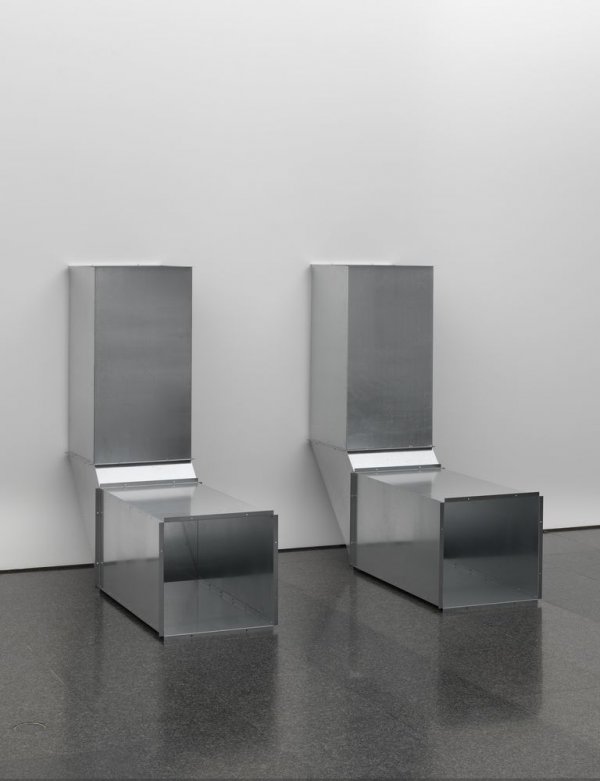 Charlotte Posenenske
Vierkantrohre Serie D
1967 (2016)
See all works by this artist →
I like to work with what is often called "cultural heritage", but the materials that I use are banal and clichéd, like sugar blocks, doors, couscous, rugs, official documents.
Latifa Echakhch