The earliest links between artistic practice and experimental sound production can be traced back to the avant-garde movements of the twenties. Many Dada and Futurist artists turned to sound as a medium and a material for expression. But it was not until the sixties that there was a proliferation and diversification of collaborations between musicians and visual artists. Likewise, experiences that formed part of movements as Fluxus, CoBRA, new realism, Pop Art and conceptual art are direct precursors of recent sound experiments.

Vinyl. The exhibition Records and Covers by Artists was based on one of the most emblematic graphic and sound mediums – vinyl record covers. The exhibition brought together over 750 covers from the collection of Guy Schraenen – the curator of the project –, created by artists such as John Baldessari, Joseph Beuys, Günter Brus, Jean Dubuffet, Richard Hamilton, Keith Haring, Yves Klein, Fernand Léger, Roy Lichtenstein, Joan Miró, Raymond Pettibon, Dieter Roth, Andy Warhol and Tom Wesselman, among many others. Visitors were also able to consult an ample collection of additional materials (tapes, publications and documents) and listen to a selection of over a thousand records.

This exhibition focuses on a special area of artistic creation in the 20th century. It shows in visual and acoustic presentation long-playing records of visual artists, reflecting the variety of sound and language experiments at the limits of music.

With the extension of artistic expression into the field of sound and the visual forming of the record and its cover works of an innovative character and high aesthetic quality emerged. Artists from different trends of art created for their sound works the adequate covers. The ordinary object of the record cover 30 x 30 cm became under the hands of the artist an object of special attraction. The vinyl records acquire now-a-days a mythic character for the younger generation, for the older already a historical one.

The exhibition is divided into different sections, ranging from the avant-garde movements of the twenties, like Dadaism and Futurism, over movements like Fluxus, Nouveau Réalisme, Pop Art, Zaj and Concept Art until most recent sound experiments. Often the recordings are the results of performances or other actions, thus documenting important artistic forms of creation of that period.

With records from the Rolling Stones and the Beatles the connection between visual art and Rock and Pop Music is shown. Visual artists like Richard Hamilton, Andy Warhol, Robert Frank or Les Levine have given these records their special appearance. In a special "sound cabinet" the visitor has access to almost all records in the collection. On individual request several hundreds of sound works from 250 LPs can be chosen and be listened to.

An installation within the exhibition centres on object records, that means records which change, manipulate or break the usual form of long-playing records. Another room gives a historic overview over the diversity of artistic activity concerning sound. There are a. o. works on tape or compact discs as well as records that appeared as supplements to magazines, books or other publications, thus taking into consideration the technical and artistic development in the 20th century.

A section dedicated to the collaboration between artists and musicians in Spain, directed by Víctor Nubla in cooperation with Joan Ramon Guzmán and Jordi Segura, and Pedro G. Romero, completes the show at the MACBA.

Spinning Sounds. Four nights of sonic exploration with turntables and other instruments
Music and live arts 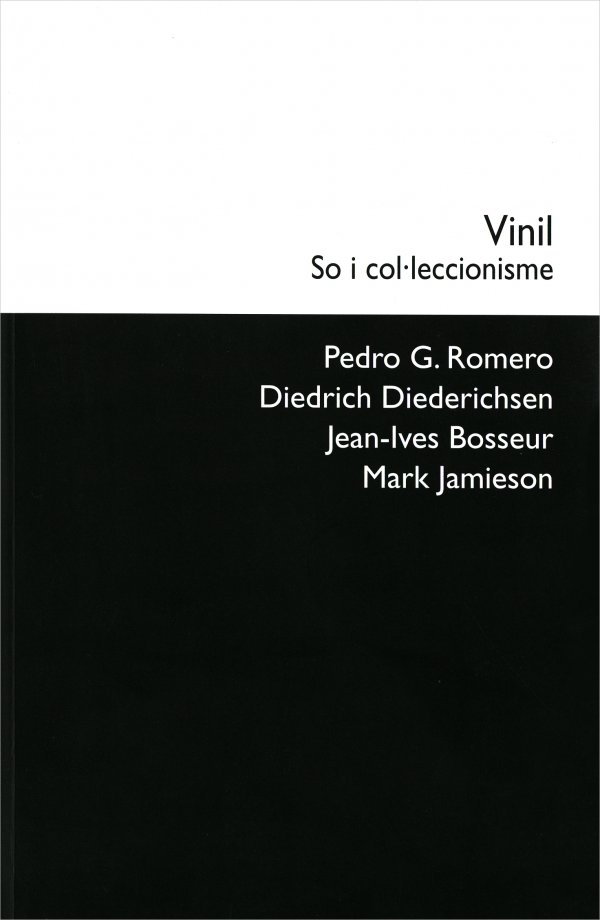