The work of Dieter Roth (Hanover, 1930 - Basel, 1998) resists classification. Roth was trained as a graphic designer, but soon began to show an interest in art and concrete poetry. He made some forays into Op Art and Kinetic Art, and associated with the Fluxus group and the new realists, but if there is one thing that characterised his work it is the inseparable relationship that it sets up between art and life. Roth drew on a wide range of media: painting, sculpture, photography, drawing, graphic works, video, film, music and poetry. And he tended to use a heterogeneous collection of non-artistic and perishable materials which drove museum curators crazy: chocolate, cheese, sugar, remains of excrements, humus and other scraps.

The core of the MACBA exhibition on his work, Die Haut der Welt (The Skin of the World), was based on a selection from the Archiv Sohm collection housed at the Saatsgalerie in Stuttgart, which consists of small-format works produced from the sixties to the eighties, including objects, drawings, paintings, and his famous “Literature Sausages”. There was also a special focus on Roth’s large-scale installations and a section focusing on his links to Catalonia, particularly Cadaqués – where he used to meet, work and exhibit with Richard Hamilton – and Barcelona, where he created the work Tibidabo-24 Hours of Dogs’ Barking (1977). The exhibition also included a substantial selection of artist’s books.

The exhibition Dieter Roth - The skin of the world + some other things at MACBA was the first large presentation of work by this influential artist in Spain. Dieter Roth (Hannover 1930 – Basel 1998) utilised all possible media, from painting, sculpture, photography, drawing, prints, video, film, music, poetry till many artist´s books to create his vision of the world. The richness and complexity of all these facets of his oeuvre were represented in this exhibition.
The nucleus of this presentation was formed by the exhibition Dieter Roth - Die Haut der Welt, consisting of works from the Archiv Sohm, collection of the Staatsgalerie Stuttgart, where it was presented in 2000. Alongside these works and works by Roth from the collection of MACBA, the exhibition focused on his large-scale installations of the 1970s to 1990s. Furthermore, the relationship of Roth with Spain (mainly Cadaqués, where he met, worked and exhibited with Richard Hamilton, and Barcelona where he realised the work Tibidabo, 24 Hrs. Dog´s Barking, Mt. Tibidabo, Barcelona) was made visible in a selection of works, photos and documents.
For Roth, his artistic production coincided with his life. Having started out as an artist inspired by literature and visual art itself, he wanted to be part of this art world with the hope of once being famous and important. However, when this – as he said himself – was made impossible by his continuous struggle with bad luck, alcohol, his shyness and fear, he then realised that drawing from the reservoir of his own life and experience was the only way for him to work. His registrations of daily life in text became the literature he loved to produce and the Polaroids he took of almost everything that was out there provided him with the images that he could use for his art.
Read more 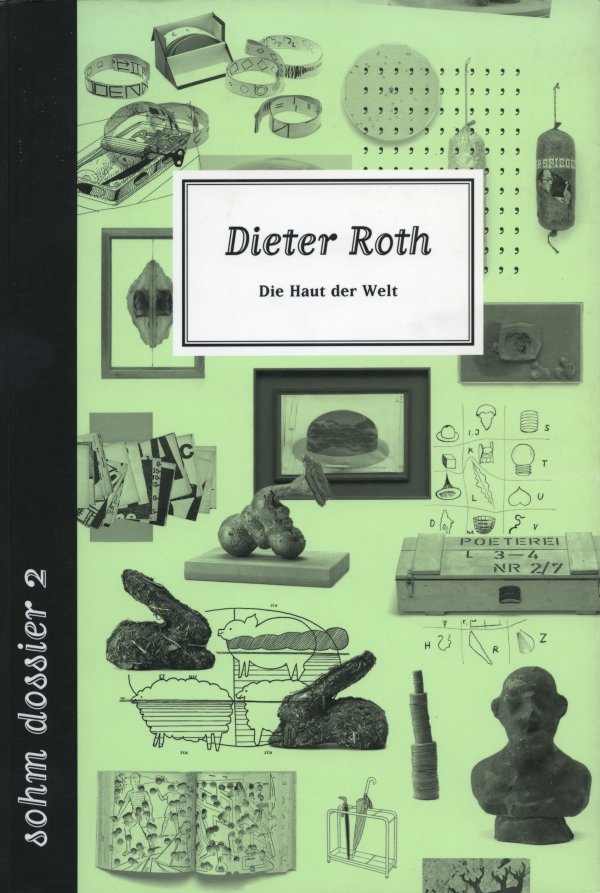