The painter, draughtsman, sculptor, action artist, poet and editor Dieter Roth was born in Hanover in 1930 to a German mother and a Swiss father. Due to the war, he and his brother were taken to Zurich in 1943, and Roth subsequently spent his life living between Germany, Switzerland and Iceland. Roth entered the art world through the field of industrial design, and proceeded to expand its scope until it encompassed almost all areas of artistic endeavour. The defining characteristic of this artist – whose work can be said to fit within the Neo-Dada movement – is the tendency to dissolve the distinction between art and life, an attitude that he shared with artists' groups like Fluxus and the new realists. In 1953, Roth co-founded the magazine Spirale in collaboration with Eugen Gomringer and Marcel Wyss. In 1954 he created his first artist’s book, a genre in which he brought together his best-known work. Unlike the American artist Edward Ruscha, Roth refused to use commercial technology to mass produce books, because he considered each page to be a unique work. His first baked bread sculptures date from 1954, and from that time forth his interest in organic transformation became part of his strategy to subvert the mechanisms of the commercialisation of art. In the late fifties, Roth worked in New York, where he organised happenings and produced kinetic works and rubber stamps that included texts and still photographs. In the seventies, he collaborated with artists such as Arnulf Rainer (1972–1979) and Richard Hamilton (1975–1977), with whom he often spent time in Cadaqués. Roth, who used variations of his name – Dieter Roth, dieter roth, DITERROT, diter rot or Dietrich Roth, depending on the work and the context – was always a rebel who sought new media and defended constant change and mutation. He died in Basel in 1998. His work can be found in numerous collections including those of major museums such as the Tate Gallery in London, Stedelijk Museum in Amsterdam and the Moderna Museet in Stockholm.
Print file
Share 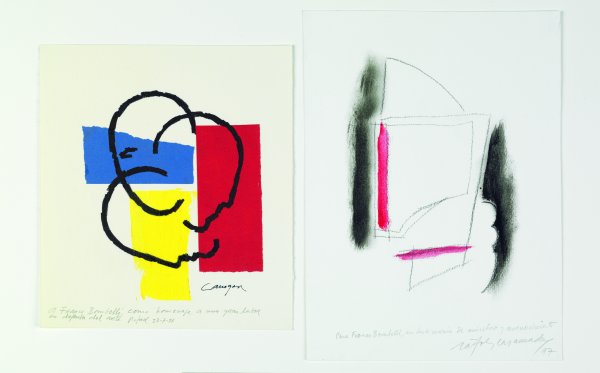 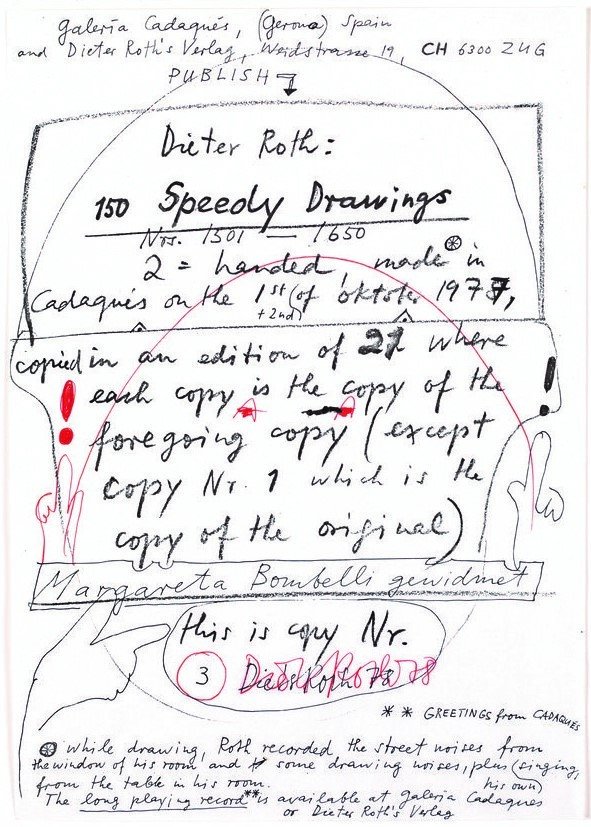 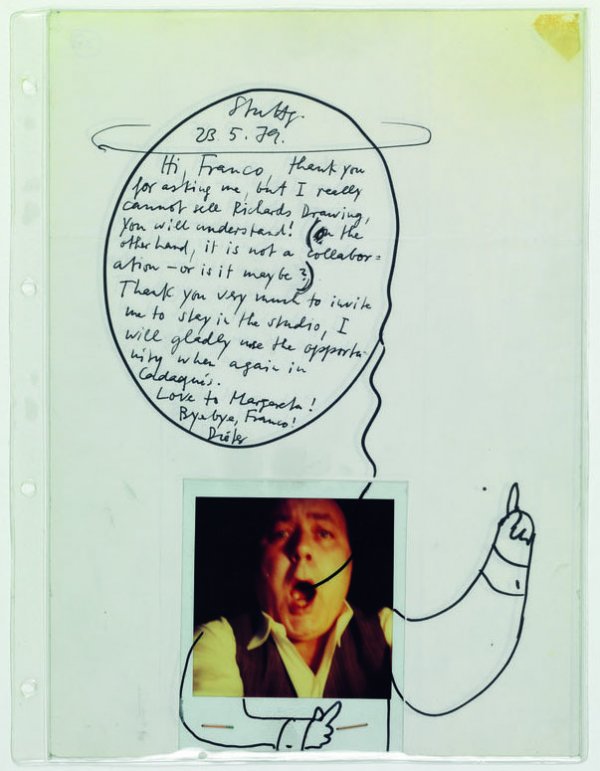 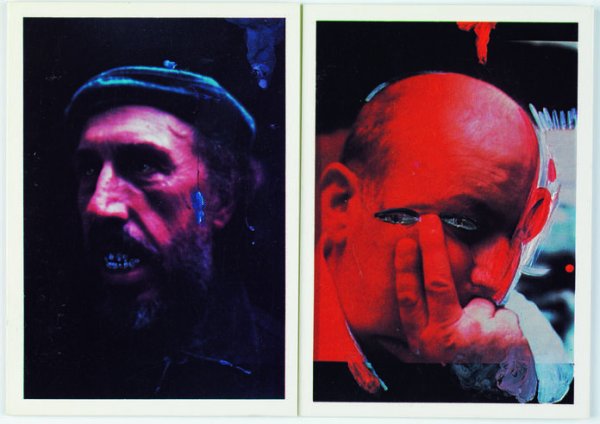 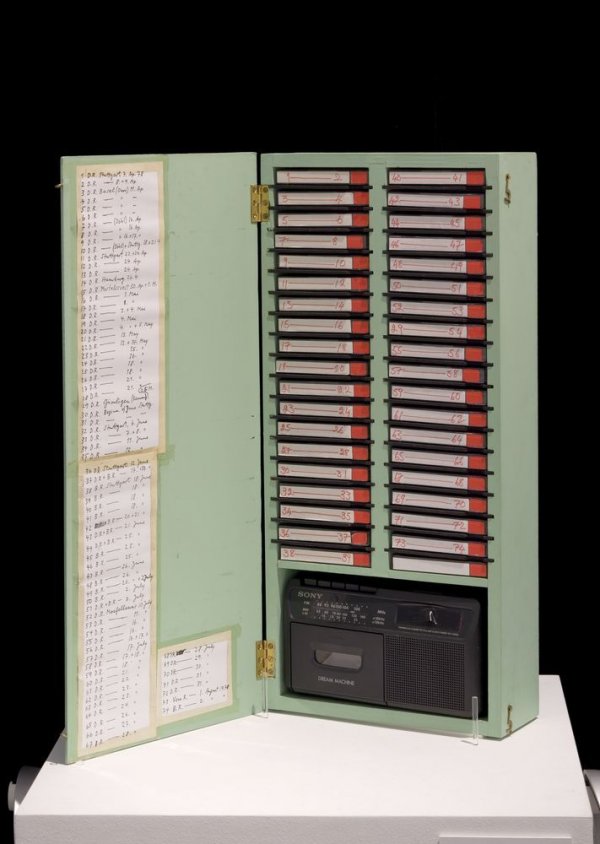 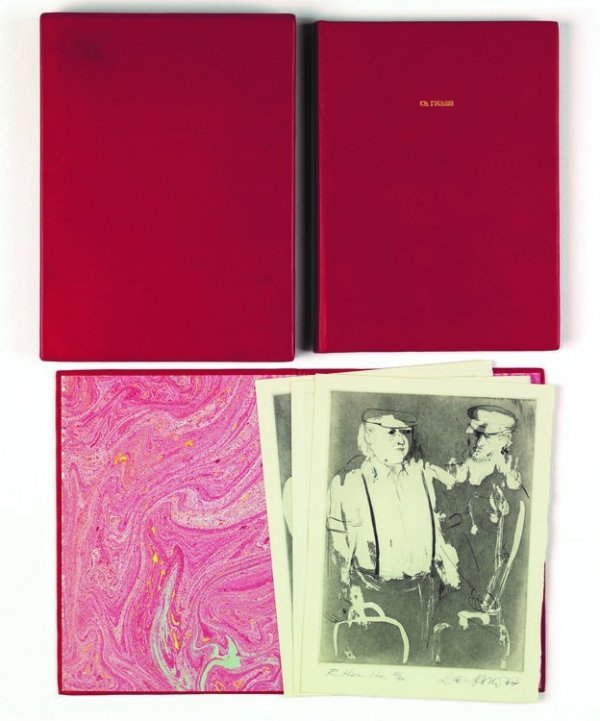 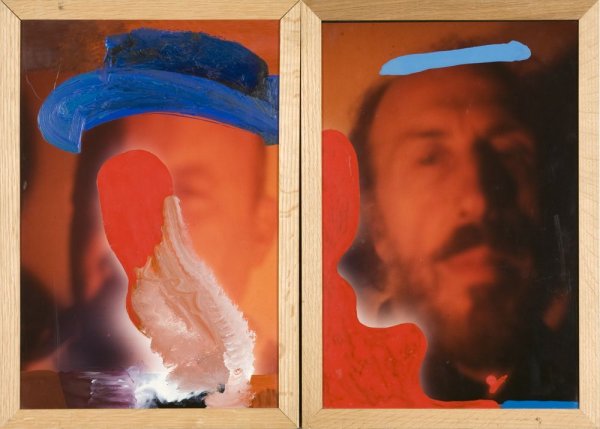 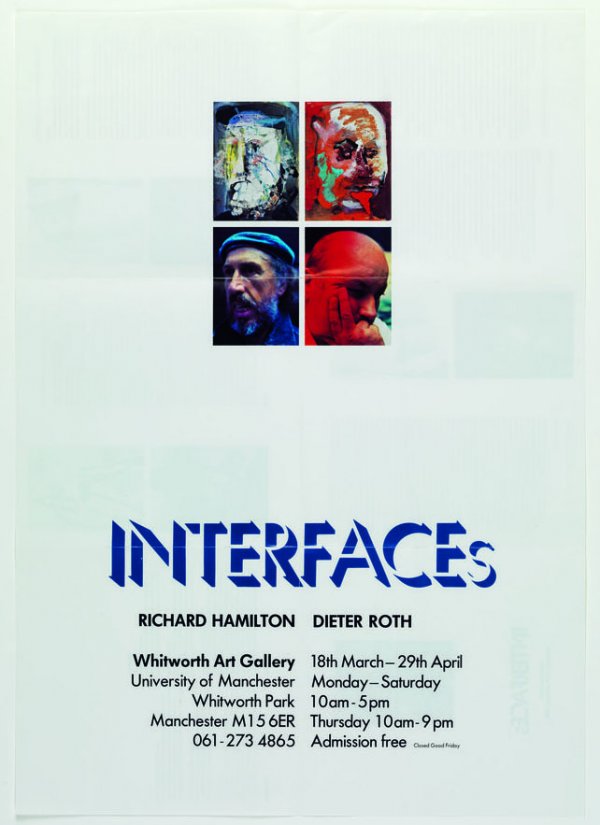 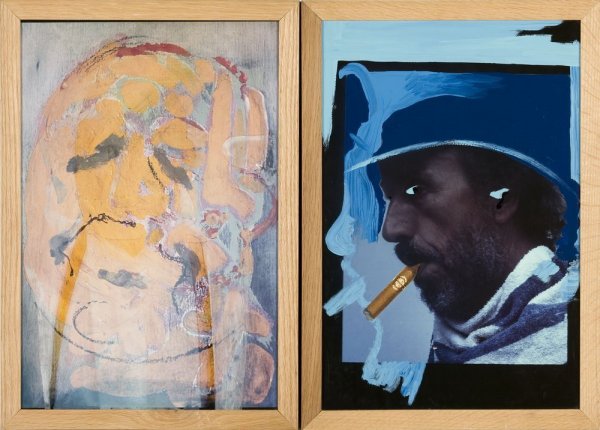 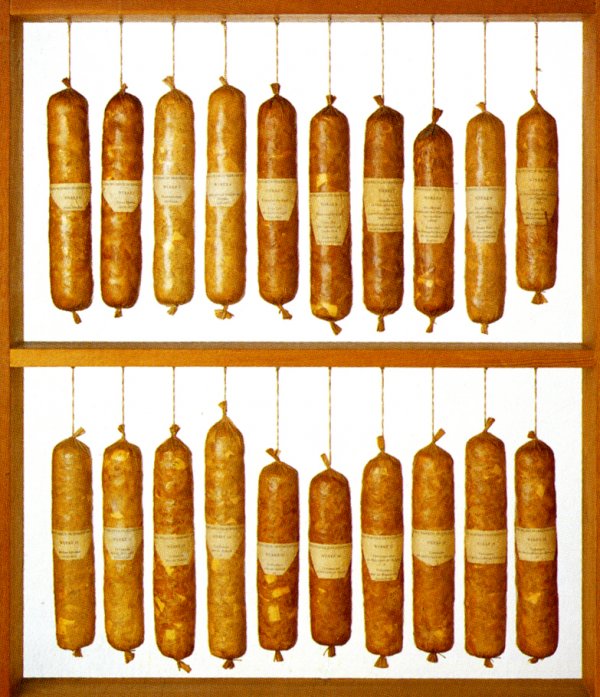 The skin of the world+some other things 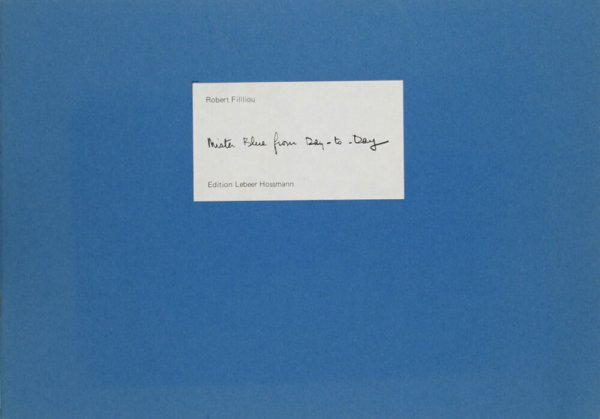 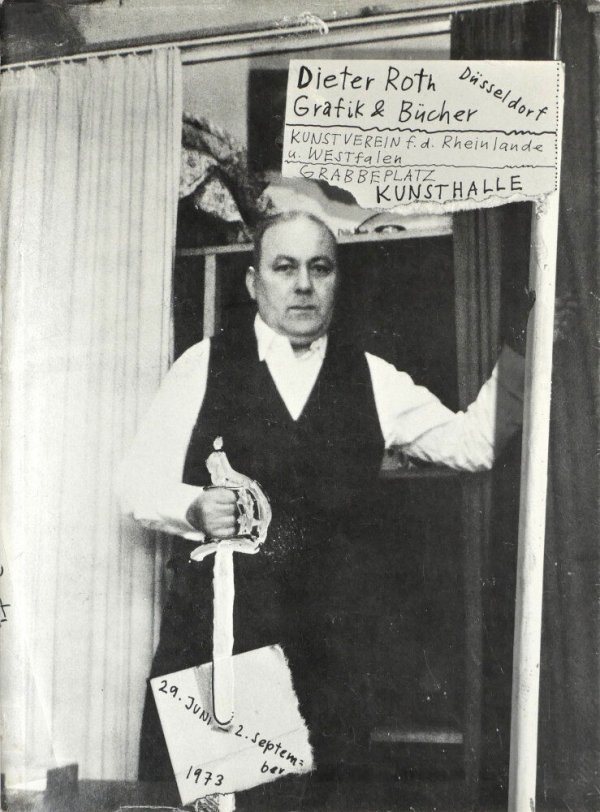 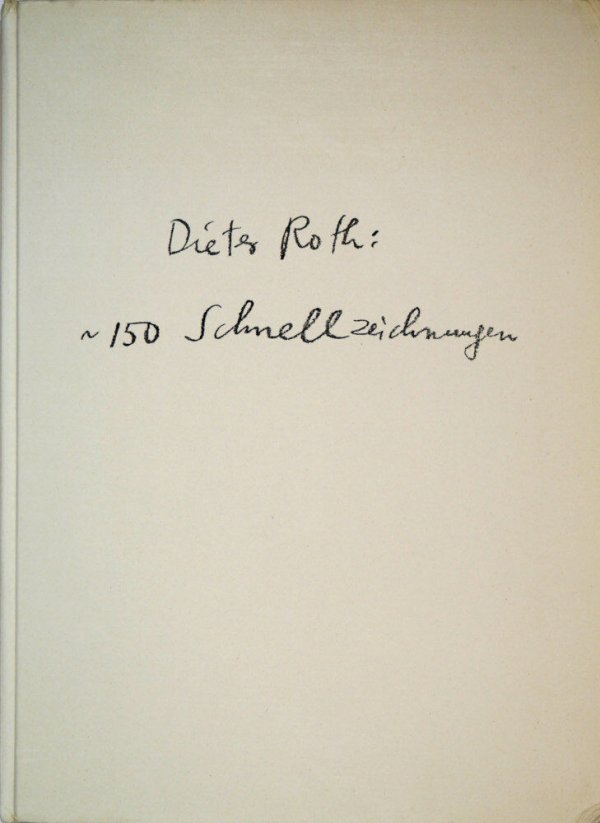 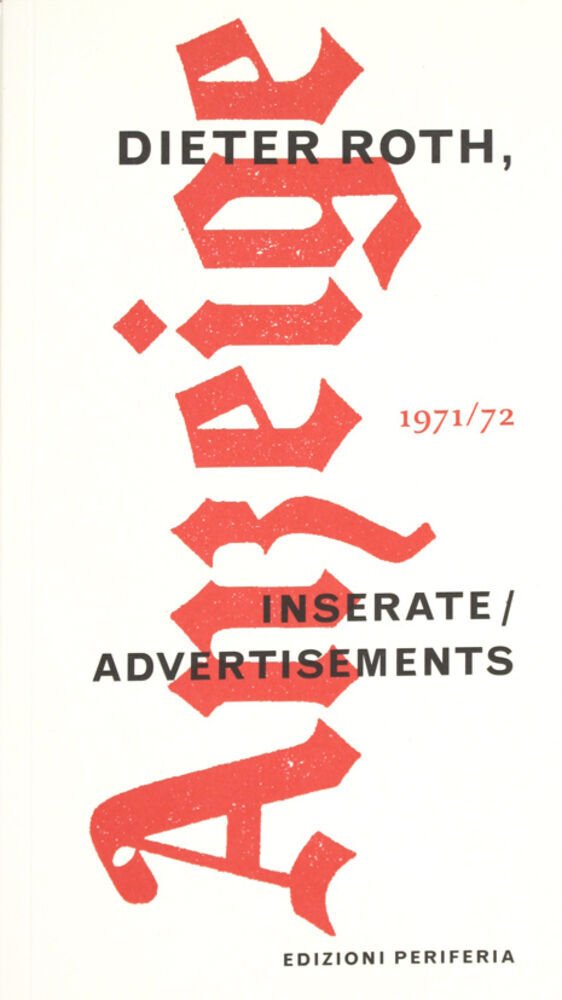 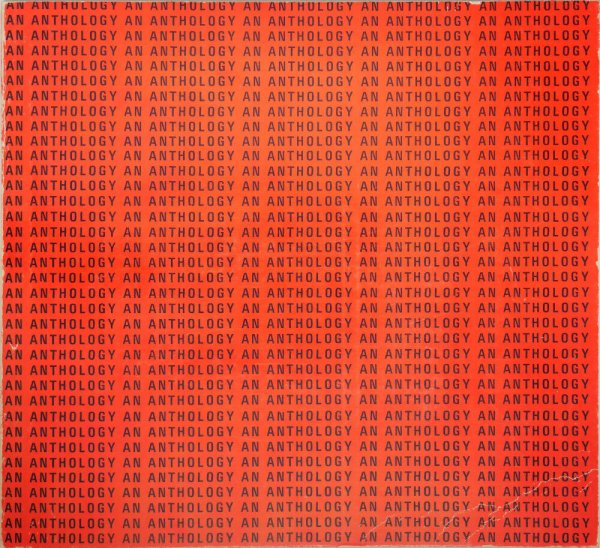 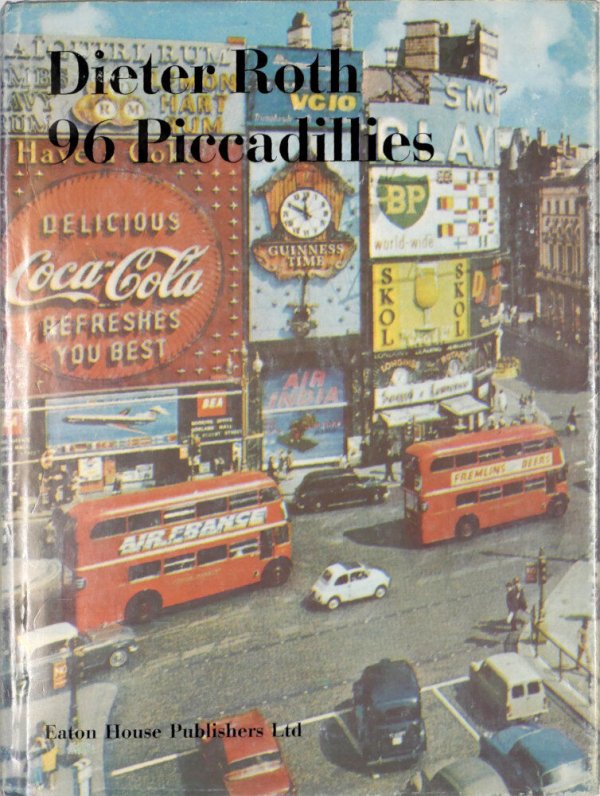 96 Piccadillies / Dieter Roth
1977
See all documents in the Archive →