In the late 1970s, Josep Grau-Garriga, one of the key exponents of the Catalan School of Tapestry, began to experiment with transdisciplinary techniques and with works in large formats, beyond the demands of traditional textile art. He did it through what he called ‘environments’, in which viewers were invited to immerse themselves in the work, in close contact with the materials. Often created in a collective creative process, in these ‘environments’ Grau-Garriga explored new forms of artistic pedagogy in which art and life came together so that the artwork became a shared experience.

In this context, Diàleg de llum (Dialogue with Light, 1986–88) enabled the production and dissemination of textile art to develop new possibilities during that period. Besides the eponymous installation, the exhibition includes a series of photographs, documents and drawings of some of the environments made by the artist.

With these types of works, Grau-Garriga became an international referent in the transformation of tapestry techniques during the second half of the twentieth century.

A research project by Núria Montclús and Esther Grau, in collaboration with Àlex Castro and Alba Clavell. 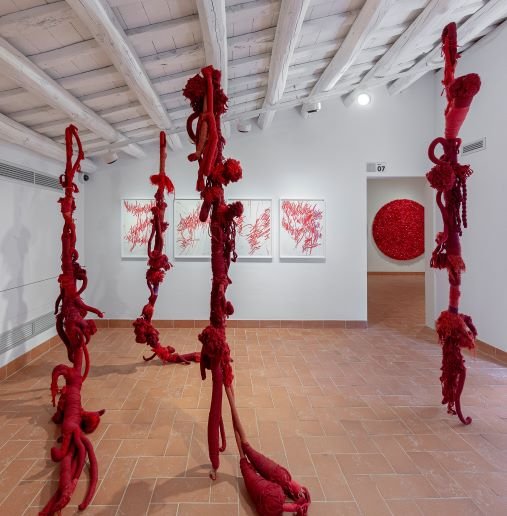