Graffiti Receptes is an autonomous, self-managed, economic, social, cultural and artistic project that currently seeks to reconnect with the sea and its knowledge. Enmeshed in the borough of Barceloneta, it seeks to maintain itself as a generous and enriching ecosystem, dominated by exchange and harmony.

In an area overwhelmed by tourism, Graffiti Receptes co-organises dinners and rituals at the Organització d’Estibadors Portuaris de Barcelona (Dockworkers’ Union of Barcelona), where local knowledge of political activism by unions, neighbours and dockworkers belonging to a traditionally seafaring neighbourhood is shared. Through the words, gestures, smells and textures of the communal meal, oral memory, radical geography and gastronomy become interrelated. Meals are always prepared with local fish from Barcelona’s Fishermen’s Guild, rediscovering old recipes and using forgotten species that are now rarely eaten.

Graffiti Receptes recovers the critical history of the neighbourhood and invests in art and design projects based on the area.

Coordinated by the organising Committee 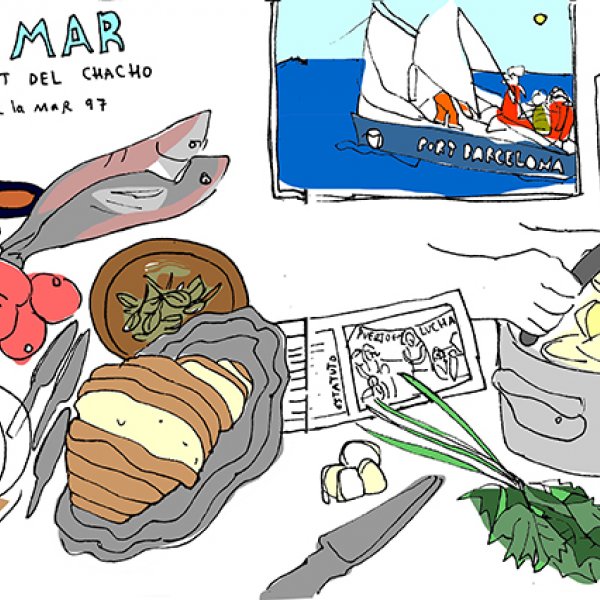