Christian Marclay’s interactive installation Chalkboard (2010) invites visitors to write notes, drawings or graffiti on a architecturally-scaled chalkboard ruled with musical staff lines. Periodically, this "score" is interpreted by musicians. Once a concert is finished, the board is cleared and the process begins again until the next. Despite being a piece of musical notation, the work subverts the classical composition and the conventional score offering this degree of freedom to the public as well as to the musicians.

Dates:
► Monday 6th May, 6.30 pm: Heather Roche & Eva Zöllner (clarinet and accordion)
Clarinetist Heather Roche and accordionist Eva Zöllner are two of the most versatile and flexible voices of contemporary music. Known for their independent career in experimental performance and extended techniques, the duo’s concerts offer ever-changing approaches and aesthetics. Bold musical creation, creative risks, and innovation characterize his work. In cooperation with composers from different parts of the world, they create a new and exciting repertoire and take it to the stage.

► Thursday 6 June, 6.30 pm:Mark Cunningham(trumpet)
Mark Cunningham (New Jersey, 1952) started his musical career more than 40 years ago in the 1970's and 80's New York No Wave and impro scenes, where he first met and played with Christian Marclay, Arto Lindsay and many others. In 1991 he came to live in Barcelona and over the years has become a key figure in the experimental music scene of the city playing trumpet and guitar in a succession of bands including Raeo, Convolution, Bèstia Ferida and currently Blood Quartet, as well as many other collaborations, projects, film scores, and improvisations with dancers and poets.

► SATURDAY 29 JUNE, 18.30 pm:Ferran Fages(electric guitar)
Ferran Fages (Barcelona 1974) is an improviser and composer, and an international reference in the sphere of electroacoustic improvisation. Since the end of the 1990s, he has published over fifty discographic references on national and international labels. He has undertaken tours, performed concerts and led workshops around Europe and South America as well as in Canada and Japan. He plays guitar, resonant objects, acoustic turntables and electronics: “feedback mixing board”, pick-ups and oscillators. He is an experimental and curious musician, and he explores, touches and composes reelaborating and redefining the timbric possibilities of instruments. Under the premise less is more, he has developed a research with the guitar from the use of alternative tunings and not using effects. His raw and unadorned sound is inversely proportional to the elements and resources that he uses.

► FRIDAY 12 JULY, 7 pm:Núria Andorrà(percussion)
She has a ESMUC degree in percussion, after she studieds at the Staatliche Hochschule für Musik Karlsruhe, with a scholarship of the Cultural Government of Catalonia and the Ministry of Education from Spain. After that she studied a master in Contemporary Music at the same university with I. Nakamura, J. Brener and Thomas Hoffer. Currently she is doing his doctoral studies abut “the free improvisation on the contemporary music”. She was a resident artist from Ateneu Barcelonès, Antic Teatre and Phonos Fundation. Nowadays she is the artistic director of Improject, ensemble resident at the ESMUC.

► MONDAY 29 JULY, 7 pm: Tom Chant (saxophone)
Tom is a saxophonist and composer born in 1975, resident in Barcelona. He has been actively investigating the processes of free improvisation for 25 years, collaborating with many internationally renowned musicians over this time, most notably with Eddie Prévost and John Edwards in a trio that has recorded four albums since 1997. Tom has composed experimental pieces for choir and small ensembles, including the 2017 disc Stripped Abstract, a long, rumbling, acoustic drone featuring the crop of young improvisers in Barcelona. In a parallel musical life, Tom has been a member of pioneering new jazz outfit The Cinematic Orchestra for over 20 years.

► WEDNESDAY 18 SEPTEMBER, 7 pm: Barbara Held (transverse flute)
Barbara Held is a flutist and composer based in Barcelona. Her practice as a classically trained musician gives priority to a lifetime of collaboration, of interdisciplinary work in relation to other artists.  Known for her subtle exploration of the minutae of sonic material, she creates sensitive, focused sound work that exposes the detail of the physical space of listening in equal part to a keen attention to how we listen as bodies moving through the world. She has commissioned and performed a very personal body of new repertoire for flute by artists including Alvin Lucier, Carles Santos and Joan Brossa, and was flutist with New York’s Bowery Ensemble, a group with close ties to Cage and Feldman. 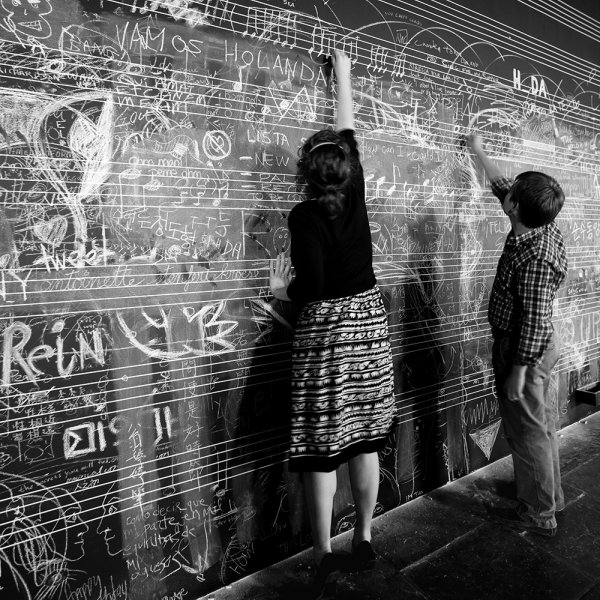 FROM 6 MAY TO 18 SEPTEMBER
Venue: Museum galleries
Admission: Activity included in the price of admission. No booking required. 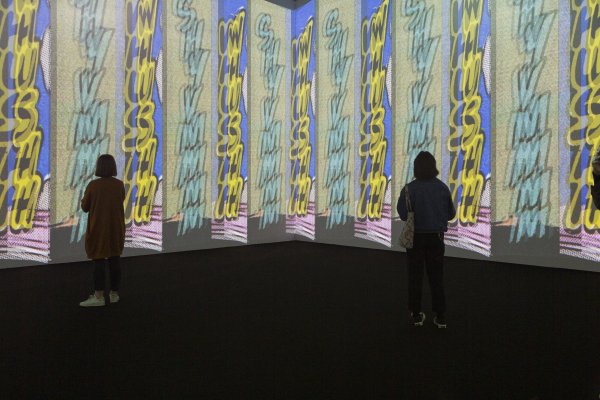