ARTefACTe is a newly instituted performative cultural laboratory developed around the advancement of performative practices and studies of performativity. Among ARTefACTe’s objectives is a yearly event organized in partnership with Barcelona’s visual arts ecosystem.

ACTION MUSIC? In September and October 2020 ARTefACTe is coordinating a pilot programme of its project ARTefACTe0, focusing on action music. ACTION MUSIC? is a programme of jointly organized activities at the city level that reflects on, revives, vindicates and updates the concept of action music as a space of osmosis between gesture and sound. ARTefACTe is an initiative of Club9 and Trànsit Projectes.

Jordi Mitjà. Figueres, 1970.
Lately, my work processes have moved progressively toward the use of formal languages, in order to explore diverse materials, techniques, spaces, trades or situations, which I decode and adapt in support of ever-mobile interests. Transforming uses, expanding horizons and changing points of view is a constant in these processes. To do this, I incorporate a whole battery of behaviours and systems that I call “dyslexic”. They are unlimited strategies for improvisation in responses, with results that open new paths, as in a kind of constant flow.

Pedro F. Bericat. Zaragoza, 1955.
Mass society only wants pastimes. The perceiver as seer/witness of the cultural repressive process.
Happiness consists of contemplation. (A sentence to happiness). The world as a recreation of ignorance.
Involution / Evolution / Revolution / Return AOUM.

Quim Tarrida. Barcelona, 1967.
Multidisciplinary artist with a neo-pop aesthetic, but also with a specific weight from the legacy of conceptual art. He began in the field of drawing and comics in the eighties, when he created his own universe (Subcutaneous World). Apart from his artistic production more linked to the world of performance art, contemporary music and sound art, he creates photographic, videographic, pictorial and sculptural work in which, fascinated by toys, the organic and comics, he establishes links with the universe of lost childhood. At the same time, he has developed his professional career as a copywriter and art director in advertising agencies, design studios and interactive communication. Today he collaborates with the actress and director Agnès Mateus in the plays Hostiando a M and Rebota rebota y en tu cara explota as co-director, creator and producer of audio-visual materials.

Oscar Abril Ascaso. Barcelona 1966
He is a cultural activist, artist, exhibition curator, and cultural producer. As an artist, he has always been linked to performative practices and studies of performativity, whether in action art, sound research or pop music. During the nineties of the last century, he defined his sound art work under the brand name oaa soundworks. At oaa soundworks, action music, soundscape recording and educational experiments converge. oaa soundworks operates along three parallel lines of action, baptized as RMS (Ready-Made Sounds), LTM (Low-Tech Music) and MRP (Metareference Projects). All of them are different strategies for approaching sound phenomena, but share a practical and participatory policy of instrumentalization of some of the historical legacies of sound art from the 20th century. 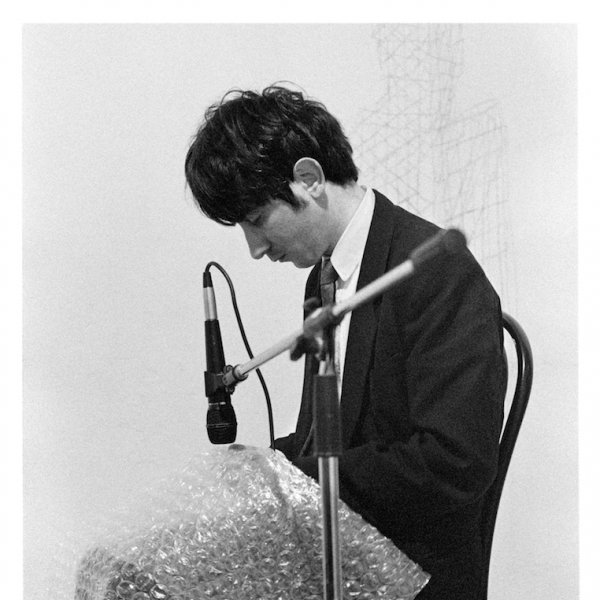 Expansion of the “Action at the end of the month” programme on September 26, 2020.

Pere Lluís Pla Boixó. From the Ecorapper-Plaboixó. From “the Last-Performance” (1996) to the acronym of MEC = “Movement-Eco-Concentrologue”. 2020, 20'.
The MACBA makes a request to relive the performance genre SONG-PERFORMANCE === It uses precisely the non-rhetorically titled “The last performance” (10-11-1996) ==== Which I link with the MEC-MEC
=== The words express disaffection towards performance art = as much = as a withdrawal from/denouncement of an evasive individualist romantic spirit! === Just the opposite of the MEC-MEC = centre of the balanced equality/liberty pendulum! === Ecopolitical-Movement = fictional politics = cutting-edge-Ecopolitical-art! === Ecorap raising the Caduceus or picket signs! === Exaltation of Heroic-Ecoactivism! === Uninhibited-sublimating-sublime-proactive-masochistic simulation = Lulian and productive = non-frivolous transmutator of negative things into positive ones! === Hyper-democratic = alter-systemic and pro-reduction quality of life! === Society of synthetisophistic multi-knowledge! === Cause of force majeur = climatic-desert on the horizon = Civilising Climate Change (ccc)!
Illusory world! = But the illusory is exciting!
Arne-Naess-ecosophy = ecopolitical personal fulfilment! === The Sloterdijk of the anthropotechnics = the ECOCONCENTROLOGUE! === Espinozan-Leibnizian and Kantian non-superstition! === Cosmic-Consciousness === Self-hypnosis of the generic and particular simultaneously! === Look at the Hunger-of-the-World without blinking! === Not finding refuge in social elements to sell anything = but to sell Ecophilosophy and Ecoart for Global-Warming that changes everything stop!
In addition to the MEC-MEC = among other initials there are = those of the HITEREP = Hypnotic-Transit Ecorap-Rhythm-Ecomovement-Pacifist + the initials of the FEMAYELLI = of the External-Hunger-of-the-World Fed-in-the-Yangyin -of- Liberty/Equality-Balance.

Jordi Mitjà. Artificial. 1996, 4'.
When the access to new technologies proliferated and the democratization of music began, Jordi Mitjà played with certain elements of amateurism to create a parody of sound experimentation. From the inside of his mouth, the artist travels to the decade of the nineties, to electronic music and the star sweeties of the moment, the Peta Zetas, to address the sonic dimension in a physical, almost scatological way. The first version was recorded on video to reminisce upon a performance piece done at the Vic III Low Tech Music Session action music festival in 1996.

The piece Em sap molt greu (“I don’t feel at all good about it”) corresponds to one of the series of sound actions or action music that Quim Tarrida presented on July 11, 1996 in the 3rd Low-Tech Music Session (action music festival), as part of the “VicHció” days of the Quam’96 at the Vic Casino. For the occasion, Quim Tarrida published a mini book with the sheet music, in a printing of 25 copies.

Oscar Abril Ascaso. Low-Tech Music No. 5 (honeycomb polyethylene plastic piece). 1995, 30'.
“Honeycomb polyethylene plastic is the plastic bubble wrap used to protect wrapped objects. It is quite common, when someone has a piece of bubble wrap plastic in their hands, to enjoy bursting some of the bubbles. The piece consists of bursting all the bubbles of a honeycomb polyethylene plastic sheet, metre by metre. Every time I perform this piece the audience has a similar reaction. When I begin it, the audience laughs. Ten minutes later, no-one is smiling. After fifteen, parts of the audience mockingly insult me from time to time. After twenty, large sectors of the audience leave the room. In Madrid, reaching the end of the piece after forty minutes, two women in the audience came to the foot of the stage and tore the plastic out of my hands, bringing the piece to an abrupt end. Oddly enough, the same thing happened to Carles Santos in 1970, when he went to Madrid to play a piece by Steve Reich and the concert was ended when a spectator got up and closed the piano cover. It seems clear that we haven’t advanced much since then. Paradoxically, in my opinion, the piece’s extensive length, far from being an obstacle, is a bridge I extend to the audience. If it were up to me, it would be enough to burst just one single bubble.” 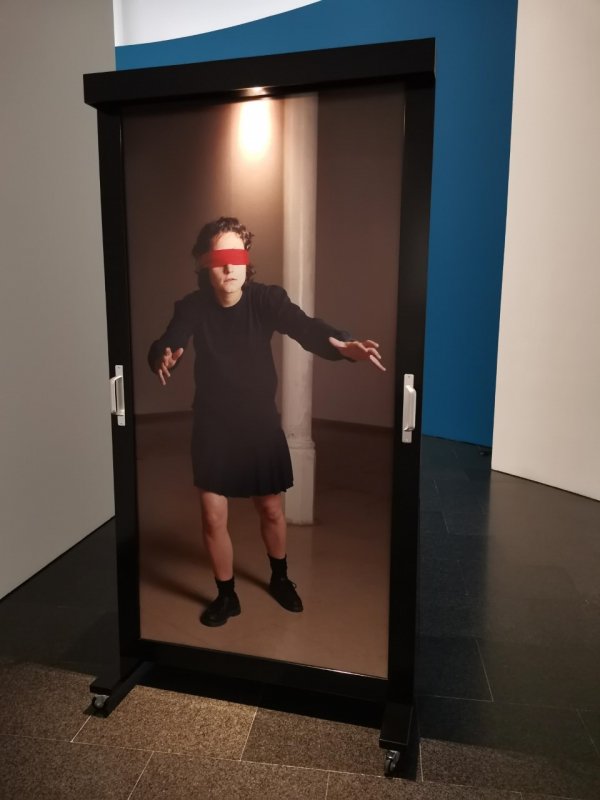