How are globalisation, digital media and changing patterns of migration affecting our understanding and experience of the contemporary work of art, and how are contemporary artists engaging with curators to think about the condition of the contemporary through their work, its display and collection? How are curators working with new forms of artistic production, particularly ‘immaterial’ works of art, that fall outside conventional forms of display, collection and archive?

This ‘research exhibition’ brings together international artists and curators who have been working in collaboration as part of the major European MeLa research project ‘European Museums in an Age of Migrations’ to consider these and other questions of artistic and curatorial urgency as museums begin to think about their future and role in the 21st century. The six collaborations are:

In particular, the research exhibition reflects on the challenges and opportunities of curatorial and artistic research in the 21st century, and the rise of new forms of practice such as performance, sound, and video which are both expanding the range of artists’ interests and challenging conventional ideas of the ‘art object’ in museums and galleries. Following what has been described as ‘the curatorial turn’ and ‘the educational turn’ the exhibition considers how complex the interface is between issues of representation, globalisation, collection and object, curating, programming, audiences, and technology.

ARTISTS
Lawrence Abu-Hamdan (b. 1985 Amman)
Lawrence Abu Hamdan’s work frequently deals with the relationship between listening and borders, human rights, testimony, truth and law, through the production of audio-visual installations, graphic design, sculpture, photography, workshops and performance. His work with sound and its intersection with politics originate from his background in DIY music. His work was submitted as evidence at the UK asylum tribunal where the artist himself was called as an expert witness. His solo exhibitions include The Freedom Of Speech Itself (2012) at Showroom, London, The Whole Truth (2012) at Casco, Utrecht and most recently Tape Echo (2013) at Beirut in Cairo His works have been part of group exhibitions at Tate Modern London, M HKA Antwerp, Van AbbeMuseum, Eindhoven, the Beirut Art Center and The 2012 Taipei Biennial. Abu Hamdan’s writing can be found in Forensis Sternberg press, Manifesta Journal and Cabinet Magazine. Abu Hamdan curated events at the Reitveld Academie in Amsterdam and at Batroun Projects Lebanon. He is part of the team Forensic Architecture at Goldsmiths College London where he is a PhD candidate and lecturer.
Website: www.lawrenceabuhamdan.com

Leo Asemota
London based Nigerian artist Leo Asemota has been working on ‘The Ens Project’ since spring 2005. The works in the exhibition continue his evolvement of the live art work ‘Eo ipso’, which is the catalyst in the multipartite art work informed by a ceremony to the Head practiced by the Edo people of Benin City in Nigeria, Victorian age of invention, exploration and conquest and the seminal essay “A Work of Art in the Age of Technological Reproducibility” by the late German thinker Walter Benjamin. Asemota considers ‘Eo ipso’ to be the last component in ‘The Ens Project’.
Website: http://www.eotla.com

Kader Attia
Kader spent his childhood between France and Algeria, between the Christian Occident and the Islamic Maghreb. Using his own background that has been defined by several cultures simultaneously, he explores he impact of Western cultural and political capitalism on the Middle East, Africa, Asia, and Latin America, as well as how this residual strain of struggle and resistance to colonisation impacts the mind of any immigrant as a territory. Having lived in the banlieues in the suburbs of France, his work is influenced by his life experiences between different cultures and places, and their contrasting structures. In series of works that employ different materials, symbols and scale, Attia explores questions of community, diversity, belonging and exile and the tangle of identity conflicts in the age of globalization. While each new series employs different materials, symbols and scale, Attia’s practice continually returns to a sustained look at the poetic dimensions and complexities of contemporary life, which examines our constructions of realities.
Attia’s work has been widely exhibited at major international institutions including the ICA, Boston (2007), the Centre Georges Pompidou, Paris (2011), the Tate Modern, London (2011), MoMA, New York (2012), dOCUMENTA(13) (2012), and KW Institute for Contemporary Art, Berlin (2013) . Kader Attia is represented by Galerie Christian Nagel, Berlin and Cologne, and Galerie Krinzinger, Vienna. Awards include the Cairo Biennial Prize (2008) and the Abraaj Capital Art Prize (2010).

Quinsy Gario
Quinsy Gario was born in Curaçao and raised in St. Maarten and the Netherlands. He studied Theater, Film and Television Studies at the Utrecht University with a focus on Gender and Postcolonial Studies. Under the pseudonym T. Martinus, Gario has self-published two poetry collections. He won the Hollandse Nieuwe 12 Theatermakers Prize 2011 and was a finalist of the Dutch National Poetry Slam Championships 2011. In 2012 he started his own radio show called ROET IN HET ETEN (Spanner in the works).
His video work produced under the banner of NON EMPLOYEES has been shown on MTV Netherlands, and he is a member of the pan-African artist collective State of L3. His work has been part of exhibitions in Galleri Image (Denmark), Museum van Hedendaagse Kunst Antwerpen (Belgium), SMART Project Space and Stedelijk Museum Bureau Amsterdam (Netherlands). He has performed in MC Theater (Amsterdam, Netherlands), Contact Theater (Manchester, United Kingdom) and Ballhaus Naunynstraße (Berlin, Germany).

Camille Henrot
Camille Henrot (born 1978) lives and works in New York. Recent solo exhibitions include the New Orleans Museum of Art (2013); Slought Foundation, Philadelphia (2013); kamel mennour, Paris (2012), Espace Culturel Louis Vuitton, Paris (2010). Group exhibitions include_Companionable Silences_, Nouvelle Vague, Palais de Tokyo, Paris (2013);_A Disagreeable Object_, SculptureCenter, New York (2012); _Elles_,Centre Pompidou, Paris (2010). Henrot was nominated for the Prix Marcel Duchamp in 2010 and received the Silver Lion at the 55th Venice Biennale, 2013. She is shortlisted for the Hugo Boss Prize 2014 and has a forthcoming solo exhibition at the New Museum, New York, opening in May 2014.
For the project European Museums in an age of migrations, Camille Henrot and Bétonsalon - Centre for art and research’s team wish presenting the ongoing process of the artist’s collaboration with the Natural History Museum in Paris, the “behind the scene” aspects of the developing exhibition.
Web: www.camillehenrot.fr

CURATORS
Victoria Walsh (Project Director, MeLA, Research Field 04, Curatorial and Artistic Research)
Victoria Walsh is Head of the Curating Contemporary Art Programme at the RCA. Focused on interdisciplinary, practice-based, and research-led teaching she is the co-author of Post Critical Museology: Theory and Practice in the Art Museum (Routledge, 2012). From 2005 to 2012 she was Head of Public Programmes at Tate Britain during which time she was Co-investigator of the major three-year research project, ‘Tate Encounters: Britishness and Visual Culture’, funded by the Arts and Humanities Research Council under their strategic programme ‘Diasporas, Migration and Identities’. A collaboration between Tate Britain, Chelsea College of Art and Design and London South Bank University, the project addressed the relationship between curatorial practices in the art museum, audience development and engagement, and the impact of cultural diversity policy. The research findings centre around the limits of the politics of representation and identity and aesthetic modernism as a curatorial trope within an analysis of the contemporary cultural condition of hypermodernity, globalisation and digital distribution.
Website: https://www.rca.ac.uk/more/staff/professor-victoria-walsh/

Paul Goodwin (Curatorial Research Advisor)
Paul Goodwin is Professor of Black Art and Design at Chelsea College of Art and was previously Curator of Cross Cultural Programmes and Curator of Contemporary Art at Tate Britain. Goodwin’s curatorial and research work currently evolves around African diaspora art in the UK and US since the 1980s; art and sculpture in public spaces; and postcolonialism and globalisation in curatorial and museological practices. At Tate, Paul created platforms for international cultural dialogue by curating a programme of talks. He was Consultant Curator for the international survey exhibition Afromodern: Journeys Through the Black Atlantic at Tate Liverpool in 2010 and co-curator of the Tate Britain exhibition, Migrations: Journeys Into British Art, about migration in the history of British art from 1500 to the present day, 2012. He is also Curatorial Research Fellow at King's Cultural Institute, King's College London. In 2012 Paul participated in the RCA’s Mela research programme through the symposium on Colonaility, Curating and Contemporary Art organised by CCA, RCA and the Centro Andaluz de Arte Contemporáneo, Sevilla, Spain.

Bartomeu Marí (Director of MACBA - Museum of Contemporary Art in Barcelona)
Bartomeu Marí was born in Ibiza (Spain) in 1966 and since 2008 Director of the Museum of Contemporary Art in Barcelona (MACBA). He was the Curator of Exhibitions at the Fondation pour l’Architecture in Brussels (Belgium) between 1989 and 1993, and was also the Curator at IVAM-Centre Julio González in Valencia (1994-1996). He has been director of Witte de With, Centre for Contemporary Art in Rotterdam (The Netherlands) during 1996 – 2002. Between 2002 and 2004, Marí was the coordinator of the Centro Internacional de Cultura Contemporánea in Donostia-San Sebastián (Basque Country). In 2002 he co-curated with Chia-chi Jason Wang the Taipei Biennial and in 2004 he co-curated with James Lingwood the exhibition “Juan Muñoz. La Voz Sola. Esculturas, dibujos y obras para la radio”, shown at La Casa Encendida, Madrid. In 2005, he was the Curator of the Spanish Pavillion at the 51st Venice Biennial, where Antonio Muntadas was the invited artist. Between 2004 and 2008 he worked as Chief Curator at MACBA, Barcelona. Since August 2013 is the President of CIMAM. 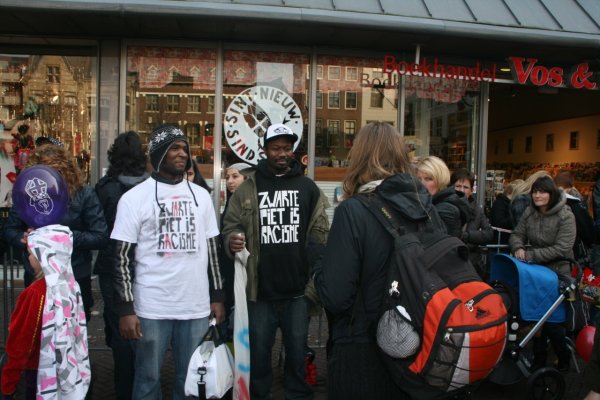 Transfigurations Performance + screening of the film + lecture
Others
By presenting a story of a victim of violence in Colombia, I am calling on the memory of pain which all human beings have, here or anywhere else in the world.
Doris Salcedo