The retrospective on stanley brouwn (Paramaribo, Surinam, 1935) held at the MACBA in 2005 was the first exhibition ever held in Spain on the work of this Netherlands-based conceptual artist.

According to brouwn, the possibilities for vertiginous travel that are offered by means of transport such as aeroplanes have impoverished our perception of distance and rendered it meaningless. Faced with this, the artist has developed an oeuvre that revolves around a creative epicentre based on measuring systems and all kinds of distances, spaces and routes that can be measured. brouwn’s works emerge from everyday experiences, and seek to create awareness of movement. His seemingly minimal gestures conceal a methodical and obsessive process of documentation of the world around us.

The exhibition included drawings, notes, maps, sketches, models, placards and even the walls, floors and display cabinets of the museum.

the covering of distances, the moving from a to b, is one of the most essential, everyday human activities. since 1960 the work of stanley brouwn has concentrated on this activity. a retrospective presentation of his work from 1960 to the present is on view at the museu d’art contemporani de barcelona from 22 june to 25 september 2005.

brouwn uses his own subjective units of measure (the sb-foot, the sb-ell and the sb-step) and sets these against the universally adopted metric system or other – often obsolete – locally used units of measure. at first brouwn noted these distances in sections of line on paper, or in text and figures on filing cards kept in card index boxes or in notebooks. since the early nineteen eighties he has also used aluminium sheets and strips as well as wooden or metal volumes. he regards these two and three dimensional forms as measuring instruments. by using these units of measure he among others portrays people, buildings, spaces, walls, and floors.

in brouwn's work, form and material are dependent on concept. for his exhibition walking through cosmic rays at the städtisches museum in mönchengladbach, brouwn asked the museum to remove all artworks and leave the spaces empty so that people could experience walking through cosmic rays. at the s.m.a.k. in ghent in 2001 he portrayed the rooms and walls by noting their measurements on cards while the spaces remained empty.

in other works, brouwn measures existing buildings and marks their sizes on paper or confronts an existing space with a specific unit of measure. in the museu d’art contemporani de barcelona the walls and floors serve as material for works in the exhibition. the display tables and display cases are based on brouwn measurements. architectural models of yet-to-be-built buildings, based on the sb-foot, the sb-ell and the sb-step, can also be seen. this summer brouwn realises his first building in utrecht, the netherlands.

the earliest works in the exhibition consist of the series this way brouwn. brouwn asks passers-by the way from a to b; the directions are clarified by notes on paper. sometimes the directions are only verbal and the paper remains blank. brouwn later stamps “this way brouwn” on the sheets of paper. other works from that same period are the works of footsteps on paper. while walking, brouwn lets sheets of paper flutter down onto the pavement and the street. the sheets of paper marked with traces of passers-by en route from a to b are later collected again. at the same time brouwn also makes suggestions for the covering of distances. one such example is the work from 1962 a walk through a grassfield exactly on the same line a-b; every day during a full year.
in the early seventies brouwn went to morocco and algeria via belgium, france and spain. each day he carefully noted the number of footsteps he took in each of the countries. the result is the work from march 18 until april 18, 1971, i defined my total number of footsteps each day by means of a handcounter, which comprises an inventory of his steps on little cards. this project is the first in a series of works in which brouwn notes the distances covered during a certain period in a certain country or city while the total amount of steps in a number of countries are recorded. next to these works in which he actually records distances covered there are works in which he constructs and analyses distances, like those in which the distance of 1 metre is described in relation to distances ranging from 1 km to 1 mm.

the material for a later group of works are the imaginary distances between brouwn and a certain point or person at a certain moment in time. imaginary lines or triangles change in length from second to second, depending on the position of those involved. in other works, existing spaces are contrasted with imaginary spaces.

brouwn does not publish any photographs of his work or any biographical or bibliographical details. he does not consent to giving interviews. such information detracts from the work itself –“it is deadwood”, argues brouwn, “the work itself provides the interviews, writes the biography.” brouwn has maintained this attitude since the beginning and for him it constitutes a part of his work “…it is material”, he says.

during the exhibition an ample selection of publications by stanley brouwn can be consulted at the museum library. by appointment only (tel: 93 412 08 10).

a publication in english accompanies the exhibition (price: euros 12,50).

“in my work i never speak about drawing or sculpture”

“each millimetre, metre and distance has its own identity”

“never before have distances been so meaningless as nowadays. increasingly more people fly long distance several times a year. the validity of the concept of distance is becoming still further eroded. in my work distances are recharged again. they regain meaning.“

“a distance is direction-oriented, an imaginary distance can be direction-less”

“the display is material in itself”

“the publications are long-lasting exhibitions” 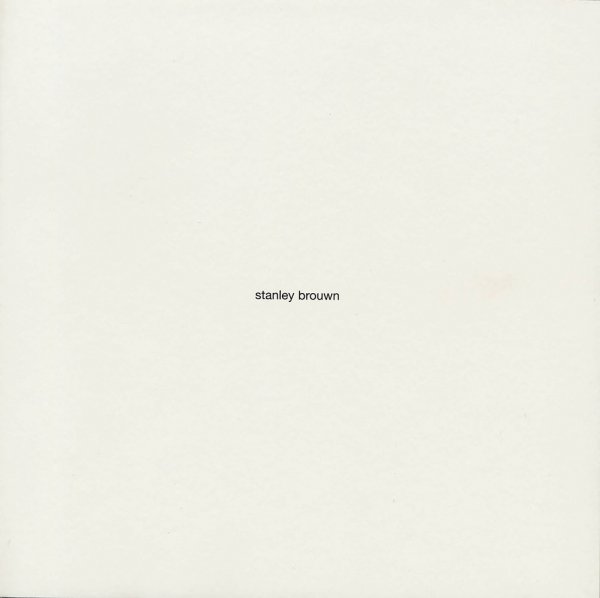