In the eighties, Txomin Badiola (Bilbao, 1957) was part of what has been called the New Basque Sculpture movement, along with fellow artists Ángel Bados, Pello Irazu, Juan Luis Moraza and María Luisa Fernández. Under the constructivist spirit of Jorge Oteiza, these artists took a critical approach to late-modern Formalism, constantly questioning its boundaries and testing alternative models of artistic production. But in 1990, Txomin Badiola settled in New York, and from there he set out to completely overhaul the formal and conceptual bases of his work. Video, film, television, photography, photonovels, comics and mainstream music began to interact directly with his sculptural works, in a process of hybridisation and a fusion of languages that challenged modern artistic autonomy. At the same time, narrative fiction and its flow over time began to play a fundamental role in his work.

Txomin Badiola. Malas formas could be seen as the artist’s response to those who branded him a formalist: “Sure they are forms, but they are bad forms that can interfere with others and create mutations,” he said. The exhibition brought together a total of 37 works produced since 1990, presented as a huge metasculpture that was packed with codes and references that invited visitors to become actors, spectators and performers, all at once.

The product of a dialogue between the artist and the museum, this exhibition will bring together for the first time the outstanding works done over the last fifteen years by Txomin Badiola (Bilbao, 1957), one of the leading artists of his generation. There are about thirty, belonging to international public and private collections, which will be shown arranged along a route combining the different supports he has been investigating during those years.
The sculptures in the Bañilandia series, the photographic investigation of Los otros and the multimedia installations of recent years are organised in this exhibition in a metastructure where film, architecture, sculpture, photography and theatre live side by side in a single conceptual and physical space, where the spectator becomes part of the work. 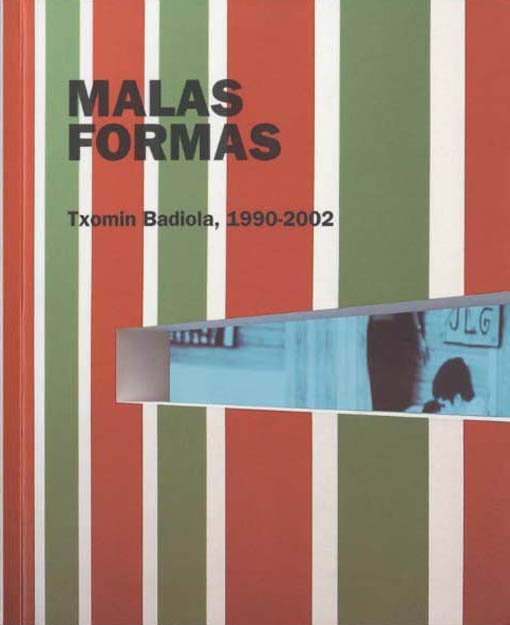