The exhibition Luis Claramunt. The Vertical Journey features a broad selection of works produced by the artist in the period from the early seventies to the late nineties. Although Luis Claramunt (Barcelona, 1951 – Zarautz, 2000) is known almost exclusively for his work as a painter, this exhibition presents a complex cosmology that is nonetheless unified and consistent, based on his drawing series, his photographs and the self-published books that complement his pictorial work and go beyond it.

A self-taught artist, Claramunt belongs to a generation that tried to be of its time without belonging to it. The start of his career in the seventies coincided with the emergence of a more politicised approach to art to which most of his contemporaries subscribed, at a time when Barcelona was teeming with experimental initiatives in the spheres of art, literature and film, as well as underground subcultures.

During this period, Claramunt swam against the tide, focusing on painting rather than looking to the avant-gardes for inspiration. The finishes of naturalist painting, and in particular the work of Isidre Nonell, became the first rung of the ladder that Claramunt would build in the course of his life. The subject matter and style of his work gradually changed as Claramunt physically and socially distanced himself from Barcelona.

The first retrospective of his work, this exhibition reveals an artist who uses drawing, photography and self-published books to write innumerable pages in which the history of literature becomes an essential counterweight to the history of painting. His work evokes human places and environments: literary topographies, fictions and stories that engage the eye and the spirit.

The exhibition is structured by series and aims to show the extent to which, for Claramunt, living and painting were one and the same experience. Madrid, Seville, Bilbao and his frequent trips to Marrakesh came to replace Barcelona in a geographical territory that he never tired of representing. The Vertical Journey charts a course through his body of work as it gradually sheds its heaviness, with matter and images being stripped back to the point of becoming a kind of calligraphy.

Although the exhibition is chronological, it starts with a selection of Claramunt's drawings and self-published books, produced from 1994 to 1999, as an introduction and a frame of reference that allows visitors to interpret his pictorial work. The drawings encapsulate an intense creative energy and reflect a working method based on the immediacy of perception and the mediation of memory – both of cities and of his reading. Claramunt saw drawing as a way of dwelling in and understanding the spaces he moved through. He did not usually frame his drawings or exhibit them in galleries, nor did he extol their physical qualities or their ‘originality'. Rather, he often photocopied them onto coloured paper in order to highlight their graphic nature, gesture and sequence. Despite their quick execution and fragility, these editions open up new perspectives on Claramunt's work as a whole. Along with his drawing series, they sum up the artist's approach to the labour of painting, based on intuition and speed.

A small room displays the figure-portraits inspired by the book Treasure Island, and is thematically linked to the adjoining gallery in which visitors can see his Barcelona paintings, including his ‘hanging' compositions. The interior of Flamenco tablaos and urban landscapes are presented as a motley ensemble, in which a frenzied graphic approach eschews illusionist perspective in favour of showing a web of relationships in which architecture merges with bodies and objects, opening up contours and breaking up the figures. Dating from the mid-eighties, the Barcelona and Seville paintings clearly show Claramunt's evolving use of colour, as the works become almost monochromatic,and how the artist begins to focus on strictly compositional elements using the abstract mark as a structuring element.

The series on Morocco and the world of bulls produced between 1986 and 1988 were a turning point in Claramunt's career. The path that runs from the almost monochromatic mark to the line, to the dry graphic approach of his last series depicting bulls, sums up a whole process of emptying out space that led to the absolute predominance of the figure in a more symbolic space. In his paintings of bulls, which are also related to the world of livestock sales or markets, and in the last stage of his Moroccan period, this tendency towards stylisation becomes more radical and his painting becomes more concise, harder, more cerebral and more concrete.

The next room contains the photographic series Claramunt produced in Barcelona and Bilbao, which present a new version of his fascination with the urban context. In the early nineties, Claramunt began to add a kind of casual recording to his urban wanderings, taking photos without any apparent purpose. Walking became an artistic practice that determined the form and content of his photographs, in which he simultaneously wrote the text and sought his subjects. The port and train stations in Barcelona and the estuary in Bilbao, with its suspension bridge, its abandoned factories and its streets, appear in drawings and photographs in scenes that are devoid of exoticism.

The works he produced in his last decade, in which the sea plays a significant role – as shown in his 1997 series Mar Rojo (Red Sea) and Mar Negro (Black Sea), and Naufragios y tormentas (Shipwrecks and Storms), dating from 1999 – round off the exhibition. Tormentas de hielo (Ice Storms), a kind of mute testimony, is one of the highlights of this last series produced by the artist. Throughout his entire career, Claramunt shifted between the figurative and the abstract realms, combining the abstract mark – which featured in his whole series on seas, shipwrecks and storms – and the line, in a graphic calligraphy that ended up reduced to black on white in his series on Bilbao and Madrid.

This last gallery connects to the first and comes full circle on a life and a body of work defined by the quest to find a reality in painting. Claramunt's work offers a different kind of account of the history of contemporary art, one that includes precisely the period from the seventies to the nineties, and that critically and effectively contemplates the evolving images and grammars of a visuality that seems alien to us today.

As an epilogue to The Vertical Journey, a reading room has been set up with some 'facsimiles' of Claramunt's books, the novels that inspired his work and recordings of Flamenco, the music that always accompanied him.

In parallel to the exhibition, the Museu Nacional d'Art de Catalunya (MNAC) presents the project Nonell and Claramunt. Urban Registers, co-organised by MACBA and MNAC, which sets up a dialogue between the tradition of an artist like Nonell and Claramunt's aesthetic values. Although the two belong to different times, an affinity emerges between them that is expressed in the distance each of them chose to keep between themselves and the period in which they lived. 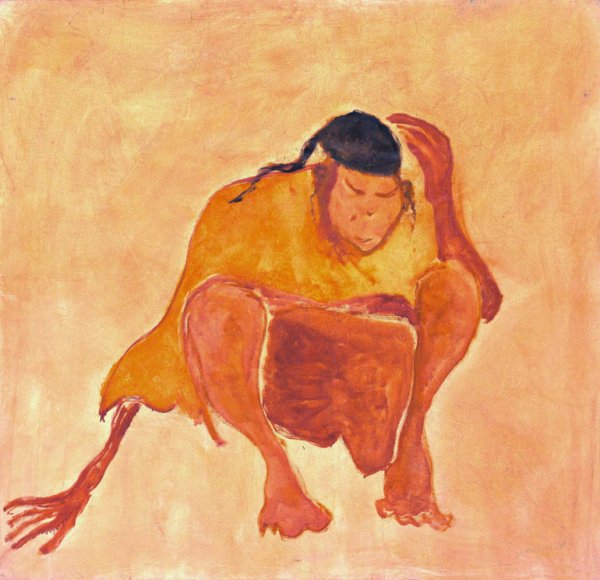 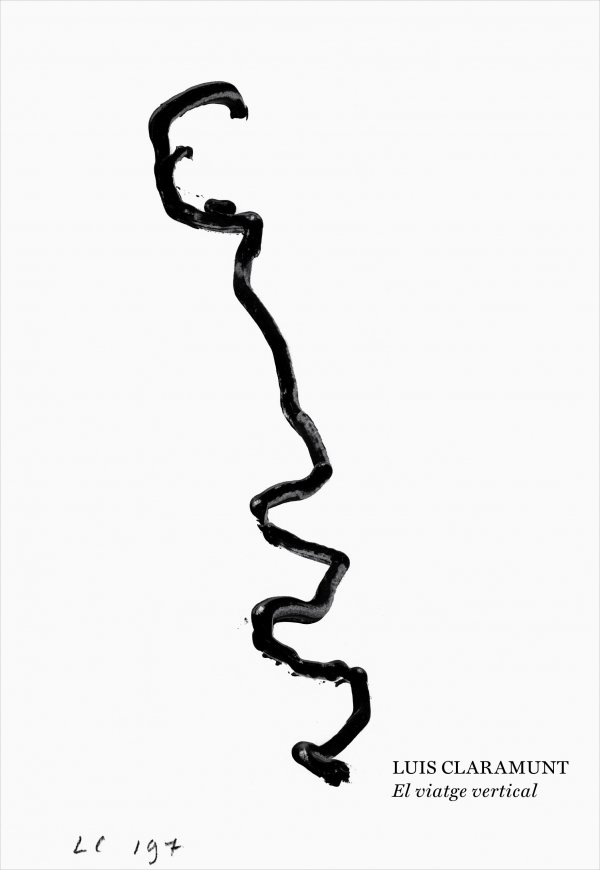