0-24 h (2005) is a video projection that plays back the scenes that take place inside the museum when it is closed to the public. The piece was specifically conceived by Ignasi Aballí (Barcelona, 1958) for the MACBA exhibition. Each evening, a 16 hour film was placed in one of the Museum’s surveillance cameras in order to record everyday moments of inactivity, in real time.

Underlying this piece were some of the most characteristic features of Aballí’s work, which, since the eighties, has developed along two separate but constantly interacting lines: on one hand, a systematic implementation of the imperceptible artistic gesture or minimum intervention, which connects him to conceptual art. On the other, the use of fiction as the material for a critical analysis of the discursive and narrative structures of cinema. The passing of time becomes the conceptual filter that allows Aballí to approach situations from everyday life without appearing to interfere in them.

As the artist admitted to Dan Cameron: “I began to think that the less there is to see in a work, the greater the desire to see. That hiding part of the world is inherent to the act of showing it.”

The work of Ignasi Aballí, produced over the last fifteen years, is the object of a critical review in this exhibition, which will be presenting the key moments. His work is formulated in a similar way to the shape of a tree, where the subjects and categories are interrelated. The fruit of slow, laborious preparation, it has evolved from methodological concerns rooted in questions of vision, visibility and material towards works which are almost realist in character, insofar as they incorporate elements taken directly from everyday life.

Recording and reading the passage of time play an essential part in Aballí’s work, materialising in the accumulation of dust on the objects, their exposure to natural light, the effect of weight on the books on a shelf… He checks and orders, classifies and shows the traces of involuntary or “natural” actions and contrasts them with other personal ones, the fruit of artifice or subjectivity. And so the traces on the wall, the accumulated dust on the books or the yellowing of papers exposed to the sun represent results of the passage of time which, rather than eroding or subtracting qualities from things, adds and accumulates others.

Apart from the passage of time, the other materials used by Aballí oscillate between the traditional ones of the visual arts (paint, paper, canvas, photograph) and the most unusual ones (scraps of clothing taken out of the filter of the spin-drier, Tipp-Ex corrector). But their use is interrogative and shows nothing more than the materials themselves and the consequences their combinations can create. The use of transparent paint, which can hardly be seen, contrasts with the action of hiding and veiling a black surface with Tipp-Ex. The actions of revealing and concealing run parallel and are opposed both to works into which fiction is introduced and others which make an almost absurd ordering of found elements. Lists of figures with numbers of people, dead, injured or various percentages cut out of newspapers are set side by side with lists (inventories) of languages, religions, currencies, cities with subways or breeds of dog, all following a kind of exhaustive and probably useless encyclopaedic project, to constitute an image of different aspects of reality. Lastly, the series of film posters, some for films that were never made, from the cinematic and literary work of the French writer Georges Pérec, exemplifies the artist’s interest in fiction as an instrument of representation of what is yet to be, what has not yet been done.

Situated between the fragility of appearance and disappearance and encyclopaedic accumulation, the Ignasi Aballí exhibition at MACBA will “expand” from the Museum rooms to spaces and places normally not used for presenting art, but equally accessible and functional. The exhibition with be traveling after Barcelona to the Museo Serralves, Oporto, and the Ikon Gallery in Birmingham.

Through the work “Finestres,” part of the exhibition Ignasi Aballí 0-24 h, the MACBA is actively collaborating in the European Commission’s Project “Preservation and Reinstallation of Art installations” directed by the Instituut Collectie Nederland. This project is coordinated in Spain by the Reina Sofía Museum with the cooperation of the Andalusian Center of Contemporary Art, the La Caixa Forum and Foundation, the Guggenheim Bilbao, and the Valencian Institute of Modern Art.

Marí, Bartomeu
With the collaboration of: 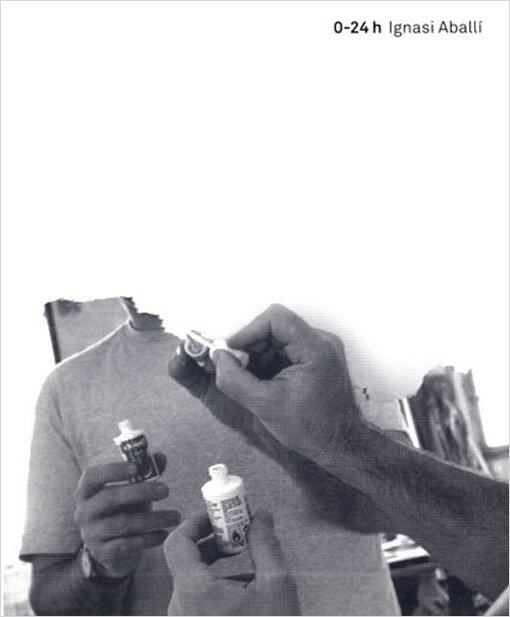