Courses and seminarsAll audiences
Wednesdays, September 30 and October 7, 14 and 21 2020

The fall of the Berlin Wall in autumn 1989 appeared to confirm the arrival of unwavering capitalism. And yet the 1990s, which were ostensibly aimed at celebrating capitalist democracies, saw the beginnings of a host of counterculture activist movements that used collective dissent to challenge neoliberal individualism. The artists of this decade were also characterised by an interest in collectivism as part of a so-called “social about-face”. They possessed a renewed interest in creative forms that sought to create situations and spaces in which moments of community, generosity and protest could occur rather than the production of objects. They in some ways appeared to have once again picked up the loose thread of the sixties and seventies, with their drive for social change. It is nonetheless worth questioning the role of these practices within neoliberalism now that they are seen in a different context. 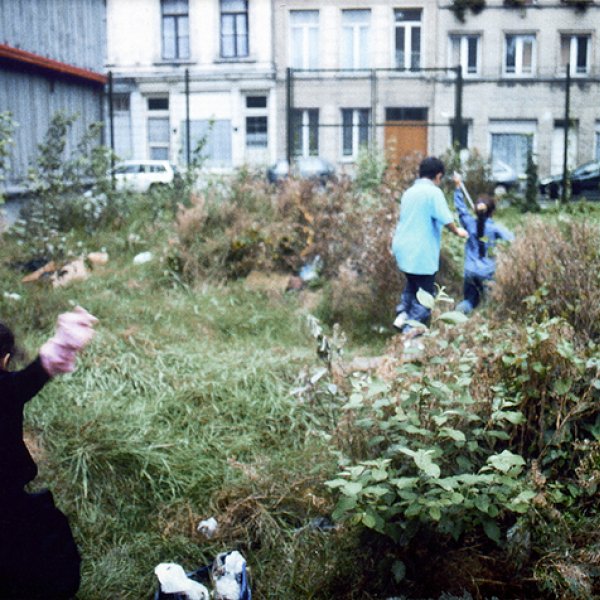 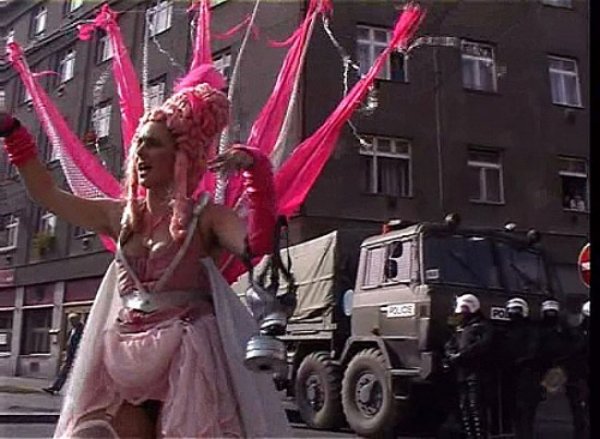 Art and activism in the nineties: in the face of (and with) savage capitalism

By outlining a general overview, this talk will cover the desire for community within the activism and art of the 1990s. From the orchestration of local dissent to the global protests of the anti-globalisation movement, it will move towards the attempts to unite art and activism and finally deal with the collective practices of contemporary art. It will address this so-called “social about-face” as part of the latter by relating it to the context of neoliberalism. It will therefore pose the following question: is it possible to read practices such as public art, relational art or contextual art as symbolically compensating all that has been lost through neoliberal capitalism? 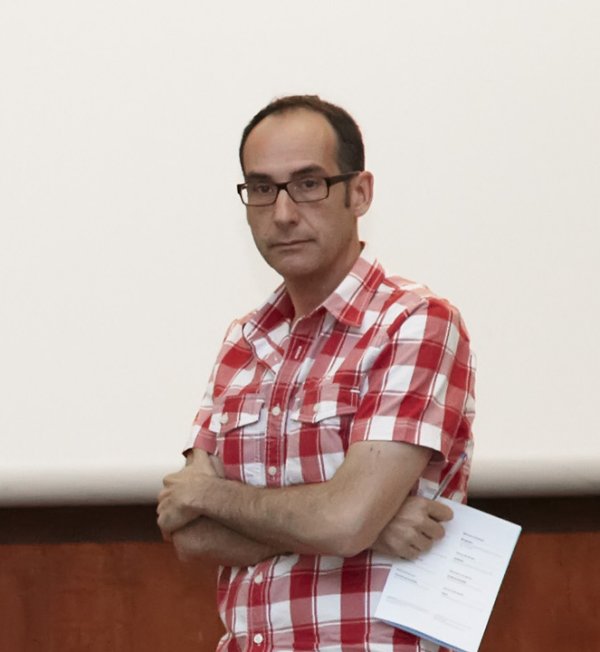 So-called “gentrification” narratives usually begin with the arrival of new neighbours, artists and the bohemian bourgeoisie who, according to the argument, act as bridgeheads in displacing impoverished traditional neighbourhoods and changing their use, in such a way that their presence imbues them with a chic, attractive air for investors and wealthy inhabitants. The processes that took place in Lavapiés at the turn of the last century clearly indicate that these deterministic narratives hide other alternatives in which both new and old neighbours form a frontal alliance to defend a shared life. 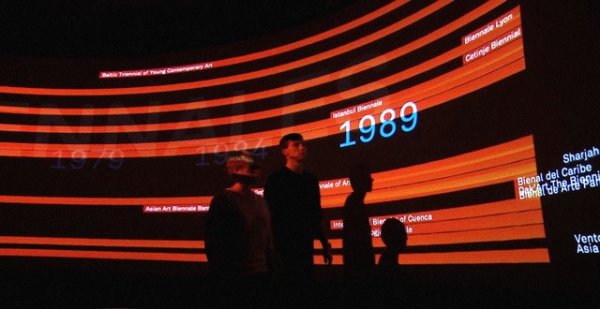 Biennialism and globalization of the art system

The 1990s were characterised, among other things, by the triumph of neoliberal globalisation, although this process had in fact been underway for some time. This aspect would similarly become a fundamental component of art. It can therefore be said that this story began in 1989, the year when the Berlin Wall fell and during which three exhibitions were staged that dealt with art’s global meaning: the Havana Biennial (Havana), The Other Story (Hayward Gallery, London) and Magiciens de la Terre (Centre Georges Pompidou, Paris). But this idea of globalisation was not only thematic; it also became consolidated in the proliferation of worldwide international exhibitions that expressed the fantasy of a borderless planet open to the free circulation of art. Using Stewart Smith’s installation Trans_actions (2012) as its starting point, this talk takes us back to the origins of the biennials and mega-exhibitions of the 1990s by looking at various paradigmatic examples. 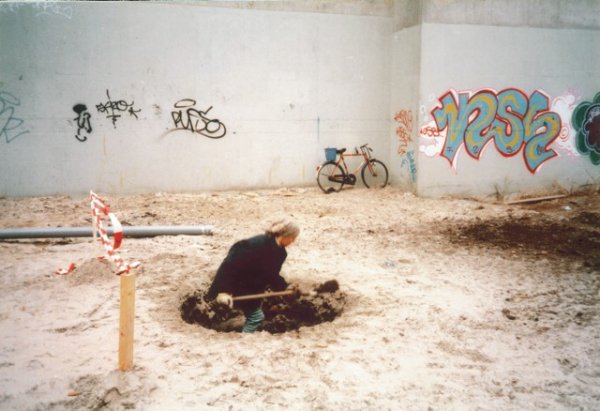 Mineral rights: what lies under the city and who owns it?

At the end of the nineties – a time of extensive urban renewal – Lara Almarcegui began to conduct work on vacant lots, sites and open spaces as the only places escaping the excesses of construction and design. Her projects have consisted in producing a series of guides to vacant lots and even their legal defence. With the aim of showing the origins of “what is built”, she has presented the materials needed to make a building or has shown the rubble after its demolition, thus deconstructing a building into its construction materials and showing what it will look like when it has been demolished. These installations have been a striking meditation on the relationship between physics, politics and architecture by confronting the public with the large volume and materiality of architecture. 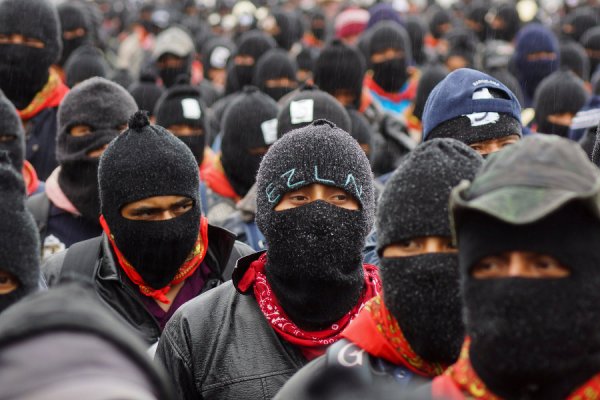 The Zapatista Army of National Liberation (EZLN by its Mexican acronym) burst onto the political scene in Mexico in the early hours of 1 January 1994. Armed with rifles and poetic communiqués, this indigenous uprising knew how to question the neoliberal, first-world discourses that Carlos Salinas de Gortari’s government had been selling in Mexico and abroad in its bid to consolidate the establishment of the first North American Free Trade Agreement (NAFTA). But the EZLN was also able to draw links between the historical grievances suffered by its indigenous communities and the type of internal neo-colonialism that would perpetuate the total implementation of neoliberalism in the region. The EZLN was thus one of the first – and most vocal – groups to initiate a national and global social movement against globalisation. 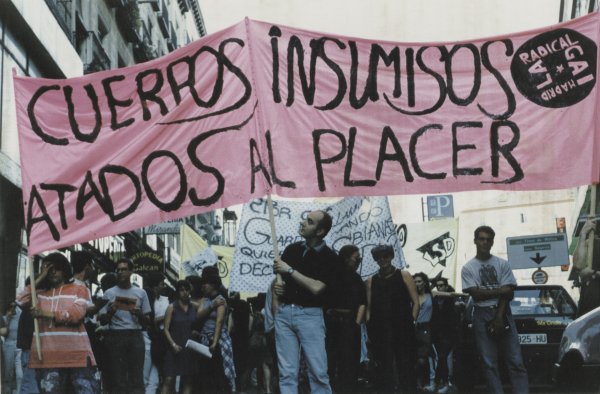 Queer-feminist cultural expressions and political practices: ways of doing and thinking in (Spain of) the 1990s

This session will focus on how and why queer-feminist practices burst onto the political and cultural scene in the late 1980s, and specifically in Spain in the 1990s. Some works have already dealt with the influence of these queer-feminist contributions in other countries and cultural contexts, but to a lesser extent in Spain. But their impact, and especially the anti-regulation agenda that they deployed, is still valid today. 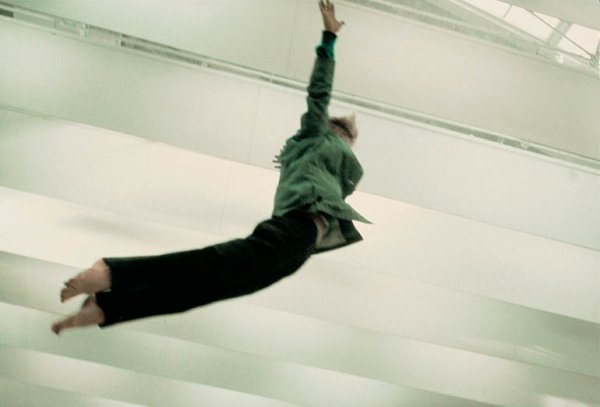 Art as a sign of the social: the political economy of contemporary art and the 1990s

The nineties were a passage for contemporary art as we have come to know it in today’s globalised art circuit. Following the end of the Cold War, it was a decade not only marked by ruptures in historical and ideological orientation, but also characterised by continuing processes of privatisation initiated in the eighties. Concurrent with such comprehensive transvaluations of cultural concepts and practices, “the social” became an important signifier in artistic production. Speaking as someone involved in the Scandinavian art scene at the time, Lars Bang Larsen’s talk will discuss the sign of the social as it flickered in art between practice, essence and simulacrum.

Registration for the talks is closed, but they can be followed live, though without the possibility of asking questions. If you have any question, feel free to contact us on 93 481 33 68 or by email at macba [at] macba [dot] cat.