Maurice Blanchot’s The Unavowable Community (1983) to explore the philosophical foundations of the (im)possiblity and the need for a ‘communism' to come.

Thirty years after his now-classic The Inoperative Community (1983), Jean-Luc Nancy turns his attention back to the community and to the ‘communal’ nature of life. We do not exist as discrete entities but through relations. Nancy argues that the 'common' is the fundamental, irreducible element of equality that predates any differentiation, but also the indiscernible, that which is shared and only exists in relation to other elements. As such, it transcends political questions (communitarianism or nationalism) and is rooted in an ontology of ‘we’.

Lecture followed by a discussion with Felip Martí and Joana Masó. 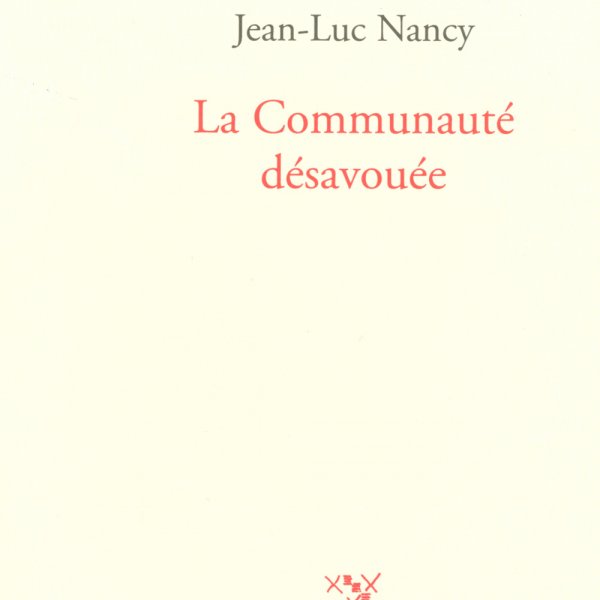 Jean-Luc Nancy (Bordeaux, France, 1940) is a philosopher and Emeritus Professor at Marc Bloch University in Strasburg. He has been Visiting Professor in several universities in Europe and the United States (including Irvine, Berkeley and Berlin) and co-directed, with Jacques Derrida, Philippe Lacoue-Labarthe and Sarah Kofman, the series ‘La philosophie en effet' collection for Editions Galilée in Paris.

He is the author of several books that have sparked and stimulated the debate around the subject of community –The Inoperative Community (1983), Being Singular Plural (1996) and The Confronted Community (2001)– as well as texts that reflect on the portrait and on aesthetics –Noli me tangere: Essai sur la levée du corps (2003) and Iconographie de l'auteur (2005), with Federico Ferrari –.

Over the past few years he has continued his reflections in dialogue with artists and filmmakers including Abbas Kiarostami (La evidencia del filme, 2001), the choreographer Mathilde Monnier (Dehors la danse, 2001) and the painter Simon Hantaï (Jamais le mot créateur, 2013).

Felip Martí-Jufresa is Professor of Philosophy at the Institut supérieur des arts de Tolouse (ISDAT). He holds a Doctorate from Universtitat de Barcelona and a diploma from Université Paris 8, and has published articles on the notions of revolution and control, as well as the books Música desconcertada. Filosofia, política i música moderna (2009) and La possibilité d'une musique moderne (2012).

Joana Masó is a lecturer in French Studies at Universitat de Barcelona and a researcher at the UNESCO Chair on ‘Women, Development and Cultures’ at the same university. She has translated French authors from the second half of the twentieth century such as Hélène Cixous, Jacques Derrida, Catherine Malabou and Jean-Luc Nancy, and is interested in their relation to art. She co-edited Jacque Derrida's writings on art: Artes de lo visible (1979-2004) and Writings on the Arts of Visibility (1979-2004), and also those by Hélène Cixous: Poetas en pintura: de Rembrandt a Nancy Spero and Poetry in Painting. Writings on Contemporary Arts and Aesthetics. 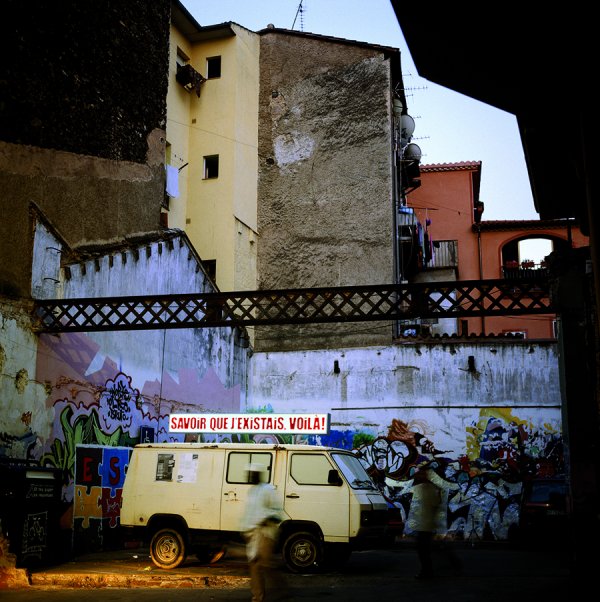