Reality and its representation, reality and mediatisation, are some of the major issues with which we engage in art. The exhibition Invocable Reality explores possible perspectives on reality from art practices through a selection of works by artists from different backgrounds and generations.

We maintain a complicated relationship with reality. We live in a time of no reality, the prevailing rhetoric of distraction, the mechanisms of construction of reality, its mediatisation, fictionalisation and virtualisation. At the same time, there is a ‘passion for the real’, for the genuine, for that which is credible. Is there a reality outside our perception? Does it imply the affirmation of reality both in life and death? Is extreme violence the price we pay to unlock some layers of reality? Is our everyday a reality? Or does reality lie elsewhere? Can art have a bearing on reality? These are some of the questions posed by Invocable Reality.

The works in Invocable Reality approach reality in a subtle way. They start from the ‘here and now’ of the reality that the artists intend to ‘investigate and conquer’: incorporating fragments in the exhibition space (Roman Ondák), turning the gallery into a real space (Antonio Ortega), filming it (Lutz Mommartz, Jeremy Deller and Mireia Sallarès), trying to direct it (John Smith), looking for connections in space and time (Enric Farrés-Duran), influencing it (Núria Güell), showing the devastating effects of a mediated reality (Phil Collins), demonstrating the impossibility of its representation (Rafel G. Bianchi) or showing how we have turned death into something unreal (Jill Magid).

The exhibition Invocable Reality, which explores the different perspectives and complexities that art practices project onto reality, will open on April 10. Curated by Montse Badia, it includes a series of specifically commissioned works by artists such as Mireia Sallarès, Rafel G. Bianchi, Enric Farrés-Duran, Antonio Ortega and Núria Güell.

The exhibition opens with the work of two artists from the seventies: John Smith and Lutz Mommartz. The video The Girl Chewing Gum, 1976, by John Smith records a scene that takes place on a busy London street while a voiceover appears to direct both the camera movements and the actions taking place. The dramatic documentary Als wär's von Beckett (As if it were Beckett), 1976, by Lutz Mommartz depicts a cruel and dramatic exchange of reproaches and accusations, laments and frustrations of a couple in crisis, who, at the invitation of the filmmaker, remained separated for a week to meet again in front of the camera.

Rafel G. Bianchi creates tasks that require a great effort, at times demonstrating the absurdity, not only of artistic work, but also perhaps in the world at large. A x metres de l’objectiu (At x metres from the objective), 2006–14, a work in progress that the artist intends to make throughout his life, brings together a series of images resulting from an ongoing action: running away from the camera lens for 10 seconds, while the clock and the artist himself count before taking the photograph. Acudits de vaques i pintors. Cabirol re-enactment (Cows and painters fancy. Cabirol re-enactment), 2013–14, consists of painting the same landscape in plein air repeatedly on the same canvas.

Enric Farrés-Duran proposes itineraries arising from coincidences and chance encounters. Farrés-Duran clones the book by Enrique Vila-Matas, Never Any End to Paris, in which the author suggests a continuity between the real and the fictional. He conducts research into events and places in the ‘Fifth District’, between the Faculty of Philosophy and the Massana School of Art in Barcelona, resulting in a system of inputs and findings, a city tour commentary and a publication.

Reality enters the museum in the works of Roman Ondák, Antonio Ortega and Núria Güell. Teaching to Walk, 2002, by Roman Ondák is a performance in which a mother accompanies her son as he takes his first steps in the gallery.

Núria Güell seeks to make a direct impact on reality. To this end and with the complicity of migrants evicted from some warehouses of Barcelona's Poblenou, she has created the legal framework of the Cooperative Ca L'Àfrica. The cooperative organisation is a tool that allows its members to draw up labour contracts, thus finding a solution to their situation. Some of them have been hired in the context of the exhibition to perform various tasks.

Mireia Sallarès, Jeremy Deller and Phil Collins film reality. Le camion de Zahïa (Zahïa’s van), 2003, by Mireia Sallarès presents the story of Zahïa, an Algerian woman who ran a van selling pizzas in a square in Valence, southern France, until a new city bylaw prohibited the parking of such vehicles in the city, coinciding with the remodelling of the city centre as a shopping development. On this occasion, the piece is activated by installing a van similar to Zahïa’s in the public space, acting as a projection ‘screen’ for a selection of documentaries that explore issues related to gentrification and the privatisation of public space.

So Many Ways to Hurt You (The Life and Times of Adrian Street), 2010, by Jeremy Deller tells the story of Adrian Street, the son of a Welsh miner, who made a career as a bodybuilder, with guest appearances in TV shows and later in the United States, where he became a star of American wrestling. The installation has been made in collaboration with Mikel Pascal and Javier Murillo, creators of the mural inspired by the documentary.

In the installation Gerçeğin Geri Dönüşü – The Return of the Real, 2005, Phil Collins investigates the post-documentary culture, which television has tended to personify. In this video installation, different reality-show participants, who feel their lives have been deeply affected by the experience, have the opportunity to recount their stories in conversation, this time not edited or censored.

Although death and insecurity form part of reality, our societies tend not to accept them. This creates seemingly objective systems that calm our fears and transform what we dare not face into something agreeable and material. For Auto Portrait Pending, 2005, Jill Magid has signed a contract with a company that will turn her into a diamond when she dies. Drawn-up like a love letter, the contract specifies the details of the creation of the diamond from the ashes. The vitrine displays the shank of the ring and the mounting, but lacking the centre stone, the diamond, that completes the self-portrait, which for the moment remains unfinished. 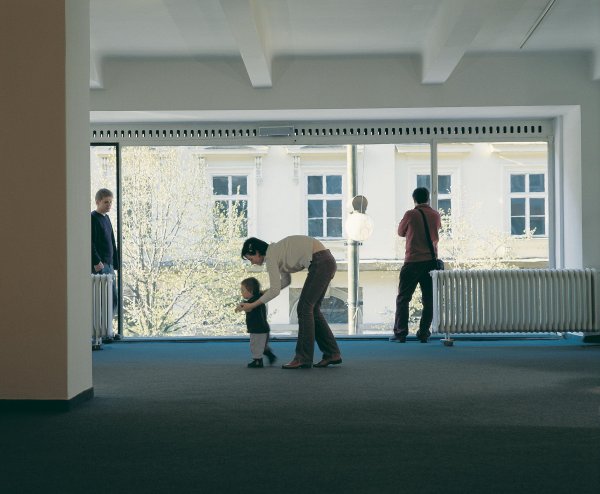 Teaching to Walk
Others
Activity 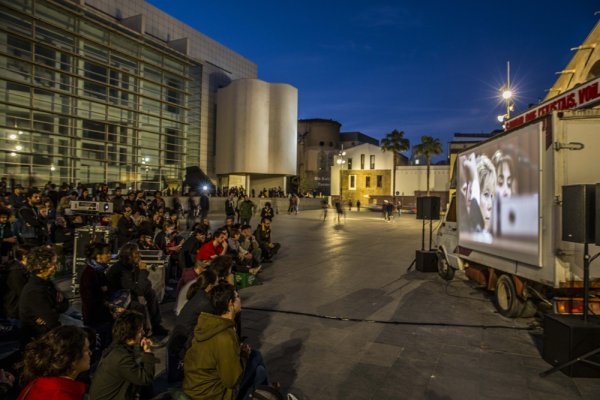 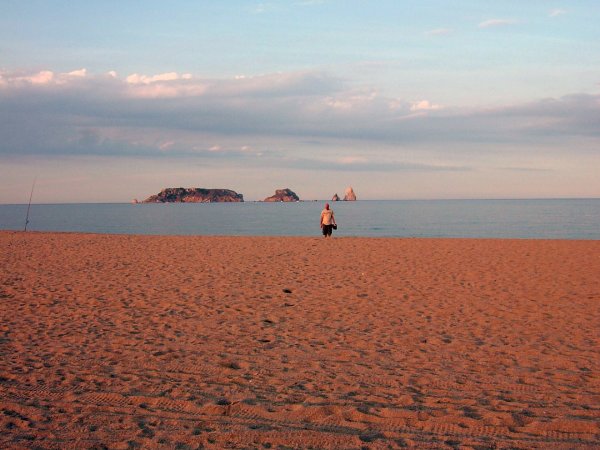 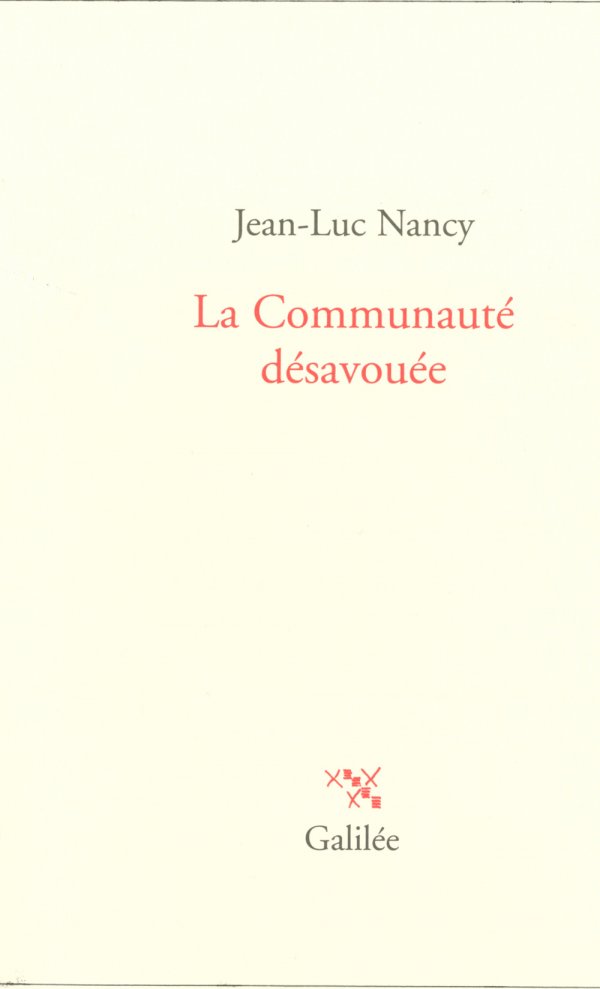 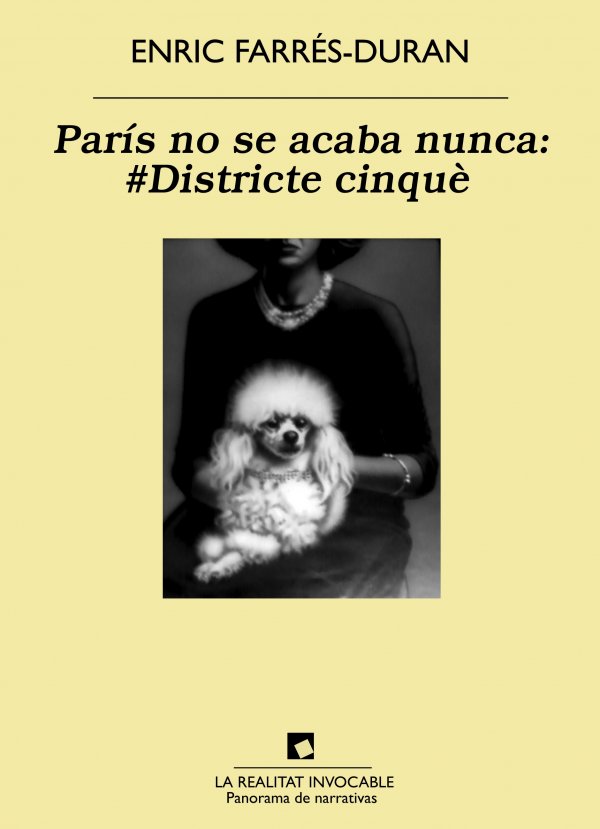 Looking for Enemies An itinerary with Enric Farrés-Duran
Visits

Visit ‘Invocable Reality’ with the artists 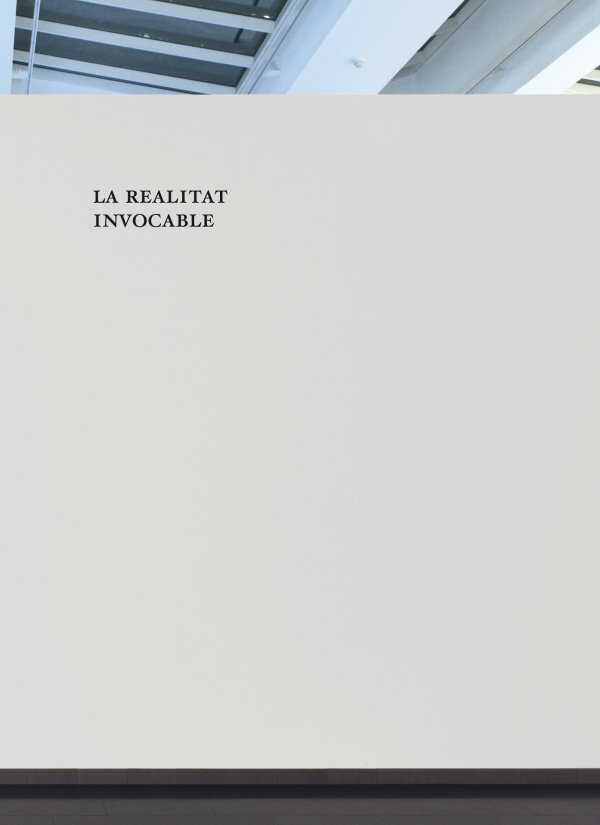