Ping-pong, also known as table tennis, is a paddle game played between two (singles) or four (doubles) players. According to Wikipedia, ping-pong is the sport with the highest number of active participants: forty million worldwide. And according to a study conducted by NASA, it is the most complicated of all human sports. Barcelona has over one hundred ping-pong tables distributed around parks, gardens and other public spaces. Rectangular, mostly blue and with a destruction-proof steel net, the ping-pong tables could well be the protagonists in a postcard of the city.

In Barcelona’s parks and public spaces, ping-pong plays an important role in the life of the community. This encounter invites you to join one of these ping-pong games. The rules are simple: if you win, you continue playing; if you lose, you’re out, although we would like you to stay chatting and watching. In collaboration with artist Jan Monclús.

Coordinated by the Organising Committee 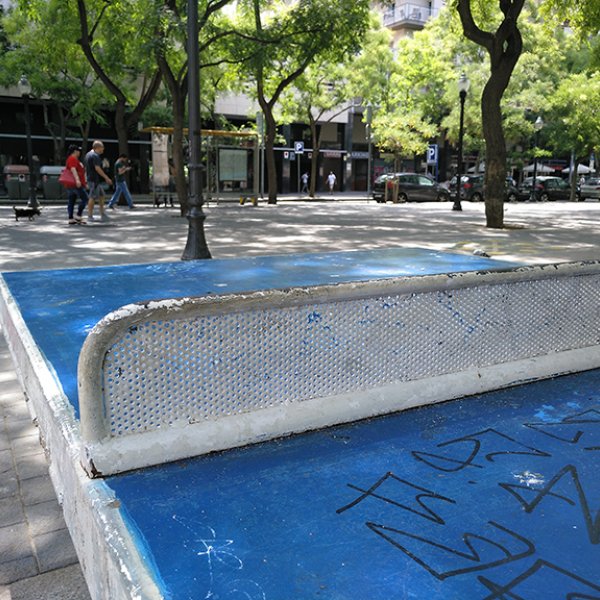 21 Personae Encounters
Others
I paint as if I were walking in the street. I collect a pearl or a crust of bread; what I find around is what I offer
Joan Miró