In collaboration with the Birbeck Institute for the Humanities (London), the MACBA embarks on a series of lectures and conversations with artists, researchers, writers and cultural managers from countries that make un the Mediterranean basin, in particular its southern and eastern coasts. The series offers a space in which to share the social, political and cultural concerns that affect the different communities and states in this region, at a time of uncertainty that allows us to rediscover ourselves, in Barcelona and Catalonia, as southern Europeans. While this initiative is based on an obvious geographic affiliation, it does not shy away from probing its meaning: How is the myth of the Mediterranean expressed? When did it begin? What interests does it serve? How has it changed as a result of each new wave of modernity? These reflections rooted in history will become the basis for exploring possible cultural articulations between countries considered to be part of the Christian tradition and those of the Arab world, and to outline some possible scenarios of our future. 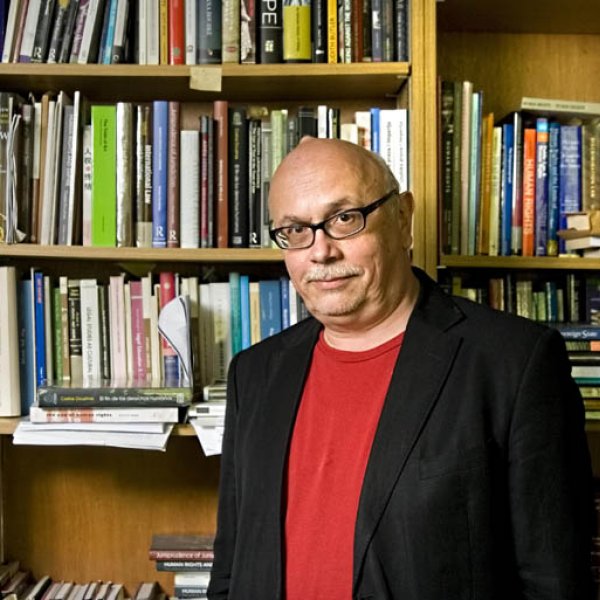 Dead Europe?: Politics on the Borders
Lecture by Costas Douzinas

In Vienna in 1935, the German philosopher Edmund Husserl imparted one of his most famous lectures, entitled "Philosophy and the Crisis of European Humanity." In it, he argued that European modernity had led humanity into a major crisis by abandoning the idea of philosophy that had been inherited from the Greek classics. Updating this same theme to the context of contemporary Europe and exploring the idea of Europe in contemporary philosophy, this lecture will reflect on how the subordination of politics to economic organisation has brought us to an increasing identity crisis that is threatening the idea of Europe and of the European Union.

The Mediterranean – at the centre of the world and at the same time the border and limit of Europe – can revive the idea of Europe.

In her lecture, Kassab will reflect on the distance that has arisen between the neighbouring cultures of Greece, Turkey and the contemporary Arab world, and explore the reasons behind it on the basis of the different historical evolutions of their political independence processes, and of the different definitions of cultural identity and practices of cultural critique. Comparing these evolutions and definitions, she will suggest previously unconsidered links.

Focusing on contemporary debates around the respective ideas of enlightenment and emancipation that have emerged in each of these countries, and on comparisons between their ideas of independence and progress, Kassab will asses their fate in the period spanning from independence up until the present. Her assessment will shed light on the shared features and specificities of the struggles of these nation-states on their path towards emancipation, enlightenment, progress and modernisation, and will pose questions on the significance of the enlightenment in these post-Ottoman contexts.

Butts in seats: an experiment in re-creating the culture of cinema in Tangier
Lecture by Yto Barrada

How is the myth of the Mediterranean expressed? When did it emerge? What interests does it serve? In the lecture series The Mediterranean to Come, these reflections rooted in history become the basis for a dialogue among agents, collectives and arts institutions from the Mediterranean region with a similar background to the MACBA, with a view to outlining some possible future scenarios. The lecture by Akram Zaatari, co-founder of the Fondation Arabe pour l'image, will add a further point of view to the reflections offered so far by Costas Douzinas, Elizabeth S. Kassab, Yto Barrada and Ariella Azoulay.

Ariella Azoulay (Tel Aviv, 1962) teaches visual culture and contemporary philosophy in the Hermeneutics and Cultural Studies program at Israel's Bar-Ilan University. Her numerous publications in Hebrew and English include Death's Showcase: The Power of Image in Contemporary Democracy (MIT Press, 2001, winner of the Infinity Award for Writing, International Center for Photography), Once Upon A Time: Photography Following Walter Benjamin (Bar-Ilan University Press, 2006) and The Civil Contract of Photography (MIT Press, 2008), which examines the relationship between photography and citizenship and the spectator's civil responsibility in disaster contexts. She has also curated exhibitions and written and directed several films.

Yto Barrada was born in Paris in 1971 and educated in Tangier. She later studied history and political science at the Sorbonne, Paris, and photography at the International Centre of Photography in New York. Her recent exhibitions of photography and video include Art Dubai, at the Fowler Museum (Los Angeles), the MoMA (San Francisco and New York), Jeu de Paume (Paris) and the 2007 Venice Biennale. In 2006, Barrada was awarded the first Ellen Auerbacj Award in Berlin and was shorlisted for the Deutsche Boerse Photography Prize. Her book A Life Full of Holes - The Strait Project was published by Autograph ABP in 2005. She is the artistic director and co-founder of the Cinémathèque de Tànger.

Costas Douzinas is Professor of Law, Director of the Birkbeck Institute for the Humanities and Pro-Vice Chancellor at Birkbeck College, University of London. Educated in Athens, London and Strasbourg, he has taught at the universities of Middlesex, Lancaster, Prague, Athens, Griffith and Nanjing. Costas is a founding member of the Critical Legal Conference; co-founder of the Birkbeck Law School; managing editor of Law and Critique: The International Journal of Critical Legal Thought and the Birkbeck Law Press. His many books include Postmodern Jurisprusdence; Justice Miscarried; Law and Psychoanalysis; The End of Human Rights; Law and the Image; Critical Jurisprudence; Nomos and Aesthetics; Human Rights and Empire; and Adieu Derrida. The Left and Rights and the Idea of Communism (co-edited with Slavoj Zizek) is due to be published in late 2010.

Elizabeth S. Kassab studied business administration and philosophy at the American University of Beirut, continued her graduate studies in philosophy at Fribourg University in Switzerland, and completed her doctorate at the Bielfeld University in Germany. She is associate professor of Philosophy and Cultural Studies at the Faculty of Arts and Social Sciences, Balamand University, Lebanon, where she teaches contemporary Arab thought, comparative theory of postcolonial philosophies of culture, and gender issues in the modern Near East. She has also been a Visiting Associate Professor at the Yale Center for International and Area Studies and at Middle East Institute of Colombia University. Her main interests revolve around the philosophy of culture, both Western and non-Western, with a particular focus on postcolonial debates on cultural malaise, authenticity and critique. Her latest book, Contemporary Arab Thought: Cultural Critique in Comparative Perspective (Columbia University Press, 2009), in an examination of critical thinking in Arab and postcolonial (mainly African and Latin American) debates on culture in the second half of the twentieth century. Her current research centres on the notion of enlightenment in these debates, particularly among post-Ottoman Arab, Greek and Turkish intellectuals, which will be the topic of the lecture she will present at the MACBA.

Akram Zaatari (Sidon, Lebanon, 1966) graduated as an architect in Beirut and continued his studies at New School University, New York. In the mid-nineties, he joined Future TV in Beirut, and began to make short films that are a mix of documentary, video art and formal experimentation, and in 1997 he co-founded the Fondation Arabe pour l'image. Zaatari reflects on the importance of images as a means of transmitting reality through the use of photography and film. His main interest is to collect, preserve and study the photographic heritage of his war-besieged country and of Arab countries as a whole. His work is inseparably bound to the political, social and cultural situation of this geographic context. 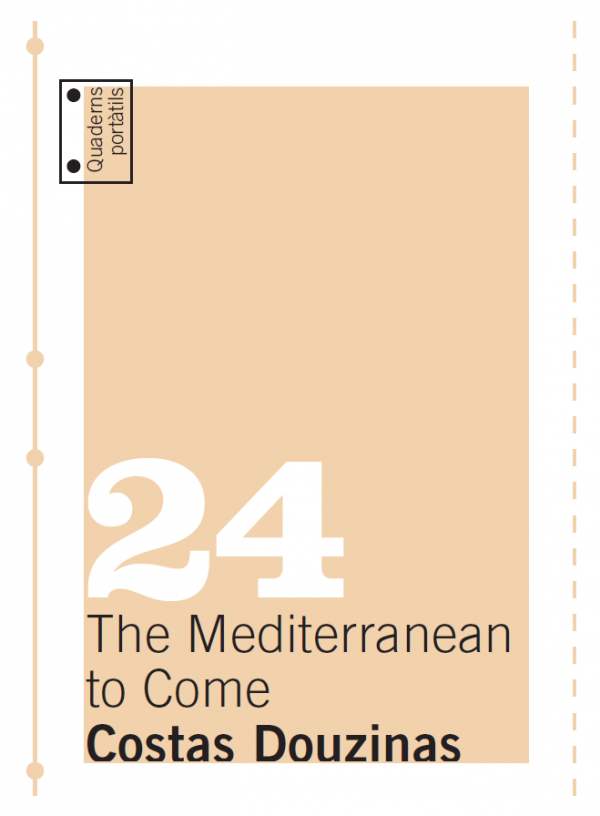