"Filming opera is quite an impossible task", wrote John Simon in 1975 in New York Magazine. As a double challenge to Simon's statement, Little Histories of Cinema offers a unique review of some of the most famous operas brought to cinema, especially ones designed for a child audience.
Although many purists are against filming opera, the most popular librettos have been objects of cinematic adaptation since the beginning of cinema. From Carmen (Cecil B. de Mille, 1915) to Othello (Franco Zeffierelli, 1986), The Magic Flute (Ingmar Bergman, 1975) and Rigoletto (Jean Pierre Ponnelle, 1982), there are very few great operas that do not have their own cinematic versions. These and other films, made with diverse techniques and directed towards varied audiences, form one of the most discussed areas or subgenres; that of the always-difficult task of adapting a piece from one medium to another. Transfers aside, opera has also been filmed to make a record of memorable set design. In addition to Hollywood and independent producers, television channels like the BBC have dedicated special attention to opera, with expensive productions including animated versions from well-known directors such as Barry J. Purves, Mario Cavalli and Graham Ralph.

Some cartoons have immortalised operatic clichés and stereotypes through parody, as occurred in the classic Warner pieces What's Opera, Doc? and Rabbit of Seville, both directed by Chuck Jones.

Little Histories of Cinema presents the unique Three Afternoons at the Opera, a selection of short animated films of well-known operas like The Barber of Seville, Madame Butterfly and La Traviata, together with extracts of films and documentaries. The programs are indeed to show the littlest ones the creative possibilities of cinema in its coquettish relationship with opera.
Since the beginning of cinema, even in its silent era, there was much interest in recording opera's strongest voices and copying its best set designs. If at the beginning technical restrictions favoured playbacks (in which they even substituted some of the best voices for those of unknown actors), the documentary aspect of recording gradually became appreciated. Yet in animation, where music has always played a huge role, the appearance of classic opera came later. Along with the cartoon parodies by Warner (in the 1930s, 1940s and 1950s), in the 1960s the Italians Giulio Gianini and Emmanuele Luzzati, a film-maker and illustrator-set designer respectively, opened up the immense range of possibilities that opera could bring to animation through their modest but beautiful cut-out animated films.

Other contemporary directors like Yuri Norstein (Russia) and later Barry J. Purves (Great Britain), Georges Schwizgebel (Switzerland), Guionne Leroy (Belgium), Mati Kütt (Estonia) and the wonderful Koji Morimoto (Japan) took their turns bringing extracts of opera recordings to the screen with all types of techniques and styles. Contemporary artists have also used these formats, as is the case with Alice Creischer's work Proudhon, the Society of the Eleventh of December and the Club of the Lazy Debtors: A Concept in Three Acts (2007), which can be currently seen at the MACBA.

April 26
How beautiful it is to sing!
Music and singing as the main stars.
Total duration: 57'

María Callas. Paris, 1965, 2' extract
A sample of the diva singing with the orchestra behind her, playing O Mio Babbino Caro from the opera Gianni Schicchi by Giacomo Puccini.

Amoroso, Maurizio Forestieri. Italy, 1991, 5'
A small cartoon character dances to the rhythm of a fragment from The Marriage of Figaro by Wolfgang Amadeus Mozart.

The Magic Flute, Ingmar Bergman. Sweden, 1974, 3' extract
Papageno is happy to have found Papagena in a sober and extraordinary adaptation of Mozart's last opera for the small screen.

The Cat Duet, Giulio Gianini and Emanuele Luzzati. Italy, 2'
Based on Concert for Cats, this opera buffa project is attributed to Gioacchino Rossini. Cats singing opera.

The Thieving Magpie, Giulio Gianini and Emanuele Luzzati. Italy, 1964, 11'
Short animated film made with cut-outs and nominated for an Oscar. Gianini and Luzzati, lovers of Rossini's work, were pioneers in using opera in animated films with artistic and didactic aims.

The Barber of Seville, Natalia Davizh. Great Britain, 1994, 30'
Episode from the production Operavox by the BBC. Adaptation of Gioacchino Rossini's opera buffa with animated puppets.

May 10
To the scene!
Animation can escape the restrictions of conventional set design like no other medium, and can also propose original designs where only the imagination places limits.
Total duration: 58'

Gypsy Chorus, Guionne Leroy. France, 1993, 3'
The sweetest version of La Traviata by Giuseppe Verdi made in clay animation, and including a tribute to Busby Berkeley.

The Ride to the Abyss, Georges Schwizgebel. Switzerland, 1992, 5'
Painting in movement for The Damnation of Faust by Hector Berlioz. Created with 72 large format paintings and a camera moving over them in a spiral motion.

Lakmé, Pascal Roulin. France, 1993, 5'
An episode from the project Opera Imaginaire. A scene with music by Léo Delibes during the era of the beginning of digital animation.

Aria, Pjotr Sapegin, Russia, 2001, 11'
Breathtaking short version of the libretto of Madame Butterfly by Giacomo Puccini, with animated puppets that use their bodies of cloth, latex and metal for an unexpected finale.

Arthur, Guionne Leroy. Belgium, 1998, 4'
A clay animation piece from King Arthur by Henry Purcell. The landscapes are as alive as the characters.

Hansel and Gretel, an Opera Fantasy, Michael Meyerberg and John Paul. United States, 1954, 2' extract
Hansel and Gretel dance joyfully before their trip into the forest. A childhood classic, this version of the opera by Engelbert Humperdinck was created with "animatronics" and stop-motion animation.

Das Rheingold, Graham Ralph. Great Britain, 1996, 28'
A dazzling recreation of mythical creatures in a traditional animated style with drawings over cellulose acetate and the music of Richard Wagner.
May 24
Let the opera begin!
Subversions and excesses in the genre
Total duration: 59'

A Night at the Opera, Sam Wood, Edmund Goulding. United States, 1935, extract of 3'
A memorable moment in comedy starring the Marx brothers.

Love and War, Fredrick Emilson. Sweden, 2006, 14'
A frantic opera written and animated by the director. A rabbit and a bear fall in love, but a war gets in the way of their relationship.

Opera, Bruno Bozzetto and Guido Manuli. Italy, 1990, 11'
From a series of funny cartoons about opera emerges a satirical commentary on the problems or our technological era.

Rabbit of Seville, Chuck Jones. United States, 1950, 7'
A new libretto for Bugs Bunny and Elmer Fudd inspired by The Barber of Seville.

La Salla, Richard Condie. Canada, 1996, 8'
A surrealistic opera created in rough 3D animation by the creator of the Oscar-winning The Cat Came Back.

What's Opera, Doc? Chuck Jones. United States, 1957, 7'
The Ring of the Nibelung by Richard Wagner recreated with humour by Chuck Jones, with Elmer Fudd as Siegfried and Bugs Bunny dressed as the Valkyrie Brünnhilde.

All the Great Operas in 10 Minutes, Kim Thompson. United States, 1999, 9'
A narrator explains the librettos of eleven of the greatest operas with humour and cut-out animation in the style Monty Python. 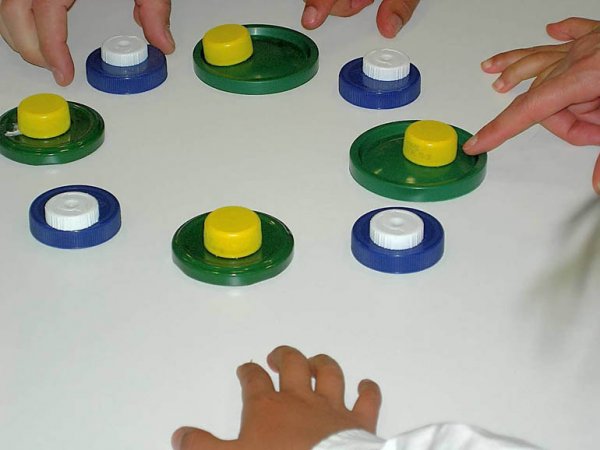