Presentation of the documentary VEUS LGTBI+, a collected series of interviews with people who find themselves as refugees, or who have been forced to migrate from their countries for reasons of gender or sexual identity. This work has been developed in collaboration between iDensitat and Xeito Fole, based on Xeito’s militant activism, and his personal link with the LGTBI+ group. Throughout various sessions, the different "voices" reflect on the displacements, boundaries, borders and the political and social precariousness, which they have encountered in their places of origin, as well as on their journeys, and in their current places of residence. This document expresses cultural and political activism, and the fact of belonging, or not, to the collective networks that allow this activism to be channeled. The protagonists, who tell these narrations are, or have been, linked to the association Acathi. Some of them have requested to offer their testimony without publicizing their own identities.

After the showing of VEUS, a debate will take place on the themes addressed in the film. Issues such as borders, which must be forcibly crossed in order to come to terms with, and to defend, a non-prescriptive sexual or gender identity; the situations of vulnerability which people face as a result of current migration and asylum policies, as well as their presence as political subjects in public space. Social limits or individual and collective achievement will be discussed in this activity, which seeks to create alliances in a context of social struggle, with concerns of a more cultural nature.

Florence Brizuela, PhD in Law and Political Science from the University of Barcelona, a researcher on human rights and post-colonial feminism, and Lucia Egaña, artist and transfeminist writer, part of the academic direction of MACBA’s Independent Studies Programme, and member of the minipimer.tv, the Reial Arxiu Sudaca, and the Cooperativa de Técnicas collectives, will participate in this debate. Some protagonists in VEUS will also take part. The debate will be moderated by Xeito Fole, visual artist and trans-feminist and antispeciesist activist, invited by Idensitat to take part in the NEXES project.

VEUS is a documentary by iDensitat and Xeito Fole, with the collaboration of Natxo Medina, a part of NEXES.

NEXES is a project which explores the relationships between limits, connections and precariousness which are generated in neighbourhood contexts. It deploys processes of analysis and creative action to contribute to transgressing those limitations imposed by vulnerability, as well as to construct links between ideas, people and different areas of the city.

LGTBI + VEUS, CULTURAL ACTIVISM, POLITICAL ACTIVISM AND TRANSLOCAL MOBILITY is presented in collaboration with Barcelona City Council and MACBA, the Museum of Contemporary Art of Barcelona.
NEXES is supported by the ART FOR CHANGE 2017 programme from La Caixa Bank Foundation, the Fabra i Coats Creation Factory Project Nursery, and by the Generalitat de Catalunya’s Department of Culture. 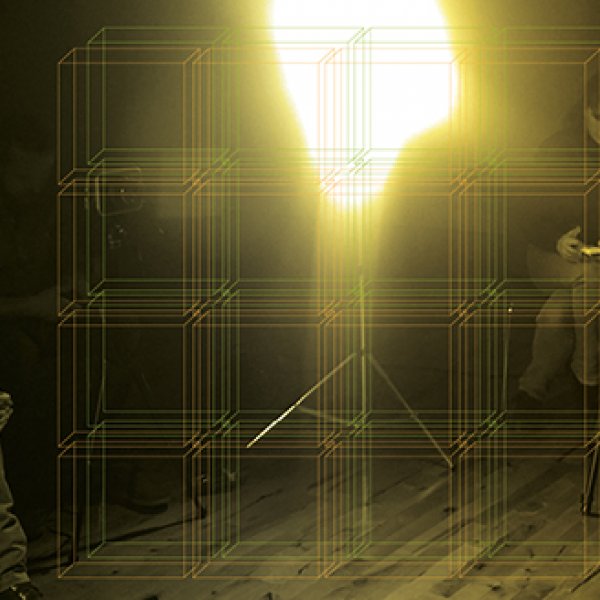