This meeting grew out of an interest in cooperativism as a form of social and solidarity economy, something with a strong presence in Barcelona, Sants being a paradigmatic neighbourhood.

The meeting will take the form of a talk by the audiovisual cooperative Drac Màgic, founded in 1970 and initiator of the Mostra Internacional de Films de Dones de Barcelona (Barcelona International Women’s Films Festival). They will talk about their history and cooperative structure in relation to a feminist position and how that history impacts today.

The meeting will be held in Zumzeig, a cinema-cooperative dedicated to the projection and dissemination of independent films and to the promotion of artistic, social and solidarity initiatives.

Historically, Barcelona has generated and continues to generate resistance and alternatives to the global market economy, initiatives based on the values of cooperation and self-management that generate networks and other ways of working and consuming that are more horizontal and responsible. The presence of numerous cooperatives throughout the city is proof of it, Sants being a paradigmatic borough in this respect.

At a time when the financial and cognitive capitalist system is embedded in all aspects of life, it is pertinent and empowering to turn our gaze towards economic forms that embrace social issues, solidarity and feminism, and to examine what options they offer us so we can think and build this ‘world in common’ in which we want to live and of which we are already a part.

Zumzeig reminds us of an aspect of the city that is threatened with extinction: the cinema theatres that are fast disappearing. 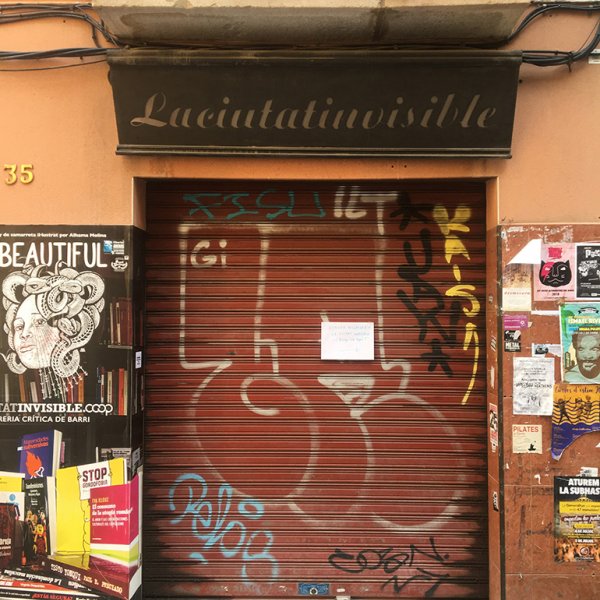