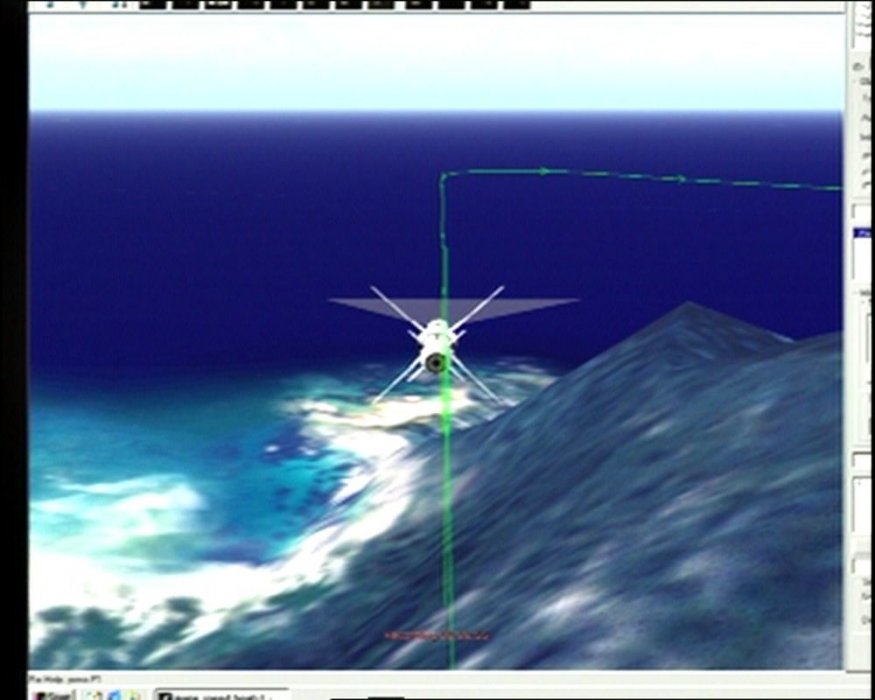 In the Eye / Machine trilogy, Farocki deals with the technology of war and how that visual technology has penetrated civilian life. In his films he brings out the fact that the human eye is losing the capacity to distinguish between real and fictional images. In Eye / Machine the lens of the camera is placed on the so-called ‘smart bombs’, replacing the human eye as the supreme witness of war.

The manipulation of images in times of conflict is nothing new, since countless documentary testimonies over history have shown that they have become one more weapon against the enemy. Counterinformation, which in other times was done from pulpits, in leaflets or over the radio waves, is now handled by image control, although no-one talks about war propaganda any more and it is the big communications groups that have control of information. The latest danger for official propaganda has been online publications and the dizzying speed with which users of blogs all over the world can ‘upload’ their version of events.

Eye/Machine III
In the last part of the Eye / Machine trilogy, Farocki focuses on the concept of operational image. These are images that do not represent a process but are part of one. Instruction or even animated films which at times are used for propaganda purposes, as in an advertisement for the effectiveness achieved with the application of the new technologies to armaments. Now: 1 bomb, 1 target. Before: 200 bombs, 1 target. If each bomb reaches its target, fewer are sold and so that effectiveness does not result in loss of revenue, the sale of new control and surveillance systems is promoted. The weapon treated as almost one more consumer item, like a household appliance that makes our everyday life easier.
As early as the eighties missile software used a comparison with real images to recognise targets through a comparison between idea and reality. Now many of those operational images are used as real ones. In that way images that are solely and exclusively designed for the techniques of war, like the ones we saw in the Gulf War, end up being broadcast on every television network in the world. 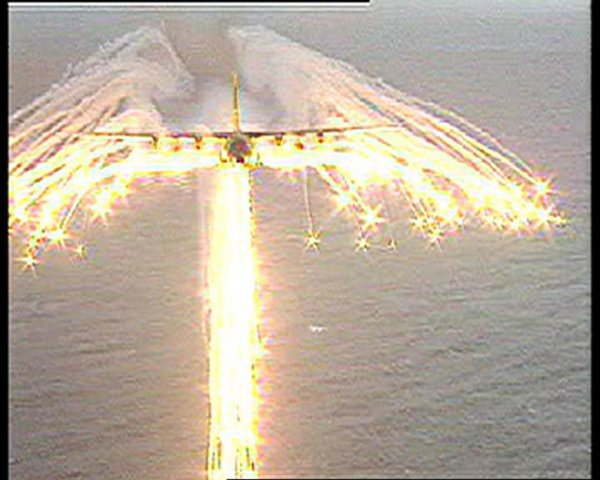 Harun Farocki
Schlagworte, Schlagbilder. Eine Gespräch mit Vilém Flusser
1986
See all works by this artist →
I like to work with what is often called "cultural heritage", but the materials that I use are banal and clichéd, like sugar blocks, doors, couscous, rugs, official documents.
Latifa Echakhch