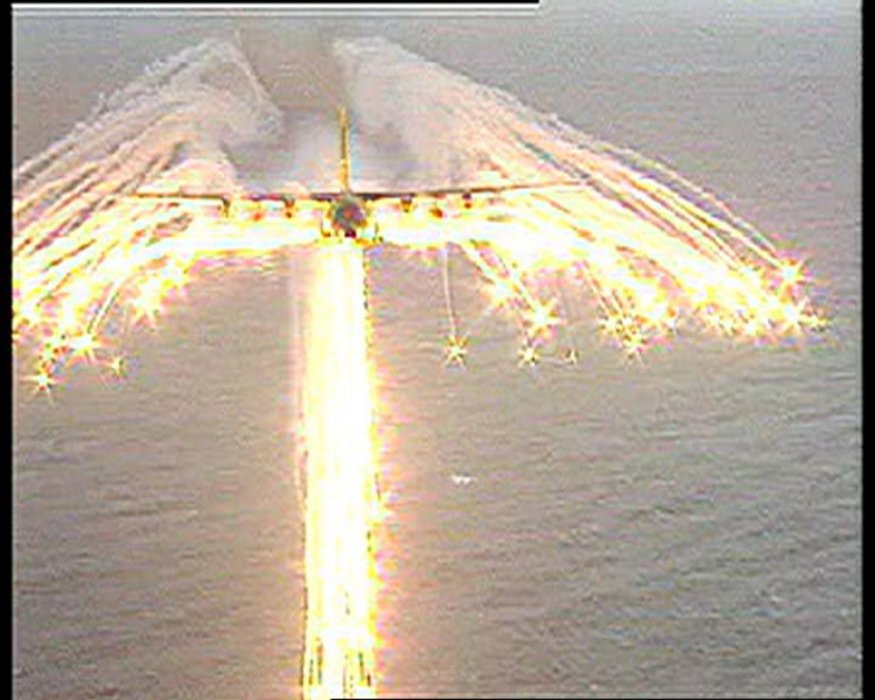 In the Eye / Machine trilogy, Farocki deals with the technology of war and how that visual technology has penetrated civilian life. In his films he brings out the fact that the human eye is losing the capacity to distinguish between real and fictional images. In Eye / Machine the lens of the camera is placed on the so-called ‘smart bombs’, replacing the human eye as the supreme witness of war.

The manipulation of images in times of conflict is nothing new, since countless documentary testimonies over history have shown that they have become one more weapon against the enemy. Counterinformation, which in other times was done from pulpits, in leaflets or over the radio waves, is now handled by image control, although no-one talks about war propaganda any more and it is the big communications groups that have control of information. The latest danger for official propaganda has been online publications and the dizzying speed with which users of blogs all over the world can ‘upload’ their version of events.

In the second part of Eye / Machine, Farocki looks more deeply into the relationship between production and war. The cameras are implanted in the machines, the replacement of the human eye by the machine eye. Once again he uses the images broadcast on television during the Gulf War with images for industrial use taken on an assembly line (which he had already used in the first episode) and combines them with others taken from flight or tank driving simulators. All these images have more to do with science fiction than with reality itself. He also shows the images taken by the first bomb with a television camera which was launched from Germany in 1942, during the Second World War. As at that time electronic technology was still rudimentary, a film camera recorded the images offered by the monitor. Unlike in more recent wars, at that time images of that kind had no commercial appeal.