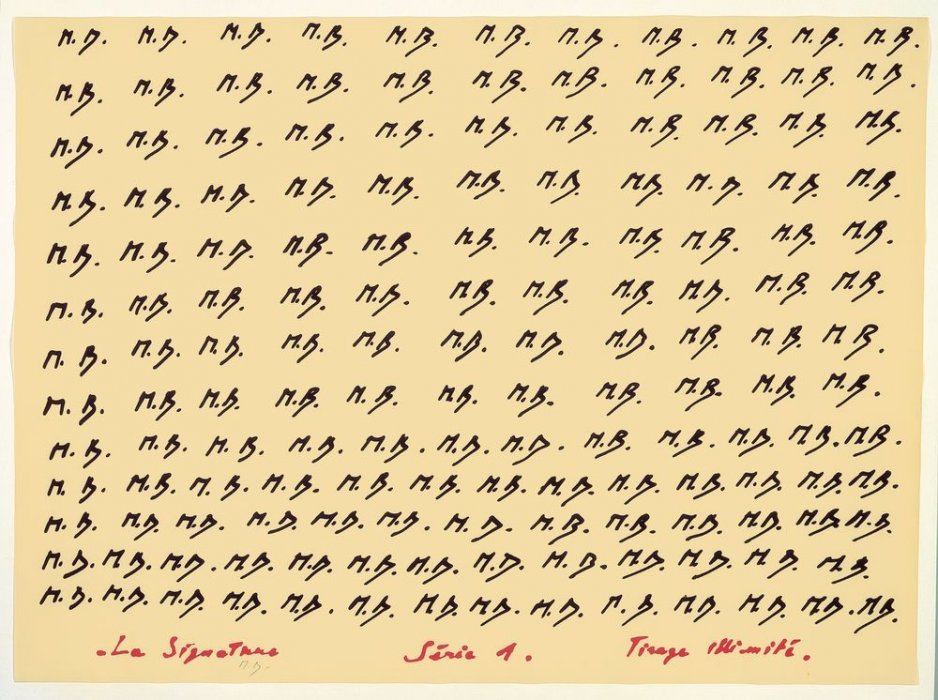 Broodthaers often make use of constructed errors so it is possible to see them even where they may not have been intended to be significant. Comparison of the plan of the principal floor of the house in the Rue de la Pepiniere which had housed his Museum in the print Musée-Museum with the reconstruction of half of it in the Salle Blanche shows that the former, though plausible, is wrong; but he did not make the correction. The conventional abbreviation "rat." is glossed in the print Tractatus Logico-Catologicus as "ratures" (deletions). Can it be the solution of the caption-title to the shadow image of a cat, in another print, La Souris écrit rat? Has the cat rubbed out a mouse? All of Broodthaers's prints prompt such conjectures, but he made sure not to provide answers. That is not the work of an artist, but of the viewer. 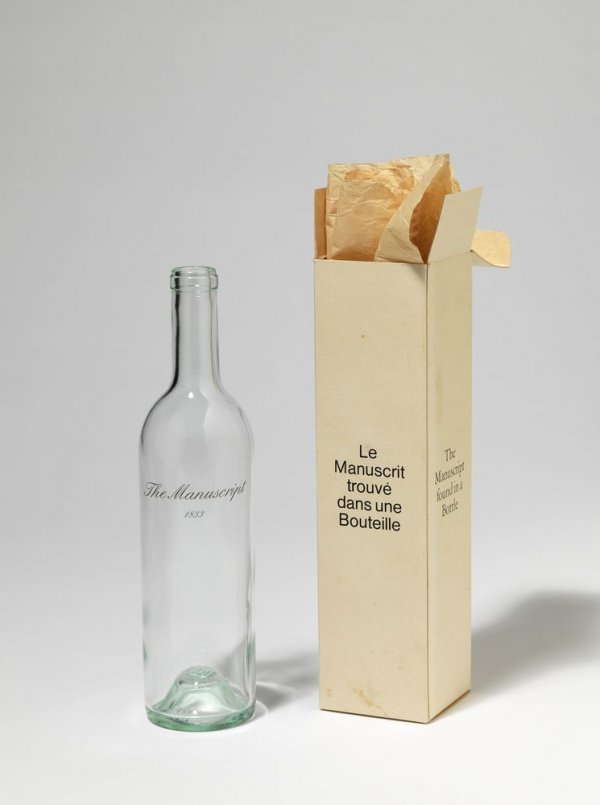 Marcel Broodthaers
Le Manuscrit trouvé dans une Bouteille
1974
See all works by this artist →
While there are ideas about psychological and emotional developmental processes held within the sculptures I make, the things themselves are actual physical explorations into thinking, feeling, communicating and relating.
Karla Black