Jenny Holzer (Gallipolis, Ohio, 1950) lives and works in New York. In the late seventies she began to hang anonymous posters in the streets of Manhattan with brief messages or aphorisms denouncing all forms of injustice. Every week she hung new Truisms printed in black characters on white paper, distilling the critical theory texts she had read as a student of the Whitney Independent Study Program. Later she printed them on t-shirts and carved them on public benches. In 1981 Holzer began to carve messages on aluminium and bronze plaques, like those used in hospitals or government buildings. After 1982, when she hired a luminous advertising board in Times Square, New York, Holzer incorporated LED posters as a support for her public messages. Holzer’s aphoristic art has been exhibited in numerous public spaces worldwide. Her projections on the landscape or the architecture and her messages denouncing injustice have won her international recognition.

Since 1978 Holzer has been the subject of numerous solo and group exhibitions in renowned institutions such as the Solomon R. Guggenheim Museum, New York (1989), Kunsthalle Düsseldorf (1990), Dallas Museum of Art (1993), Contemporary Arts Museum, Houston (1997), Neue Nationalgalerie, Berlin (2002), Australian Center for Contemporary Art, Melbourne (2006) and Whitney Museum of American Art, New York (2009). Her light projections have been seen in emblematic public spaces such as the World Trade Center, New York, and the Reichstag in Berlin, and in cities such as Boston, Prague, Vienna, Singapore, New York, Dublin, London, Paris and Buenos Aires. Holzer was awarded the Golden Lion at the Venice Biennale, 1990. Her works are included in the collections of MoMA and the Solomon R. Guggenheim Museum, New York, Tate Collection, London, and the MACBA Collection, Barcelona. 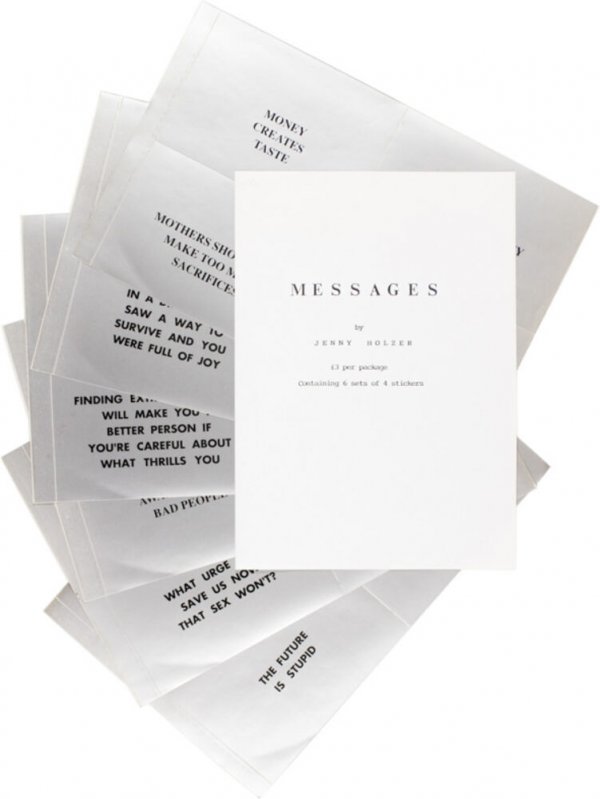 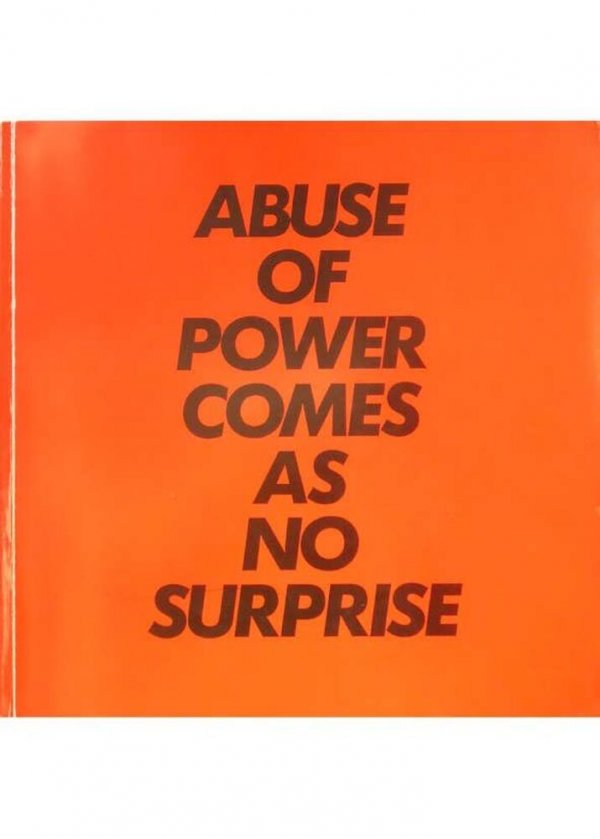 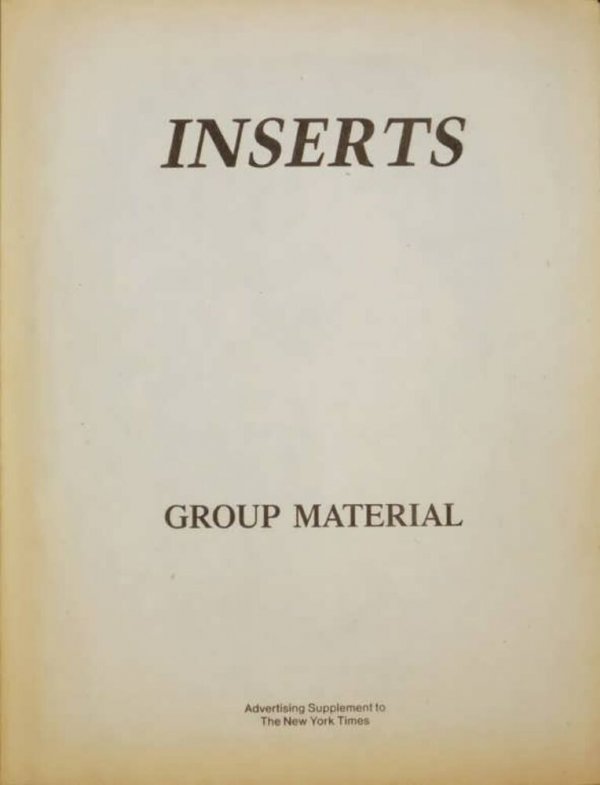 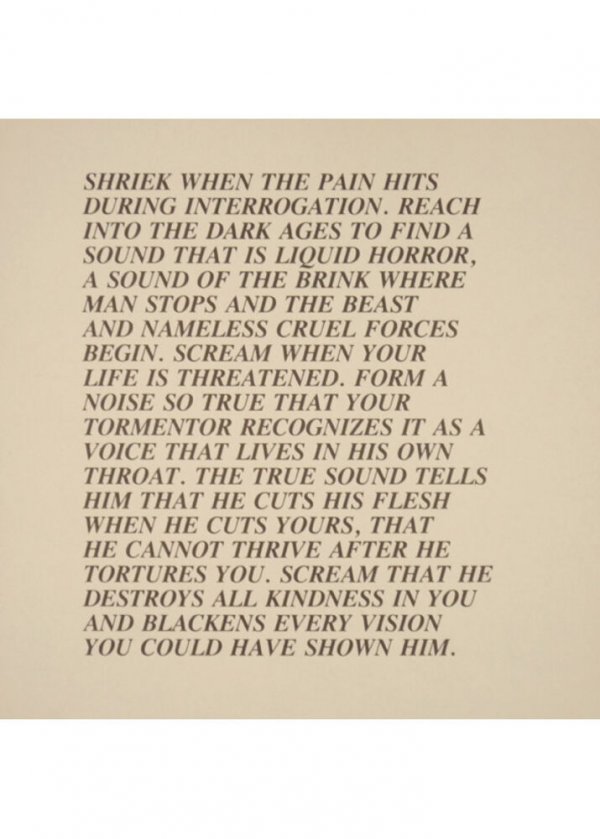 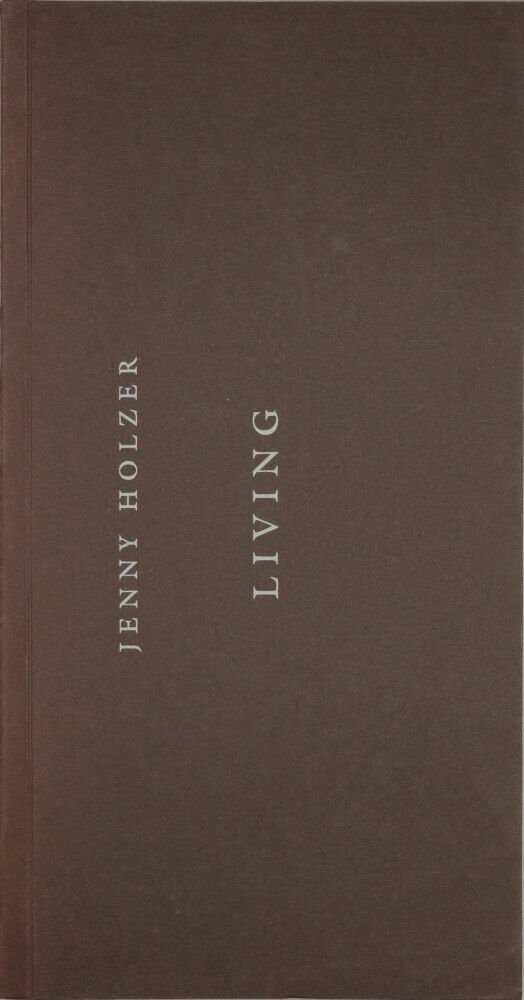 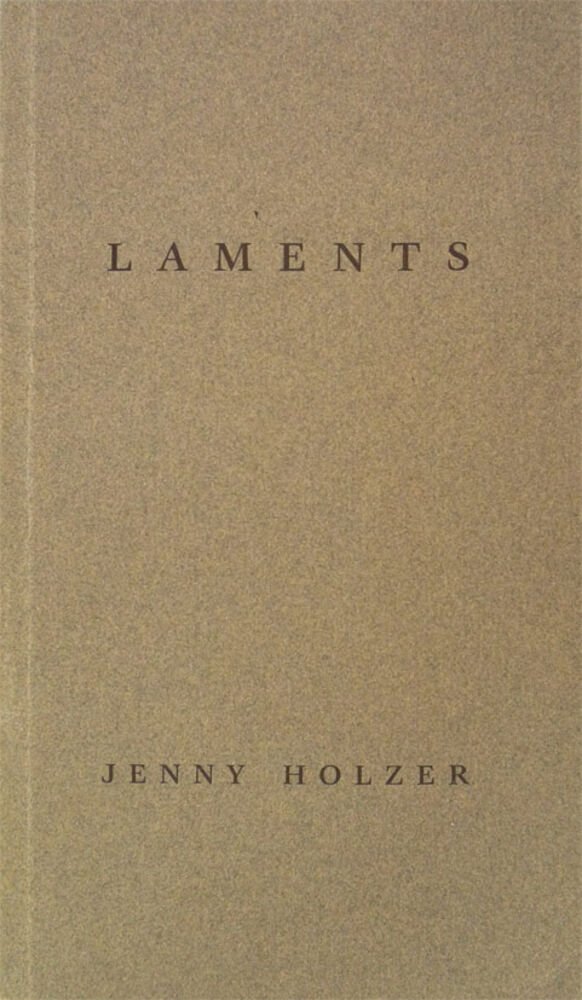 Laments / [Jenny Holzer]
1989
See all documents in the Archive →