In 1992, faced with the inevitable demolition of the wall located in the Plaça de Salvador Seguí where Keith Haring had made this graffiti in 1989, several possibilities were proposed in order to preserve the work. It was decided to lift a full-scale copy that would allow for future reproduction.

However, as the mural had badly deteriorated due to atmospheric and human action, the Barcelona City Council decided to commission a restoration team to perform an intervention in order to preserve the design as the artist had made it and construct a polythene cartoon or template using a permanent marker and perforations. This template, 34 metres in length and divided into five sections, has subsequently been used as a pattern from which the reproductions have been made.

Employing the stencil technique, and using the same paint for the reproduction, the outline of the graffiti was transferred to the wall through the small holes in the plastic. Then, taking as a guide the lines drawn with marker pen, the conservators-restorers carried out, brushstroke by brushstroke, the reproduction of the mural over a period of approximately five days.

Learn more about the work 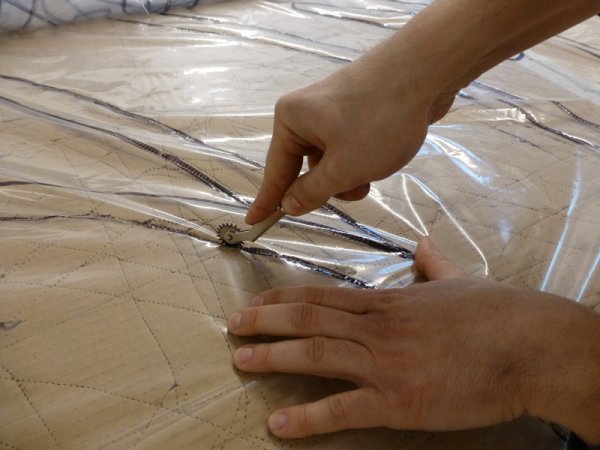 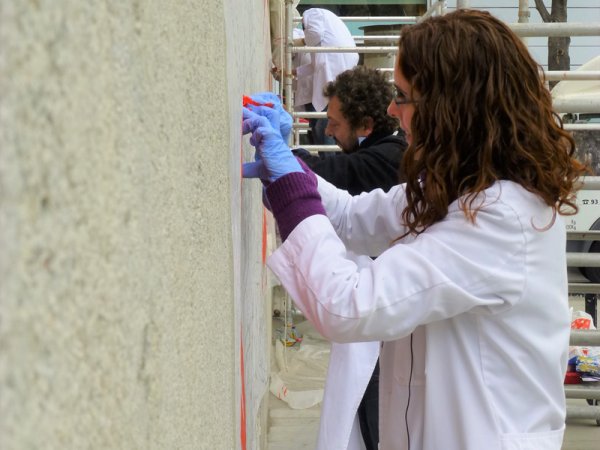 Photograph of the process of stencilling the wall. Photo: Silvia Noguer 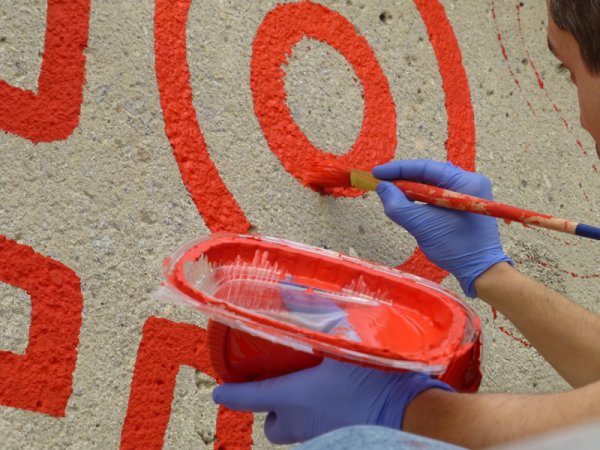 Photograph of the process of painting the wall. Photo: Silvia Noguer 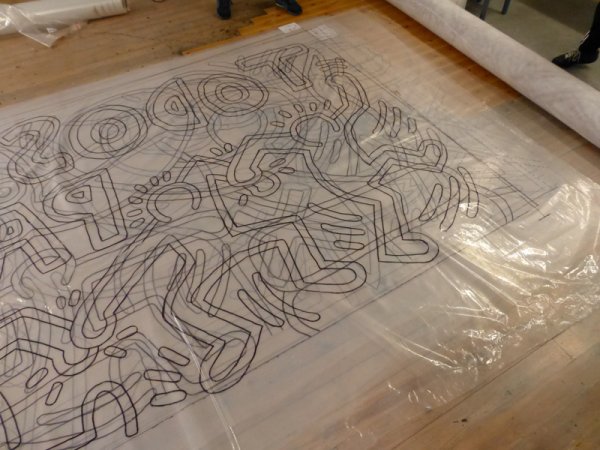 General view of the copies of the original templates of the work. Photo: Silvia Noguer 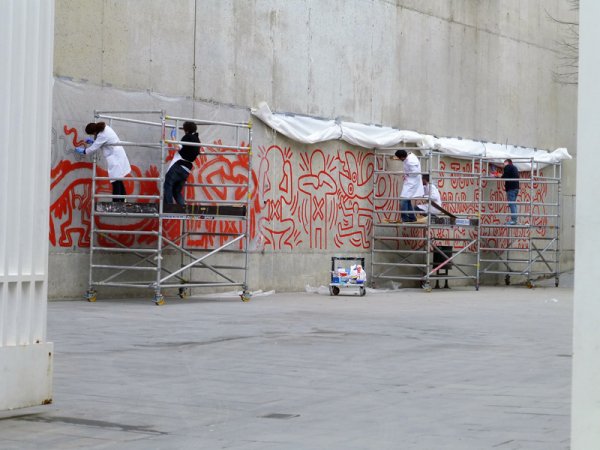 Conservation Department
restauracio [at] macba [dot] cat
I don’t think about art when I’m working. I try to think about life
Jean-Michel Basquiat