This exhibition analyses the idea of a document in the history of photography on the basis of the study and staging of a number of debates about the genre during the 20th century. With the aim of assessing various hypotheses about the meanings and mechanisms of the documentary, it traces a historical itinerary that gets under way with the beginning of the hegemony of photography in the illustrated press in the first third of the 20th century, before arriving at the purported crisis of photographic realism in the digital era at the end of the century. For all that, the exhibition is not a history of the genre, nor does it exhaust its possible definitions, but instead attempts to study how the photographic document has been constituted — in a consistently ambivalent and polemical way — in certain historical contexts.

Ever since John Grierson, founder of the British documentary movement at the end of the 1920s, defined the documentary genre as “the creative treatment of actuality,” this has become the crux of discourses about realism in photography and film. All the same, the concepts of document and documentary have acquired variable meanings during the course of the 20th century. The complexity of their definition derives from the fact that these concepts are inscribed within the philosophy of positivism, which subtends Western scientific knowledge, and are imbricated in such different discursive, as well as artistic, fields as the social and natural sciences, law and historiography.

The exhibition is organised in two major parts, which are respectively subdivided into various sections. The first part presents some of the main debates about the condition of the photographic document in the modern period, from approximately 1850 to 1980. The second part situates this debate within the historical trajectory of Barcelona, understood as a specific case study.

The Condition of the Document and the Modern Photographic Utopia

The beginning of the exhibition, Politics of the Victim, explains the appearance of the documentary genre in photography and film, linked to the representation of the working classes. Lewis Hine’s work for the National Child Labor Committee, set up in 1907, may be considered the precursor of a type of artistico-political documentary, reformist in kind, which emerges as a genre of indictment. In that sense, the genre is historically constituted in order to represent the underprivileged, thus instauring a “tradition of the victim.” It will have its greatest exposure in the illustrated magazines that proliferate during the 1930s and which constitute the public photographic discursive space par excellence until the 1950s. Hine’s images establish the bases of the reformist documentary promoted by the State, which culminates in 1935 with the huge Farm Security Administration project about the effects of the economic depression in the farming world of the southeastern United States. This project, in which photographers like Walker Evans, Dorothea Lange, Ben Shahn, Arthur Rothstein and Russell Lee participated, turned into the great visual construction of the politics of the New Deal.

In contrast to reformist documentary, in the second half of the 1920s a documentary photographic movement proliferates that is linked to the international workers’ movement arising out of the Third Communist International. It originates in the photographic paradigms and debates about realism, reportage and factography on the Soviet scene, in which photographers and critics like Aleksander Rodchenko, Sergei Tretyakov and Boris Kushner take part. Founded upon revolutionary premises, this movement promotes a use of the image and the self-representation of the workers as a form of emancipation and an appropriation of the means of (re)production. In it, documentation of the daily life of the workers and life in the factories is encouraged. One of its paradigmatic examples is the classic reportage by Arkady Shaikhet and Max Alpert, A Day in the Life of a Working-Class Family in Moscow (1931).

A second area, Public Photographic Spaces, traces the trajectory of the exhibitions designed according to an “expanded” conception of space based on the use of photography. The photo exhibitions designed by El Lissitsky between 1928 and 1930 established a new model growing out of the epistemological breaks and the ideas of a “new vision” of the era of the Soviet revolution. This paradigm was to extend to Western Europe through the designers and architects of the Bauhaus and be absorbed by the totalitarian aesthetics of the new fascist regimes of Italy and Germany in the 1930s. Its arrival in the United States via Herbert Bayer in the propagandistic context of the Second World War and the Cold War will be reflected in various MoMA exhibitions, culminating in The Family of Man in 1955. The trajectory is thereby described of a utopian architectonic-photographic space involving a new kind of spectator, from revolutionary Russia to Cold War America.

In the third instance, the exhibition explores the notion of photography as an instrument for the social sciences and for the creation of image archives in historical projects. From the Mission Héliographique of 1851 to the DATAR Mission of the 1980s, these campaigns or photographic missions involve the formalization of what we may consider as the project or the utopia of photography in modern culture: the converting of the infinite variety of the world into a rational order via the archive. With it, a collection of classified and universally accessible images is constituted.
To do so, this section explores various specific cases. The first of these deals with the inseparable relationship between anthropology and documentary, which is reflected in the pioneering books of Margaret Mead and Gregory Bateson, the British Mass-Observation project, the rural images of the Misiones Pedagógicas and the character-types of Ortiz-Echagüe in Spain.

The second case links the photographic missions with the heritage inventory, the landscape and the contribution to discourses on the nation-state, above all in France and the United States. Included here, among other bodies of work, are some of the classic photographic campaigns of the 19th century, such as the Mission Héliographique, those of the Fortieth Parallel in the American West, and the trips to the Middle East of Frith, Du Camp and Salzmann.
A third case study focuses on the origin and development of the idea of urban heritage and its historical memory based on the works of Marville and Atget about the Paris of the second half of the 19th century, and also the representation of the city in the 1930s, as in Berenice Abbot’s Changing New York. In the 1970s the critique of photography as a universal language marks a turning point, represented in the exhibition New Topographics. Photographs of a Man-Altered Landscape of 1975. The end of this utopia is defined by debates about the document in early postmodernism, which show — in works by Martha Rosler or Allan Sekula — how the testimonial value of the documentary image is no longer spontaneously given and has to be redefined by means of text.

The Photographic Construction of Barcelona

The second part of the exhibition begins with photographic representations of Barcelona from the period of the Universal Exposition of 1888 to the Universal Forum of Cultures 2004. The relationship between urbanistic models and their correspondence to the image of the city puts forward an hypothesis about photographic representation as a space of conflict inseparable from struggles for the city. In that respect, it examines the tension between the construction of official images and of counter-images.

This section gets under way with the first images and albums of the city from the 1860s and 70s, as a consequence of the Universal Exposition of 1888. Following that, a chronological tour follows based on the books and guides to the city having to do with the International Exhibition of 1929 and the emergence of a modern official photographic construction of the city in the transition to the Second Republic; the new avant-garde photography of the 1950s and 60s up until the Transition; the new topographical documentary from the end of the 1970s and 80s in relation to the urban recovery of the city and of democratic institutions. Finally, attention is paid to the period between the Olympic Games of 1992 and the Universal Forum of Cultures of 2004, in the context of the shift to a postindustrial urban model in which the image acquires a new centrality in municipal administration as well as in social conflict.
2007. Metropolitan Images of the New Barcelona

The exhibition ends with the presentation of the photo-assignments undertaken during 2007, which constitute a diagnosis of today’s city and of its areas of innovation for the 21st century. This project is a form of public interpellation through the appropriation of the model of the mission or photographic survey historically sponsored by government organs. The survey is born of the will to construct the image of the emerging city in a period of tremendous change. Unlike the 1950s and 60s, at the high point of a process of industrialization and urban expansion, today’s Barcelona lacks a strong image that shows the processes that are under way and which provides tools for the new urban majorities to understand the extent of the changes, opportunities and dilemmas that occur, and what is both new and singular about this process. In that sense, we still lack images and are therefore incapable of understanding the process of spilling over the metropolitan framework of the 20th century. Whence the need to find a new model and a new urban project.

The work method has consisted of detecting the phenomena that have to do with a transformation in the historical trajectory of the city, at the same time as reflecting its continuities. Consciously avoiding a topographical approach, the investigation has focused on these major axes. The works of Ahlam Shibli, Marc Pataut, David Goldblatt and Allan Sekula document different aspects of the change in relation between economy, forms of work and social networks; for their part, Patrick Faigenbaum, Sandra Balsells and Jean-Louis Schoellkopf demonstrate the social dimension of the city’s economic agents. The second axis goes into the changes in notions of the centre and the periphery using the work of William Klein, Andrea Robbins and Max Becher, Gilles Saussier, Xavier Ribas and Xavier Basiana and Ana Muller. Finally, Andrea Robbins and Max Becher, Hans Peter Feldmann, Lothar Baumgarten and Manolo Laguillo concern themselves, in their different assignments, with representations of some of the city’s emblematic places.

The materials used in the course of preparing this photographic project are on display at the MACBA Study Center. The exhibition includes books, articles and audiovisuals put together by students from the MACBA’s Independent Studies Program (PEI) and are available for public consultation. The materials are organised according to the structure and logic of the photographic project, and offer conceptual documentation of the works commissioned for the project.

Become a Friend
Share
Texts of the «Universal archive. The condition of the document and the modern photographic utopia» exhibition guide
Magazine: 2007 Imatges metropolitanes de la nova Barcelona (only available in Catalan)

The Image of Spain. Photography and Tourism, 1951-77
Courses and seminars
Activity 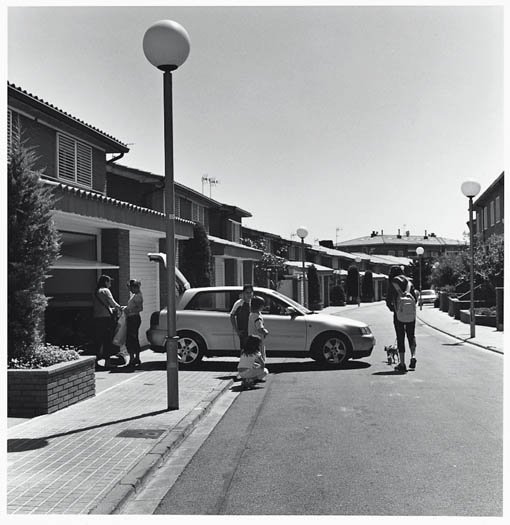 Politics of the Victim. The Poetics of Documentary Cinema in the 1930s
Cinema and video 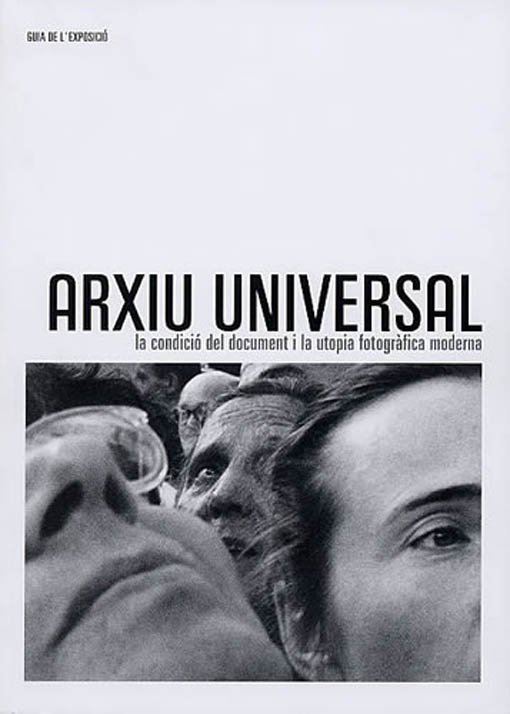 Universal archive. The condition of the document and the modern photographic utopia
Jorge Ribalta
Publication 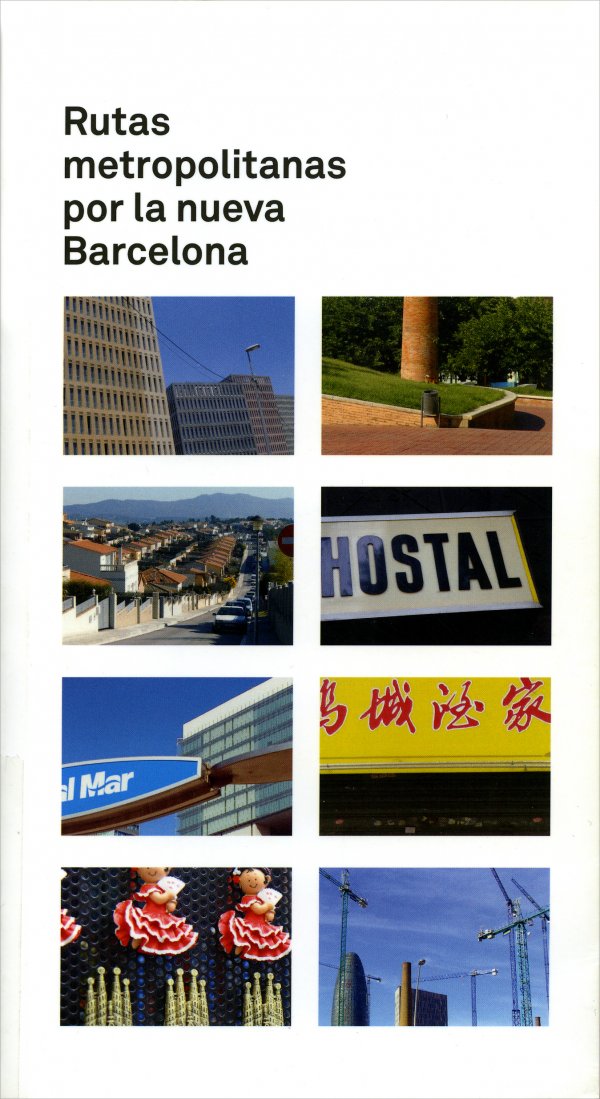 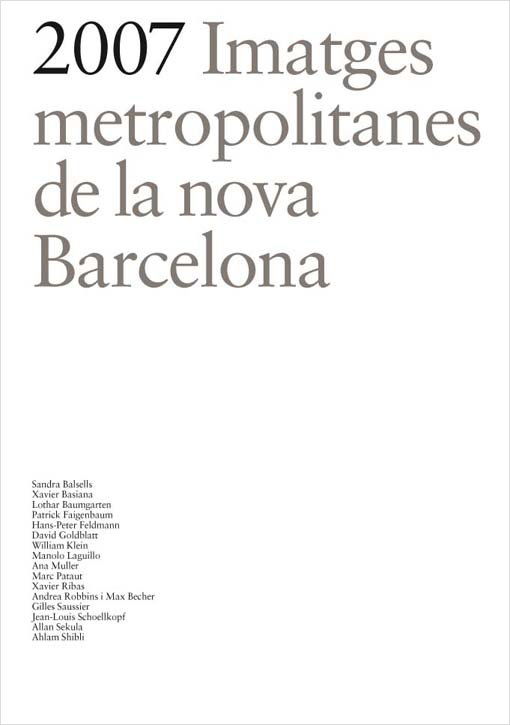 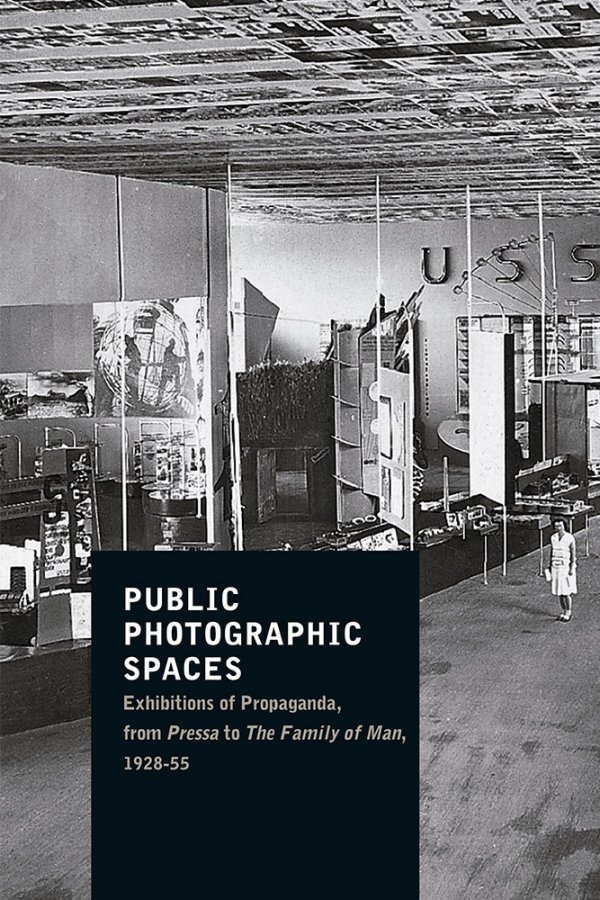 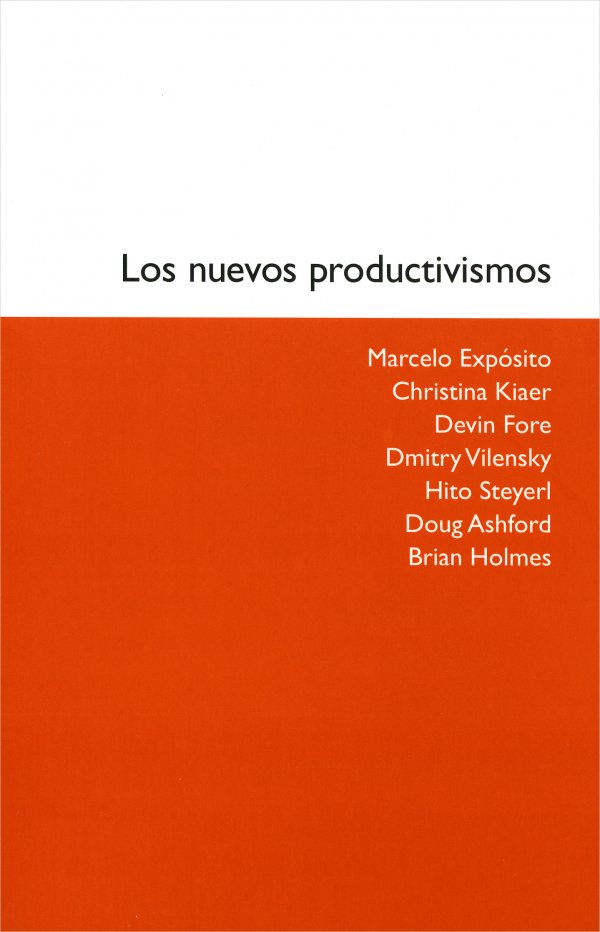 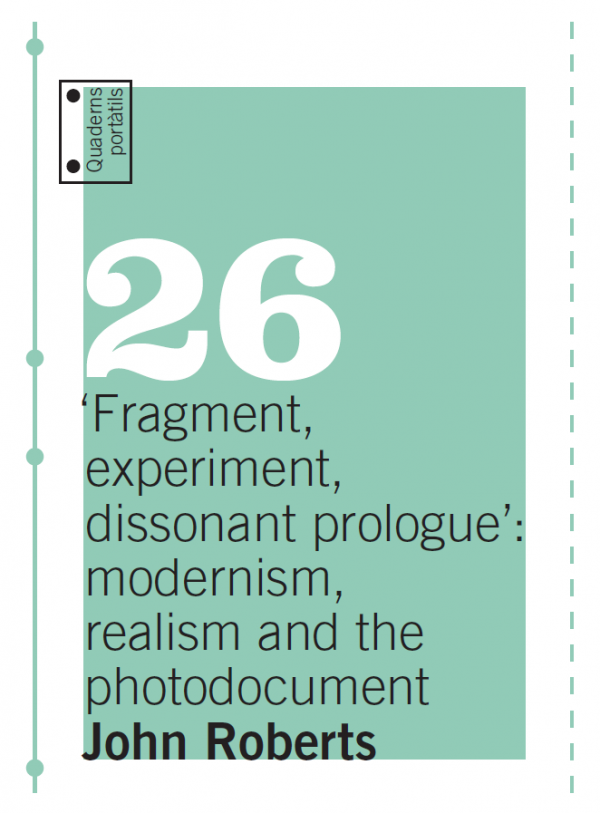