Raymond Hains (Saint-Brieuc, Côtes-du-Nord, France, 1926 - Paris, 2005) is a singular, unclassifiable artist who participated in the key moments of post-war French art without ever fully pausing for very long in of any one of them.

Hains’s work explores the world through its underlying linguistic framework, applying himself to the freedom of destruction and reinvention that language itself allows him.

As in the best surrealist tradition, Hains was a flâneur, and the urban derive was an essential method of work for him. The streets were his workshop, and they gave rise to the affiches déchirées (torn posters) that he began working on in 1949 with Jacques Villeglé. Both artists captured fragments of old, ripped posters, and transformed them into large-scale abstract compositions. With these works, Hains produced a sui generis version of Informalism, and offered an ironic take on Abstract Expressionism, calling himself an “inaction painter”. In 1959, these works led to his palissades (palisades), which were also an ironic response to American Pop and a prelude to the conceptual practices of artists such as Daniel Buren.

The exhibition, which brought together a hundred works from all of Hains’s creative periods, did not easily fit into the category of a retrospective. Rather, it was structured as a narrative in progress made up of moments, readings and encounters linked together by chance.

An exhibition by Raymond Hains is constructed rather like a narrative; a narrative made up of moments, readings, discoveries, of a kind of objective chance. This retrospective show is a production of the Museu d'Art Contemporani de Barcelona and the Fundação de Serralves in Porto, and brings together the work produced by the French artist between 1949 and the present. Around a hundred works will be on view, including several pieces created especially for the MACBA.

Defining himself as an inventor rather than an artist, Hains bases his method on deductions and comparisons, starting out from a systematic creative deconstruction of the world around him.. In 1947 he invented the hynogogoscope, a process designed to observe and fix the fragmentation of images and letters and to create forms which are obtained by placing between the object and the point of view (camera or photographic apparatus) three grooved glass plates superimposed on a photographic lens.

The creator of torn-up posters (affiches dechirées) with Jacques de la Villeglé in 1949, of palissades with François Dufrêne in 1959, and of illumins in the late sixties with Saffa and Seita, he produced The wrapped-up Neo-Dada or the art of cutting yourself into palissades with Christo in 1963, in order to be able to cast off his posters like an old skin. Faithful to the photographic apparatus, in that everything is photographed before it is torn up, his approach, based as it is on appropriation, casts doubt on the official reading of post-war art. Regarding himself as an ‘inaction painter', with no studio but the street, Hains' work transgresses and explodes all of the established theories of contemporary art.

Setting in motion once again his celebrated un-reading machine, the trips Hains has made to Spain and Portugal at the request of the Museu d'Art Contemporani de Barcelona and the Fundação de Serralves in Porto invite us to rediscover Dalí, Lacan, Breton, Dürer, Picasso, Serra or Koons, among others, by means of objective chance, as this was used first by the Surrealists and later by the Situationists, in the name of this self-same urban dérive. The investigation commences: journeys, readings, photographs, all are elaborated on the basis of reminiscences with a single objective: to create a new panorama of the situation. This exhibition offers us a new vision of the history of the European art of the second half of the 20th century, which is still waiting to be written. This new panorama of the situation, currently in progress, will be presented first at the MACBA and in January 2000 at the Fundação de Serralves in Porto. 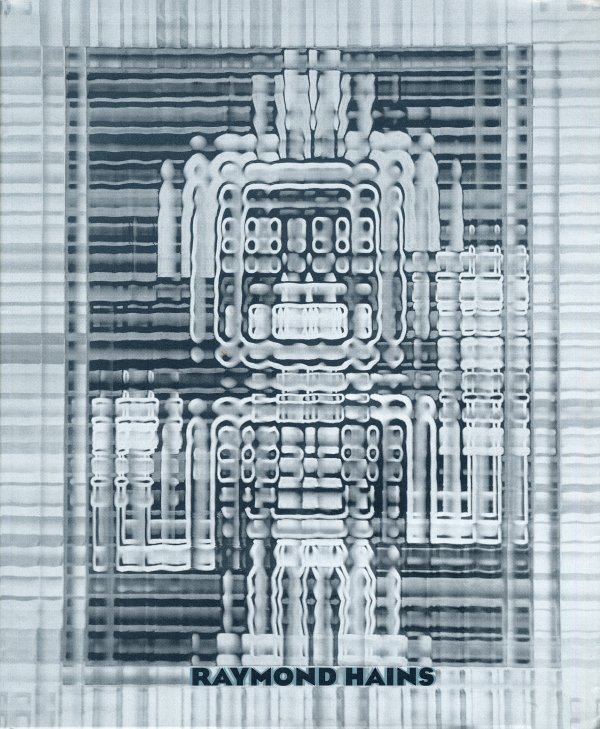