Iman Issa (Cairo, 1979) uses non-physical material in her work, relying on fiction while exacerbating the tension between objects and the words, names and adjectives used to describe them. In the words of the art critic Kaelen Wilson-Goldie: ‘In one sense, Issa’s work is about radical subtraction. Take the experience of a city, a structure, a monument, a memorial, a campaign poster, a political conflict, an open space, or an evocative story; then strip down the specificities and delete the defining details.’ Issa uses conventional museological displays such as vitrines, plinths, captions, labels and vinyl text to create frameworks for her objects and narratives that exist outside of a particular time or place. In her work, history becomes an exercise in an ahistorical storytelling that can concern us all.

Iman Issa lives and works in Cairo and New York. At the end of 2012 she won the 1st Han Nefkens Foundation – MACBA Award. The aim of this award is to help consolidate the work of artists who, despite a consistent career, are not yet recognised by the international artistic community, and to support international contemporary creation in Barcelona. Issa’s project, which was initially designed for a public space in the city, has been transformed into an exhibition representing a new phase in her series Heritage Studies.

Heritage Studies was begun in 2015. The title of this new body of sculptures comes from the interdisciplinary field of academic inquiry and applied knowledge that relates to the understanding and use of history. In this project, Issa explores historical artefacts that she feels resonate with the current moment. Paying careful attention to scale and material, her sculptures are reinterpretations of the historic artefacts alluded to in the labels: a formal means of exploring the implications of the original objects and their reverberations across time. While Issa’s forms are not replicas by any means, they seek to conjure a shared ethos or communicative potential with their initial reference points; they invite the question: How can an object serve or evade an agenda?

The exhibition also includes the audio piece The Revolutionary (2010), a work that weaves a story around the term ‘revolutionary’ and the meaning(s) it could evoke. Written by the artist and generated using text-to-speech software, the work presents a biographical and enigmatic portrait of a radical political figure.

Iman Issa
A project by: 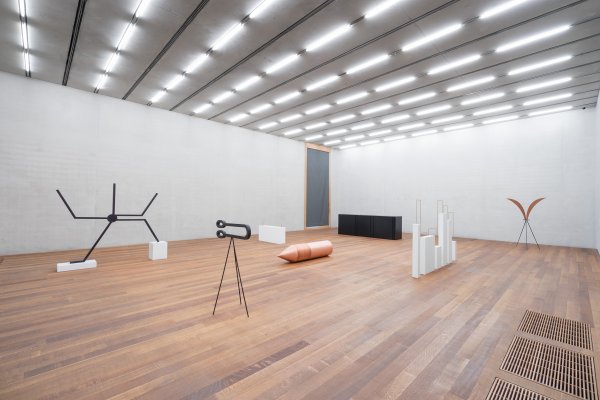 Son[i]a #178. Iman Issa
23.05.2013
The objects are intended to have the objective character of industrial products. They are not intended to represent anything other than what they are. The previous categorization of the arts no longer exists.
Charlotte Posenenske