This year marks the eightieth anniversary of the birth of Georges Perec (Paris, 1936). Coinciding with this event and the exhibition Species of Spaces, Arnau Horta, together with Eric La Casa, proposes a sound project inspired by the work of Perec: Tentative d’épuisement d’un lieu parisien (An attempt at exhausting a place in Paris).

In this book of just over sixty pages, the author describes some of the things that he observed and annotated during three days in October 1974 from various points in the Place Saint-Sulpice in Paris. The aim of this exercise, says Perec, was ‘to describe what is generally never noted, what is never noticed, what is not important: what happens when nothing happens, other than the passage of time, people, cars and clouds’. Perec's book is an inventory of colours, symbols, numbers, letters... A record of repetitions and variations of several everyday actions such as the arrival of buses or the coming and going of people and pigeons. It is also a collection of observations on the changing weather and fleeting thoughts. Things apparently trivial and ephemeral that, but for the testimony of Perec, would not have left any trace or memory: small events that would have been lost forever in time. It might seem that Perec’s inventory is arbitrary and uninteresting, but the chronicle of what he saw in the Place Saint-Sulpice is so meticulous, so selective, so... obsessive that it does indeed suggest that which is described in the title: a sincere attempt at exhausting a place in Paris.

Like the book that inspired it, this sound project is inevitably ‘tentative’. The aim is to repeat in a different way Perec’s particular exercise in urban ethnography (to which phenomenological and impressionist might be added). Replacing the pen and notepad by a microphone and sound recording system, it seeks to show the rhythms that hide behind the repetition and variation of everyday actions and events. Moreover, it aims to highlight the proximity between literary practice and sound creation by proposing a reconsideration of what it means to listen. And listening is not, as it might seem, a passive activity, but always implies some form of writing. But how can one move (transpose, translate, replicate...) Perec’s exercise into the field of sound recording? How do you get from an eyewitness account to another that is aural? First, we must stop thinking of a soundscape as conceptually equivalent to the notion of a visual panorama and develop protocols as a guide for selective listening, registered in the place where we listen. Using the obtained material a multichannel sound installation will be created, designed specifically for the MACBA’s Atrium. The sounds will be organised by rewriting the above-mentioned ‘listening protocols’ and the impressions of the artist during his ‘field work’.

Eric La Casa (Tours, France, 1968) has worked in the field of sound creation since the early nineties through recording, record production, installation, radio and various types of written publications. With his works, La Casa offers an interesting critical approach to the practice of sound landscape, questioning our listening methods and schemes. He has recently examined the sound dimension of public spaces and the places in which we spend our private and domestic lives in the context of the project entitled Habiter, and the relation between waiting and listening in L'attente.

Arnau Horta (Barcelona, 1977) works as an independent curator, journalist and researcher in the field of contemporary sound creation. He has worked on several projects for MACBA, the Sonar festival, CaixaForum, CosmoCaixa, the Filmoteca de Catalunya, the philosophy festival Barcelona Pensa and La Casa Encendida, among other centres and cultural initiatives. He is currently preparing his PhD in philosophy with a thesis on the work of sound artist Alvin Lucier, I Am Sitting in a Room. As a teacher and communicator he has collaborated with the Universitat Autònoma de Barcelona, the Universitat de Barcelona, the IED, ESDi, ZZZINC and the LOOP festival. He also contributes to the weekly supplements Cultura/s (La Vanguardia) and Babelia (El País). 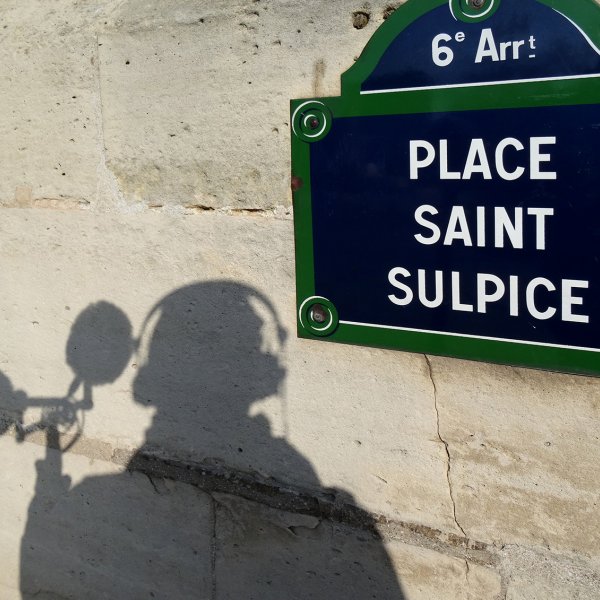