Live streaming at 10 am.

The MACBA and the CCCB suggest a day of talks, workshops and documentation on outstanding projects that blend art, science and technology and inspire us to action and civic participation.

Are you keen to put a multidisciplinary activity into practice in your education centre? Do you want to know how art, science and technology can move on to action to jointly address immediate social challenges? Are you interested in learning from community initiatives that could have a direct impact on your neighbourhood? Or might you perhaps like to contribute with the artist Natalie Jeremijenko to a project to combat climate change based in the Raval but which started out in New York?

During this day-long event, some 20 voices with very different tones will share their favourite projects, will speak about their particular initiatives, will read exhibition rooms with different eyes and will stir us into participating in activities to pollinate minds, streets and schools, producing seeds of change, social impact and collective action. New ways of understanding learning and knowledge suitable for anyone involved in the realm of education will coexist, move between and adapt to two institutions and a neighbourhood with a mobile, fragile and mutable format. For one day at least, we will become social insects capable of intervening collectively in any space, ambit or context.

Summary of the 'Social Insects: Common Learning and Pollination for Change' talk

Natalie Jeremijenko
A techno-artist and engineer, she lives between New York and San Diego
In her artistic projects, she uses cutting-edge technology to produce alternatives to a technological future and to stimulate institutional criticism with the aim of demonstrating the powerful role of technology in contemporary existence, guiding our actions, shaping our opinions and dramatising our lives.
She creates large-scale experiments in public spaces, "spectacles of participation", and produces videos and multimedia installations, using robotics, genetic and digital engineering, electromechanics and interactive systems to visualise data and promote natural (rather than virtual) systems. Her apparatuses are characterised as being "architecture of reciprocity", in contrast with the technologies that lead to total monitorisation and asymmetrical power and control.

José Luis de Vicente
Journalist, curator specialised in digital culture, art and technology
José Luis de Vicente is a cultural researcher and an expert in society, culture and digital art. In 2001 he became assistant director of ArtFutura, Spain's longest-established art and technology festival. He formed part of the team behind RESFEST, the global travelling digital film festival (2002-2006), and since 2004 has been a member of the programming committee for Sónar, the annual festival of progressive music and multimedia art in Barcelona, co-curating with Oscar Abril Ascaso and Advanced Music for its last three editions. He was also artistic co-director from 2005 to 2007 of OFFF, the International Festival for Post-Digital Creation Culture.
At present he is working on several research projects, such as "Visualizar" (Visualising) Medialab Matadero Madrid and "Atlas del Espacio Radioeléctrico" (Atlas of Radio-electric Space) for NOW: Meetings in the Present Continuous, CCCB Barcelona / AV Festival Newcastle. With Montxo Algora, he is the curator of the exhibition "Maquinas y Almas" (Machines and Souls) CARS (2008, in preparation).

Efraín Foglia
Efraín Foglia. Interaction Design + Research + Open Networks
Efraín Foglia is a designer in digital interactions, researcher and teacher.
He is a founding member of guifi.net, the largest self-managed telecommunications network in the world. He is also a developer of Open Networks in Spain, Mexico, Brazil and the United Kingdom, where he is designing, together with CreativeCoop a telematics network focusing on social improvement for the population of the Valleys area in Merthyr Tydfil, Wales.
Doctor in Fine Arts from the University of Barcelona. Specialist in New Media Art from the Bauhaus-Universität Weimar. Graduate in Graphic Communication Design from the Autonomous Metropolitan University of the City of Mexico. In 2014 he will be commencing a post-doctoral project at the São Paulo State University, focusing on the design of inclusive interfaces.
In 2011 he founded Mobilitylab, a platform for the design of physical and digital interactions. He is lecturer in Experimental Design at the University of Barcelona and lecturer in Digital Art and Infographics at the University of Vic.
Originally from the City of Mexico, he has lived in Barcelona since the year 2003.

Monica Bello
Monica Bello is an independent curator with a particular interest in art and science
She is a graduate in History of Art, with a Master’s degree in Artistic Curatorship, and is studying for a Master’s degree in Philosophy of Science. She is currently artistic director of VIDA, International Competition of Art and Artificial Life, founded in 1999 by the Fundación Telefónica. She has curated exhibitions, seminars and programmes dedicated to the meeting of art and science. Between 2005 and 2008 she carried out her work in Barcelona as a co-founder of Capsula, a curatorial platform that explores the hybrid ground between art, science and nature, and in Res-qualia, a web research project. In 2008, she joined the team of Laboral Centro de Arte, Gijón, as head of Educational Programmes, in which she has set up experimental programmes based around digital creation and education, research into new formats to promote artistic production, and she also has launched collaborations between the centre and universities, whose results include the postgraduate programme “Innovation in Culture: Art, digital media and popular culture” with the Universitat Oberta de Catalunya (UOC) and collaboration agreements with the Universidad de Oviedo. She participates in different advisory committees, has published on the intersection between art and science, and on new curatorial and educational modes.

Alina Mierlus
Alina Mierlus is a geek and an activist for open technology
She has worked and participated for many years in communities supporting free software and culture. Her interest is focused on the impact of web technologies in our culture and social lives, especially in the field of education and the development of communities. She is currently collaborating on projects such as Mozilla, Softcatalà and Wikipedia.

Enric Senabre
Masters degree in Information Science and Knowledge Management at the Universitat Oberta de Catalunya, where he works as Assistant Professor in Multimedia Studies
He is a member of the founding team of Goteo.org, a collective funding platform for common projects, and he is Deputy Director of the Observatorio para la CiberSociedad, where he has directed projects such as the IV Congress of Cybersociety.
He has worked as a coordinator in the area of City and Collaboration in Citilab-Cornellà, as Online Content Coordinator of the Infonomía network, and has implemented e-Learning and open education projects for various institutions.
He collaborates with Mozilla in the area of education, with the testing and implementation of the Hackasaurus project.

Josep Perelló
PhD in Physics (2000). Associate Professor at the Department of Fundamental Physics at the UB. Member of the steering committe of Complexitat.cat. Currently, secretary of the dean of the Faculty of Physics.

Activity organized in collaboration with: 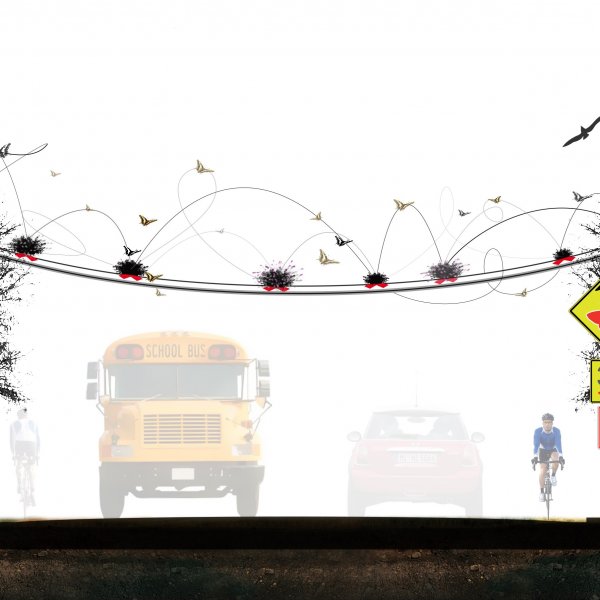 10 - 11 am Welcome and opening talk
Venue: Meier Auditorium at the MACBA
The artist Natalie Jeremijenko looks back with us at her career to date and her approach to projects involving the idea of collaboration.

Jeremijenko is an artist, scientist, engineer and inventor with a special interest in environmental and urban issues. She is a professor in the Visual Arts Department of New York University and is affiliated with the university’s Computer Science Department. Her multidisciplinary practice develops the emerging field of socio-ecological systems design in the Anthropocene, the current geological age that began with the advent of the Industrial Revolution. Jeremijenko uses attractions and ongoing participatory research spectacles that address the challenge of reimagining our relationship with natural systems, particularly in urban environments. Her approach encompasses various strategies for redesigning energy and food with a view to contributing to the common good and improving the health of humankind and the environment.

Activity in English with simultaneous interpreting

12.30 - 2.30 pm Museums and exhibition tours
Venues: Exhibition Room 2 at the CCCB and the MACBA Collection Exhibition Rooms.
We will let ourselves be guided by artists, scientists and activists will read the exhibition space for us in a participative and unusual way.

Led by the DIYBio Barcelona biohacker collective through the Human+ The future of our species exhibition at the CCCB.

Led by Jordi Ferreiro and Antoni Hervàs through the rooms of the MACBA.

4.00 - 7.00 pm Workshops (*you must choose one)
Practical sessions in small groups during which tools, strategies, methodologies, technologies and even the possibility of working actively in a project led by the artist Natalie Jeremijenko will be presented.

*Everyone registering for the full-day option will later receive an e-mail so that they can choose which of the three workshops they want to join.

BeAnotherLab: the machine to be another
Venue: Beta Station at the CCCB
The collective will develop and share with us Creative Commons immersive tools that provide innovative solutions for research into cognitive processes and human behaviour.

Natalie Jeremijenko, treexcloud (in English)
Venue: Workshop Space at the MACBA
The artist, who lives in New York, will propose and set us to work on a series of specific initiatives to combat climate change in a productive and collaborative way at the local scale of the Raval neighbourhood.

Domestic Data Streamers: playing with data
Venue: Convent Auditorium at the MACBA
The collective of designers proposes an activity in which we will combine our forces to find ways of representing data from very different sources with the help of everyday objects.

All the participants in the seminar will be given free admission to the Experience MACBA activity, which will be led by the artist Natalie Jeremijenko.

7 - 8 pm Experience MACBA
Natalie Jeremijenko, Museum of Natural Futures
Venue: Atrium at the MACBA
Just after the COP21 conference on climate change held in Paris, the artist Natalie Jeremijenko will present some aspects of her work relating to this subject and will share some of the initiatives launched in collaboration with the residents and organisations in the Raval neighbourhood.

Event curated by Josep Perelló, who leads OpenSystems Research at the University of Barcelona.

This event is intended to continue the line which began at the MACBA with the Open Systems programme for teachers on the usefulness of discovering and examining the hybridisation and convergence of artistic and scientific practices. The CCCB has launched an experimental programme of activities and research (2016-2017) on how to address the issue of climate change in cultural institutions. 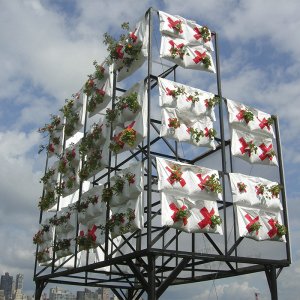