The Arab World has recently experienced an unprecedented boom of artistic expressions that have distanced themselves from previous local models. Foremost among these new forms of expression are the independent publications of Arab comics for adults, a contemporary phenomenon, producing a vast number of publications, which takes the pulse of the social, political and cultural reality of the Arab world.

Rosoum introduces the experiences and actors of the independent Arab comic to Catalan audiences. For the first time, four of its most active protagonists are coming to Barcelona to present some of the most interesting and relevant projects from the Arab-speaking world: Lena Merhej, founder of the Lebanese magazine Samandal (Beirut); Mohammed Shennawy, founder of the Egyptian fanzine Tok Tok (Cairo); Noha Habaieb, founder-member of the Tunisian magazine Lab619 (Tunis); and Mehdi Annassi, founder-member of the Moroccan fanzine Skefkef (Casablanca). In the course of one week the representatives of these four publications will meet in Barcelona to produce vignettes, discuss strategies for the creation of an artistic network among collectives of the Arab comic world, explore the possibilities of creating an alternative distribution network between the aforementioned cities, as well as interacting with the local comic scene through an open encounter with its authors.

MACBA is hosting a day of activities including an open encounter with the public moderated by Francesc Ruíz, during which Lena Merhej, Mohamed Shennawy, Noha Habaeib and Mehdi Annassi will talk about their experiences as comic writers in the Arab world. The session will end with the presentation of the fanzine produced during their stay in Barcelona. 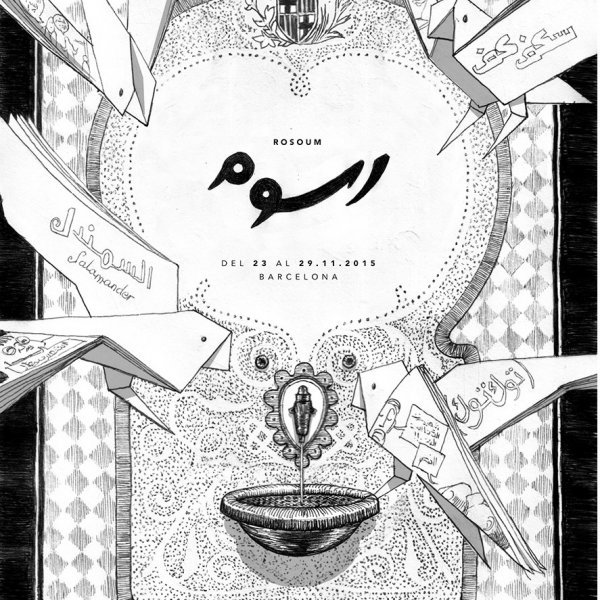