This year’s edition of LOOP Festival will then look at production as an open-ended process of creation that simultaneously determines and affects the artists’ practice as well as the related modes of distribution and circulation in art.

Participants
Sander Breure and Witte van Hulzen both live and work in Amsterdam. Breure graduated from the Royal Conservatoire, The Hague, and Van Hulzen obtained his degree from Artez in Arnhem. Their multidisciplinary practice is based on research on the body language and its interpretation. Their work has been shown in solo and group presentations in the Netherlands and abroad, including pieces at the Stedelijk Museum Amsterdam, 2014, and the Contour 7 Biennial for the Moving Image in Mechelen, 2015. They have been residents at Platform Garanti in Istanbul, 2009; at Hangar in Barcelona, 2010; at the Foundation of the Arts NYFA in New York, 2012; at CCA Zamek Ujazdowski, Warsaw, 2015; and at Dordtyart, Dordrecht in 2018. During 2016-2017 they were participating in the residency program of the Rijksakademie van Beeldende Kunsten, Amsterdam. In 2019 they will have a solo presentation at Marres, House for Contemporary Culture in Maastricht. 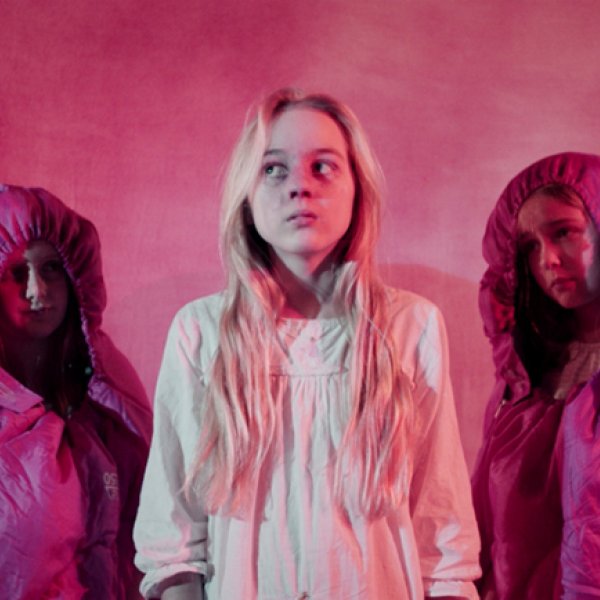 A collaboration between the Mondriaan Fonds, tegenboschvanvreden and LOOP
Curated by Marta Ramos-Yzquierdo

A portrait of ‘being behind the screen’. A theatre, four actors, light and sound. A performance about the behavior of the body in the light of our devices. The Dutch artists Sander Breure & Witte van Hulzen offer a reflection on our ‘fluid’ society, in which technology has become a condition for our existence. The research started two years ago at LOOP Fair, where they observed the behavior of the audience in the hotel rooms, the bodies spread out on beds and sofas in a state of dream or hypnosis, lit by the flickering light of screens and projections. In this work, the screen –as the interface for our contemporary relationships with the other and with the world– turns out to be both the face and its masks. The moving image would be the territory to think about the neuroplastical effects of the everyday digital world on the ways we grasp reality.

- 7 pm. SQUEAK, SQUEAK.Marianna Simnett's videos: a selection
A collaboration between LOOP and the Serpentine Galleries
Curated by Claude Adijl

Through performance, video, watercolour and installation, Marianna Simnett challenges how bodies are perceived and imagined. Uncanny narratives display the body as a site of dispute, performing surgical interventions, and gestures of collapse and ecstasy.

Loop Festival
https://loop-barcelona.com
I like to work with what is often called "cultural heritage", but the materials that I use are banal and clichéd, like sugar blocks, doors, couscous, rugs, official documents.
Latifa Echakhch