This activity will be streamed live Wednesday 14 December, from 11 am to 8.30 pm.

In the thesis entitled ‘On the Concept of History’, Walter Benjamin proposes ‘to brush history against the grain’ in order to question those compact, seamless accounts that speak of a victorious past, as the only way to prevent stories about the vanquished falling into oblivion. In this sense, a revision of Europe’s recent past – now that its foundations have proved not to be as solid and triumphalist as we were led to believe – and an understanding of today’s complicated present seem more pertinent than ever. The growing spiral of inequality, relocation of industry, large impoverished regions, North-South imbalances, the instrumentalisation of culture and the growing spectre of fascism that is haunting Europe, are just some examples of our troubled present that are worth considering.

The six European institutions that form L’Internationale have proposed, under the remit of the project The Uses of Art – The Legacy of 1848 and 1989, to examine the relevance of such a decisive period from a current perspective, brushing it against the grain. The cycle of exhibitions and debates developed by the various institutions reaches its conclusion at MACBA with the exhibition Hard Gelatin. Hidden Stories from the 80s and with this seminar. The Eighties Against the Grain will present some of the projects developed by these European institutions, accompanied by case studies conducted recently in Spain by a generation born in that era, which highlight the need to look to the past in order to find all the possible futures that could not be, and to understand and rewrite the present.

In the case of Spain, the official account of that period deserves to be comprehensively revised. The enthusiasm of that era, with its movidas, internationalisation of industry, art and culture, urban development and renewal of infrastructures, was merely an attempt to mask the accelerated financiarisation and de-industrialisation at the service of the dictates of Maastricht, and the process of forgetfulness that still grips the country. In this sense, this seminar follows some of the lines that MACBA has already explored in previous projects like Desacuerdos (Disagreements) and will continue to explore in the future.

The seminar is divided into three distinct thematic sections: ‘Global mobilisation and deregulation: the foundations of neoliberal governmentality', ‘Stories from the counterculture’ and ‘Dissident sexualities’. In each section, brief presentations of thirty minutes for each project will be followed by round table discussions. 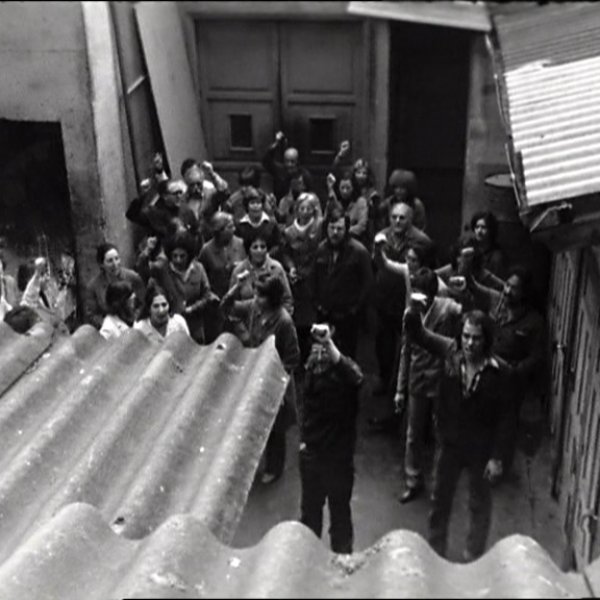 11 h Welcome by Ferran Barenblit, Director of MACBA, and presentation of the seminar by Pablo Martínez, MACBA’s Head of Programming.

Global mobilisation and deregulation: the foundations of neoliberal governmentality
11.15 h The exhibition as a terrain for debating History. Alberto Berzosa
11.45 h Will the mortar explode? Luis López Carrasco
12.15 h How did we get here? Merve Elveren
12.45 h They wanted us dead. The counter-revolution of the horses again. Marta Echaves
13.15 h Questions and debate
14 h Lunch break

Dissident sexualities
18.30 h Traces of sexual dissidence in the transition from the eighties to the nineties in Spain: towards a socio-political re-reading and re-writing. Fefa Vila
19 h In memory of Alberto Cardín (1948–1992). Equipo Palomar
19.45 h Questions and debate
20.30 h End of the session