The collaboration between the Escola Superior de Música de Catalunya (ESMUC) and MACBA continues to offer interesting musical ideas. On this occasion, the percussion group plays Drumming, an emblematic work in the repertoire of twentieth century music. The work is by Steve Reich, the American composer and pioneer of Minimalism, and was written following his return from Africa and premiered in December 1971. It lasts an hour and, although interpreted whole, it consists of four parts, corresponding to four groups of instruments:

- Eight bongos
- Three marimbas played by nine percussionists with vocalist
- Three lyres, piccolo and whistles
- Tutti, of the above instruments.

With its clear African influence, the work evolves from a single rhythmic motif, repeated obsessively, which multiplies, decomposes, overlays and gradually offsets, to achieve a rich variety of textures.

In March, the Mercat de les Flors will present Drumming Live, the choreographed version of this work by the prestigious company Rosas de Anne Teresa de Keersmaeker. The music will also be performed by the percussion group of ESMUC. 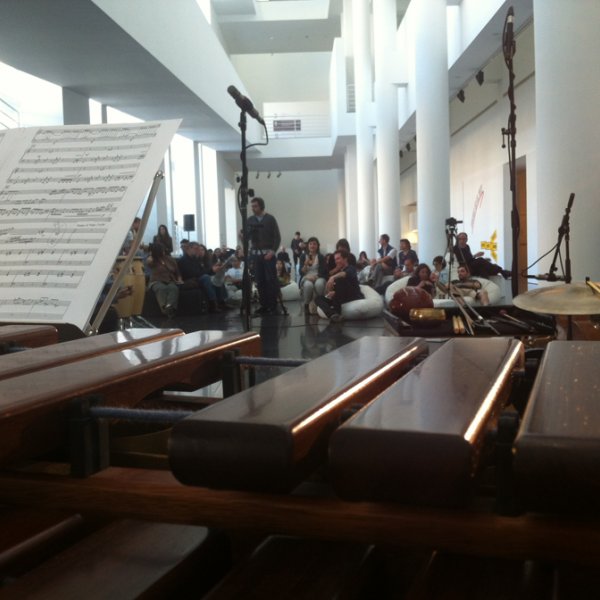 Activity organised in collaboration with the Mercat de les Flors and ESMUC.