The collaboration between the Escola Superior de Música de Catalunya (ESMUC) and MACBA continues to offer interesting musical projects. On this occasion the concert is articulated around the idea of simplicity, without forgetting the investigation of new artistic and sound worlds. The programme demonstrates that the so-called simple percussion instruments can be of great importance to the musical discourse. The great variety of sounds, colours and timbres derived from percussion becomes even more explicit in instruments such as the güiro, spring drum, Tibetan bowl and Chinese box.An artistic interaction between two instruments has arisen around this idea. The first is based on the combination of percussion with an equally primitive instrument such as the flute.

The second is centred on the dialogue between the ensemble of instruments and the audiovisual material, which, in this case, is an essential part of the concerto and not a mere accompaniment. 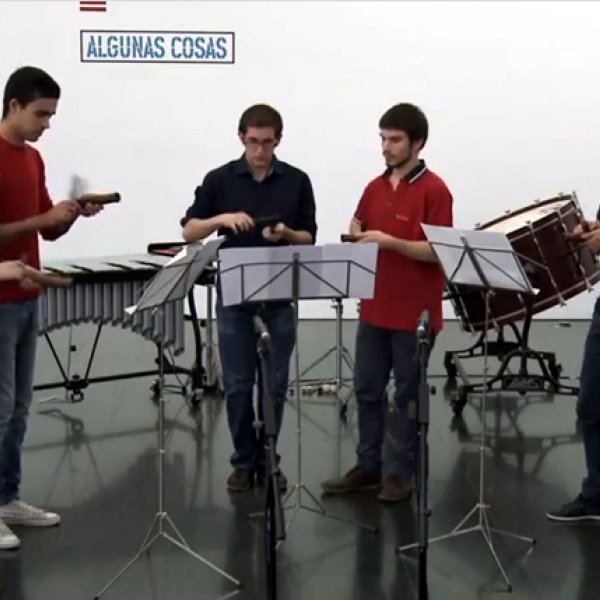 The cycle of works for percussion entitled Mani (Hands), by Pierluigi Billone, an Italian composer living in Vienna, refers to the hand’s capacity for creating a living contact with sound. Mani. Mono (2007) takes its inspiration from the American indigenous peoples living around Mono, an over-two-thousand-metre-high lake in the Yosemite National Park, Sierra Nevada, California. The result is an ancestral sound of unexpected resonances.

Petites catàstrofes is a short work that explores the various forms of disintegration of gesture and rhythm with very few instruments. The aim is to obtain the maximum level of intensity with a minimum of elements. And this is based on rhythm. The piece is an exaltation of percussion’s power and energy.

Lend/Lease was a programme created to circumvent the so-called neutrality of the United States during the two-year period prior to actively intervening in the Second World War. During that period, the United States sold arms to the United Kingdom in advance of its eventual participation in the conflict. The piece Lend/Lease is imbued with the spirit of this cooperation.

This is a nocturnal piece evoking the wide variety of sounds in the Amazon jungle. It was commissioned by the composer and the percussionist Stuart Smith for his anthology of new works for box, The Noble Snare.

Jupiter
Rubén Martínez Orio (1988)
Between the years 2004–6, NASA sent probes to Jupiter with the intention of making measurements of all kinds, gathering information about the energy released in the storms, solar winds, rotations, bow shocks, etc. All of these contributed numerical data on the amount of electromagnetic energy emitted. Since sound is nothing but energy that moves through a medium, this data from NASA was transformed into audio with the intention of trying to represent the sound of the planet. From there, Martínez Orio has gathered all these sounds into a single compendium. None of the parameters of the original sound has been changed so as to not to disturb its essence. 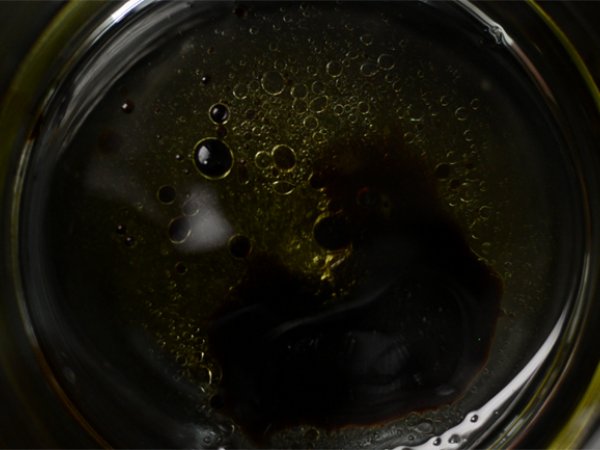 Concert for percussion and audiovisuals