Cineclub proposes recovering the shared experience of watching films together in order to create a dialogue with and through cinema, sharing our perspectives. The idea is to create a group, intended to be heterogeneous, of people interested in moving pictures, which will be dedicated to critical thinking and observation focused on contemporary cinematographic representation.

Over the course of six meetings, we will explore our present through non-fiction cinema. During each session we will watch one film, chosen via consensus, that responds to the common interests of the group; for example, borders and migrations, gender and sexuality, urban life, work and productivity, or new and old fascisms. At the end of the screening, we will discuss our thoughts, feelings and perspectives. The debate will be rooted in a horizontal and feminist practice, the narratives of the south, sharing our voices to create a space for open receptiveness and trust, where we can all relate in an informal way with one another and with film. It is intended as a space to come together to watch films that take us out of the role of passive spectators, activating a dynamic of debate with the power to generate a space for collective reflection founded on a dialogue between different perspectives.

Laura Arensburg is a filmmaker and audio-visual curator. She earned a degree in 2005 from the ENERC, the film school at Argentina’s National Institute of Cinema and Audio-visual Arts (INCAA). In 2018, she completed the Independent Studies Programme at the MACBA. She has received several scholarships and prizes and her work has been selected for festivals in Latin America and Europe. She has collaborated on the production of films, television programmes, art videos and contemporary dance works. She is also involved in education programming for arts centres, in the mediation and coordination of video workshops for adolescents. She is the curator of Ciclo Cuerpos. Imagen y cuerpo en movimiento [Body Cycle: Image and Body in Movement]. She is currently developing her first documentary feature film, La partida [The Departure].

Catarina Botelho is a visual artist and filmmaker, who works mainly in photography and video. Since 2005 she has participated in several exhibitions and artists’ residences and has won awards, especially in Portugal, Spain and Brazil. She collaborates with education departments at contemporary art museums and associations in the development of programmes and activities involving artistic experimentation. She is also an activist in the area of right to the city. In 2017 she made her first film, Notas de campo [Field Notes], a generational look at the experience of the years of austerity in Portugal. She recently completed the Independent Studies Program at the MACBA. She lives between Barcelona and Lisbon. 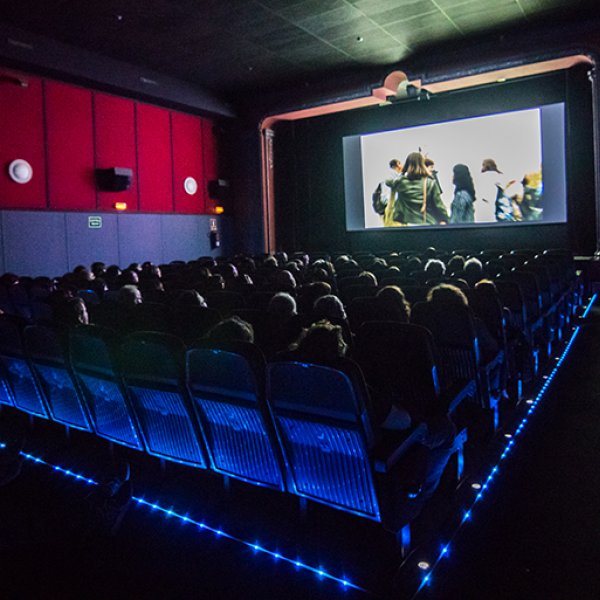 Public Programs
macba [at] macba [dot] cat
Tel: 93 481 33 68
I paint as if I were walking in the street. I collect a pearl or a crust of bread; what I find around is what I offer
Joan Miró