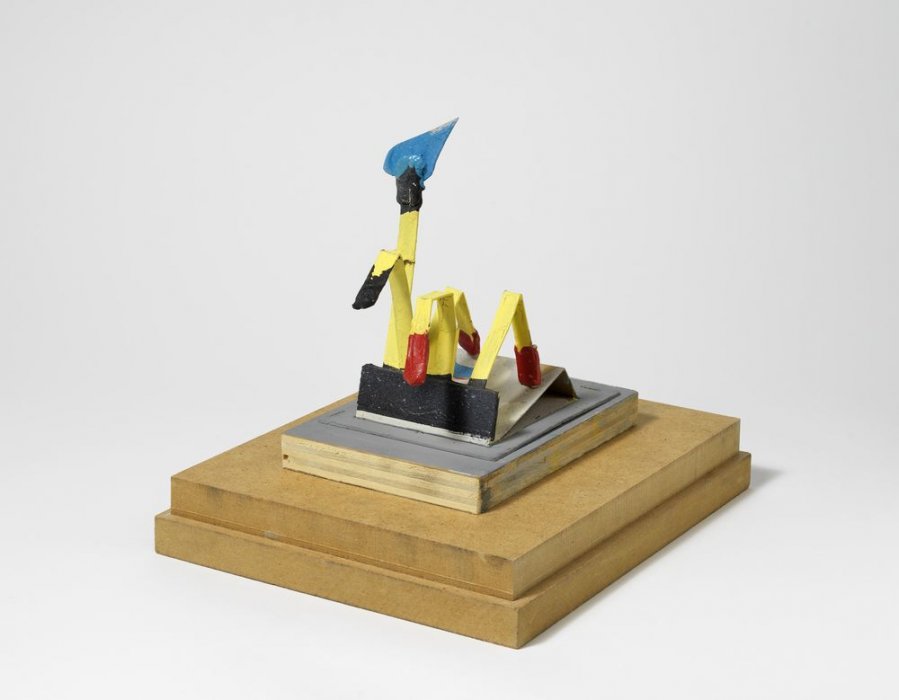 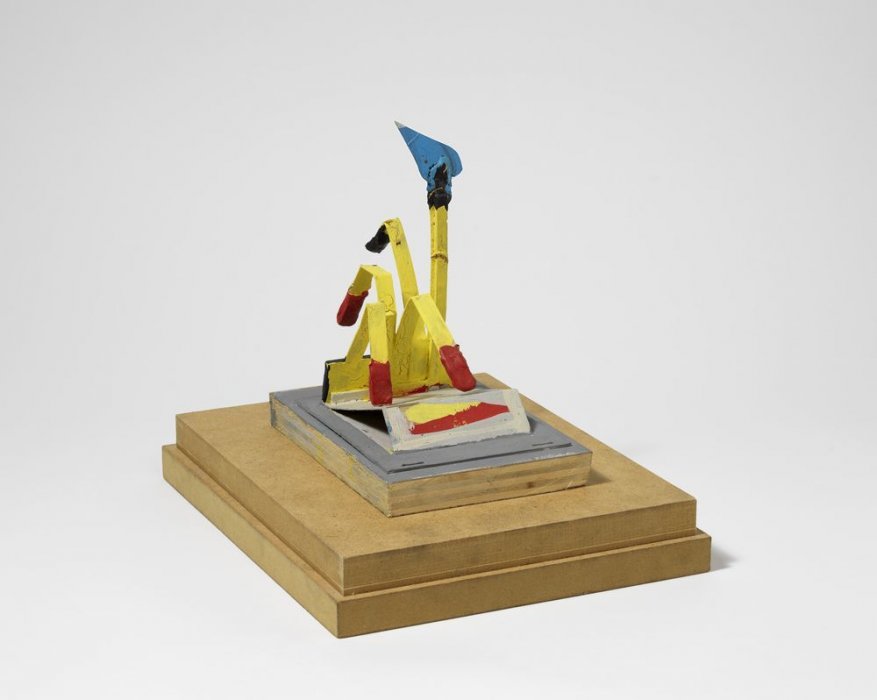 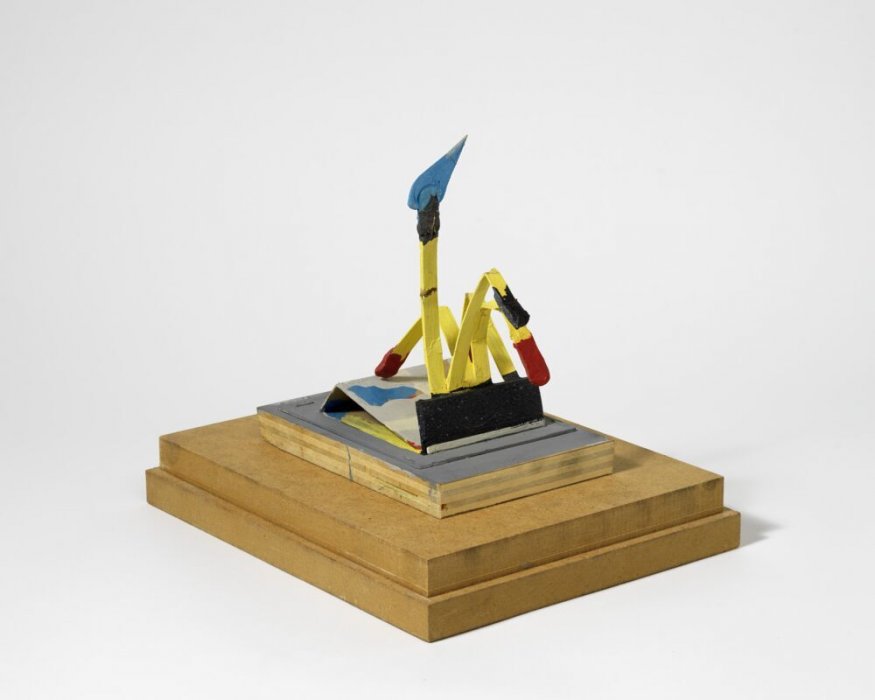 Mistos [Matches] is the model of a public sculpture located in La Vall d’Hebron neighbourhood, in Barcelona, at the crossroads between Avinguda Cardenal Vidal i Barraquer and Carrer Pare Mariana, in front of the Pavilion of the Spanish Republic. It was commissioned for the Olympic Barcelona to Claes Oldenburg, the Swiss artist living in the United States, known for his representations of everyday objects, magnified to an immense scale and implemented with pop language. It was designed jointly by Oldenburg and Coosje van Bruggen, art critic, sculptor and the artist’s collaborator.

For this piece, they worked on an object as universal as a match, which they interpreted with great dynamism. From the base and handle of the match, five yellow poles emerge and the flammable red head, which are built in different directions. At the highest point, 22 metres, one of the matches burns with a blue flame. Some matches have been scattered across the ground, as if they had been torn from the base. The artists themselves referred to their sculpture in Barcelona in this way:

"For many years Barcelona has had one of the world’s most ambitious urban planning programs, interrelating architecture, parks, plazas, and outdoor works of sculpture. When we visited the city in 1986 in response to an invitation to become part of the program, we toured installations by Eduardo Chillida, Richard Serra, and Ellsworth Kelly. By the time we joined the program, it had been expanded for the 1992 Olympics to include work by an international array of architects, among them Arata Isozaki, Gae Aulenti, Richard Meier, and Frank O. Gehry. Most of the new projects were located near the waterfront and the city center, but we were more interested in the residential areas being developed for the Olympic Games that would afterward become new neighborhoods. As our site we chose an open space in La Vall d’Hebron section in the hills overlooking the city. The only other cultural landmark in the vicinity was to be a reconstruction of the pavilion for the Spanish Republic designed by Josep Lluís Sert for the Paris World’s Fair of 1937, the building in which Picasso’s Guernica first was shown. Our proposal was a 68-foot-high sculpture based on a matchbook cover. Folded back so that the cover formed a base, the matches were bent, as if by use, with the exception of one erect, flaming match. Loose matches, some “burnt”, were scattered over the site. The front view of the Mistos is reminiscent of the facade of Antoni Gaudí’s cathedral of the Sagrada Familia, while the base recalls the underpinning of the untitled Chicago Picasso." Claes Oldenburg (2006)

"Only one match is aflame, like a beacon, its contour transforming into a lance or a fiery pen, recalling the words of Cervantes’ Don Quijote of La Mancha: “The lance has never blunted the pen nor the pen the lance.” The matchbox, like the typewriter eraser, over the years has become an archetypal object on the verge of disappearance, subject to a telescopic perspective that shifts between the emotive intimate hand-held object and the detached nearly abstracted large project with an architectonic structure and scale." Coosje van Bruggen (2006)