Son of a Swiss diplomat, Claes Oldenburg grew up between New York, Oslo and Chicago, where he was educated at the Art Institute of Chicago. Since 1956 he has lived and worked in New York. Oldenburg’s artistic career path began at the end of the fifties with happenings and performances, and in 1961 he opened a shop in New York, where he sold plaster replicas of fast food and other everyday items of mass consumption. Over the years he would oversize those same objects, transforming them into public work. During 1975 he started collaborating with Coosje van Bruggen, sculptor, historian, art critic and Oldenburg’s future partner, on large scale projects for public buildings.

With irony, humour and the colourfulness of pop art, together they have filled parks and gardens of cities around the world with large scale industrial objects, like spoons, combs, ice creams, rubber seals or bowling pins. Oldenburg and van Bruggen turn the humblest item into a symbol of their time, subverting their size, colour and the original materials. They deconstruct their usual function and meaning, in order to portray some of the obsessions of the capitalist world. The artists prefer open spaces for their works, according to the theory that art should reach everybody.

Oldenburg began exhibiting at the start of the 1960s and in 1965 he created his initial designs of urban sculptures. In 1966, he presented his first major exhibition at the Moderna Museet in Stockholm. Since then, his exhibition activity has been ongoing. It is worth mentioning the retrospective he presented at the Mumok in Vienna in 2012, an exhibition that travelled to Cologne, Bilbao, New York and Minneapolis. His public work can be found in cities like New York, Chicago, Las Vegas, Munster, Kassel, Rotterdam, Paris, Berlin, Milan and Barcelona. 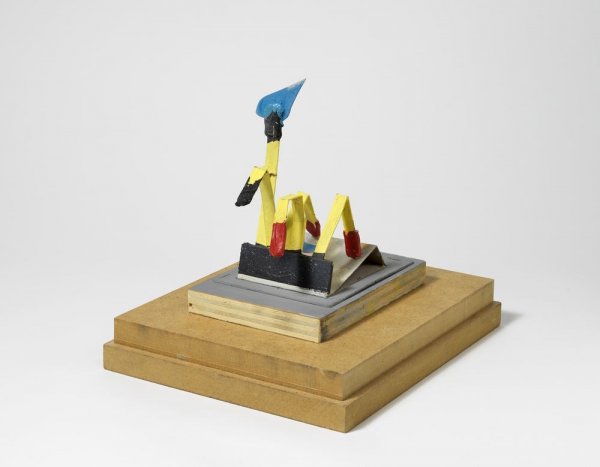 Claes Oldenburg
Half Tyre with Deflated Tube
1987
See all works → 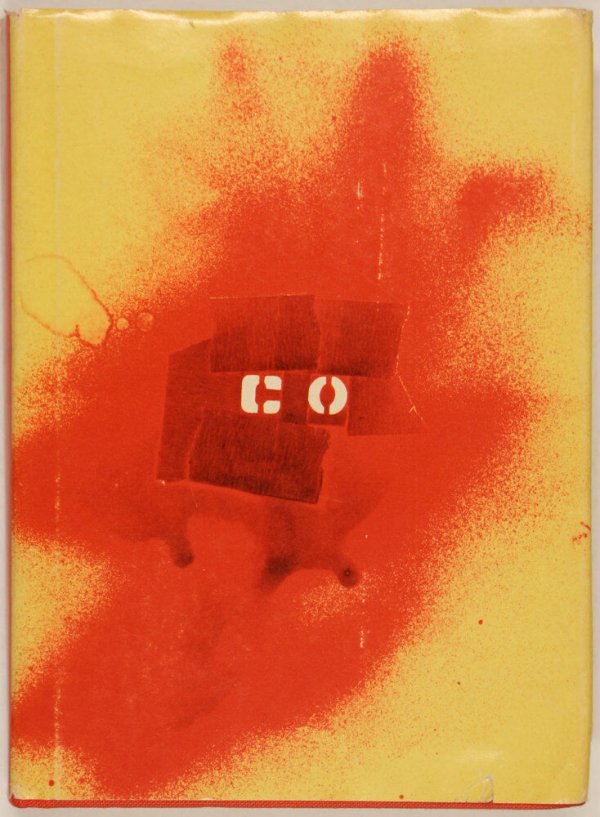 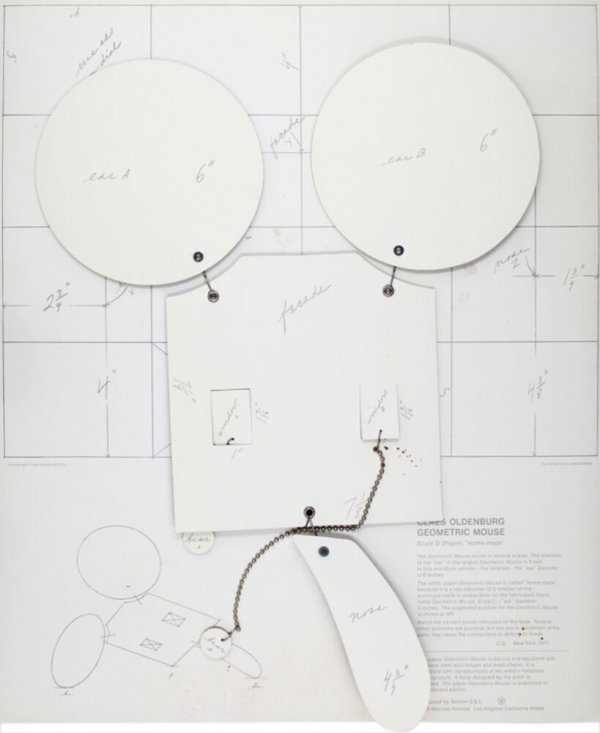