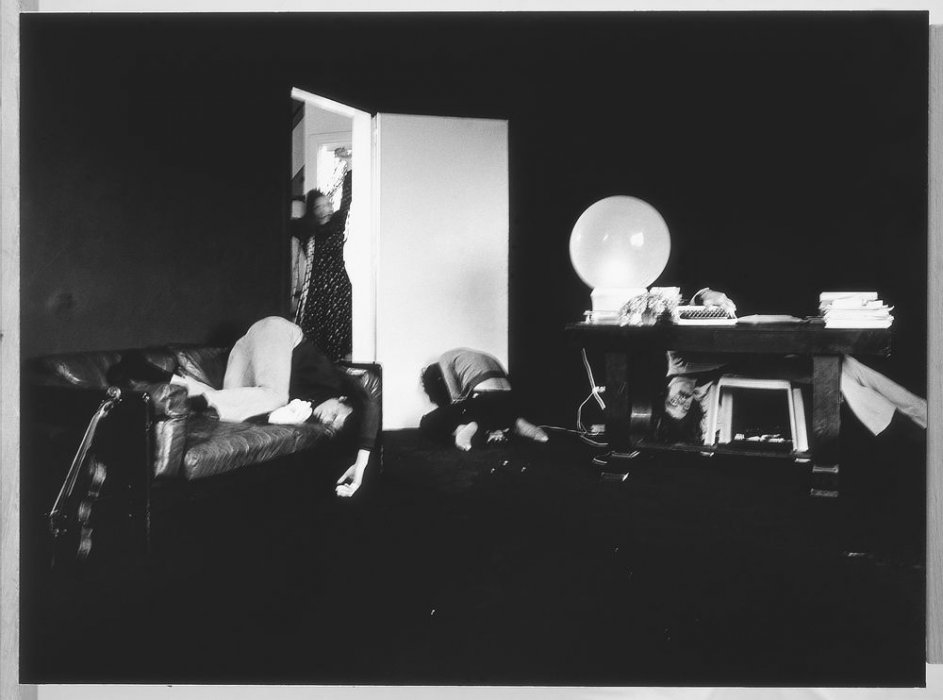 ‘The Col·legi d’Arquitectes (College of Architects) offered us an exhibition, but the initiative as such did not interest us too much. So we decided to make a video at a time when it was not yet known here; in fact, it was almost non-existent. The result was completely experimental. We shot it at home, without a script and with no other intention than to show four people living together; each one had the camera for a while, which we passed around.’ Sílvia Gubern, from an interview in 1992.

Primera muerte (First Death, 1969) is the first surviving piece of video art made in Spain. The four artists referred to by Sílvia Gubern were Jordi Galí, Àngel Jové, Antoni Llena and herself. As Antoni Llena explains: ‘Ignorant of the technical care that the new medium required, let alone the status it would achieve by the end of the twentieth century, the authors didn’t think of preserving the tape and gave it up for lost, until some years ago a copy was found in a very precarious condition in the archives of TV3, which is the one that can be seen today.’ Televisió de Catalunya (TV3) had broadcast it in the programme Galeria oberta, but the tape was lost in 1987 when it was included in the first video retrospective, La imagen sublime. Vídeo de creación en España(1970-1987) , (The sublime image. Creative video in Spain, 1970–87), an exhibition that took place at the Centro de Arte Reina Sofía, Madrid. In 2010, and as a result of the research carried out by Blanca de la Torre and Imma Prieto for the exhibition Video(S)torias, which was shown at the Centro-Museo Vasco de Arte Contemporáneo Artium, Vitoria, it was located within the TV3 archives. In 2014, the work was incorporated into the MACBA Collection and in January 2017 the Museum’s technical team restored the audio track. In May 2017, in a project curated by Imma Prieto for the Loop Barcelona Festival, dedicated on this occasion to the pioneers of video art, it was screened again in the place where it had been initially presented in 1969: the Col·legi d'Arquitectes de Catalunya (COAC), Barcelona.

It was this institution that had invited Sílvia Gubern, Jordi Galí, Àngel Jové and Antoni Llena to give a talk about their aesthetic ideas, which were revolutionary at the time. Without warning, the group decided to present Primera muerte. The artists left the auditorium of the Col·legi d’Arquitectes in the dark and placed a television monitor on the conference table. The monitor played the video Primera muerte while, at the foot of the stage, Àngel Jové, dressed in black with his mouth highlighted with phosphorescent paint, read fragments of the novel The Naked Lunch (1959) by the American writer William S. Burroughs.

Primera muerte contains a choral narrative of everyday scenes recorded in the house where the four artists lived, the Jardí del Maduixer (carrer Clarassó on the El Maduixer estate, Barcelona), a place that at the end of the 1960s was behind the rise of ‘poor’, Conceptual and experimental art in the city. The video also incorporated the son of Sílvia Gubern and Jordi Galí, the daughter of a gypsy family from the neighbourhood and a chicken.

In a very different second part, what was shown was the audience in the room on the day of the presentation of the work at COAC: while people were entering the space, the artists, hidden in the semi-darkness, had secretly filmed them. Among the attendees were family members and friends of the artists, as well as well-known people such as Esther Tusquets, Salvador Clotas, Gonzalo Herralde and Frederic Amat, among others, who then saw themselves appear in the screening on the television monitor. The experimental potential of a new medium such as video allowed the multiplication of reality by making viewers experience the immediacy of their physical presence in the room and, at the same time, their appearance in a representational context such as on a screen. In 1970, the Beatles’ song Let It Be was superimposed over this part of the video.

‘The conceptual sense of the video is inspired by Edouard Manet’s Dejeuner sur I’herbe. In the late 1860s, Edouard Manet painted a picture that, although the subject was not political, raised quite a storm. In contrast to the explicitly political work of his contemporary, Gustave Courbet, Manet’s work might have seemed innocent, but the freedom it manifested made it socially uncomfortable. It was considered immoral. Primera muerte wanted to be a nod to Dejeuner sur I’herbe. It tried to establish a conceptual aesthetic parallel with a work made a hundred years before,’ says Antoni Llena.

As Imma Prieto explains: ‘Primera muerte is undoubtedly a visionary piece that speaks of a moment in which different creative forces emerged. Apparently nothing happens, but time has proved that the opposite is true. Image, text and sound merge with an amazing affinity and summon life, causing it to reveal itself.’ And also: ‘Not only can we emphasise the value of the relationship between image and sound but we can think of the editing as a radical form of audio-visual writing.’ 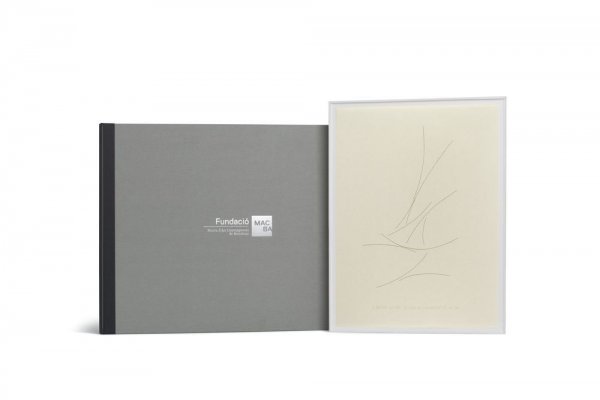 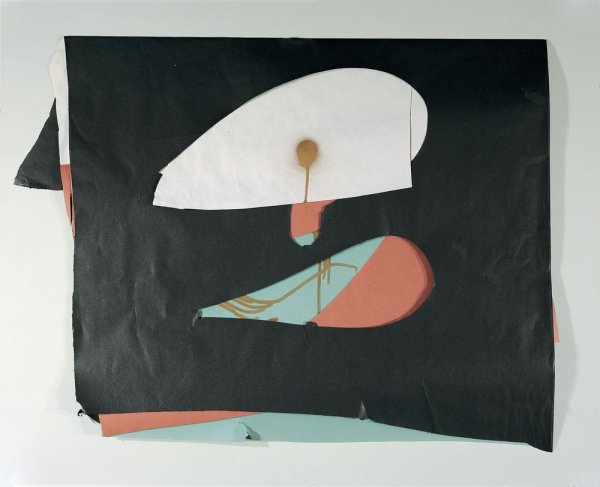 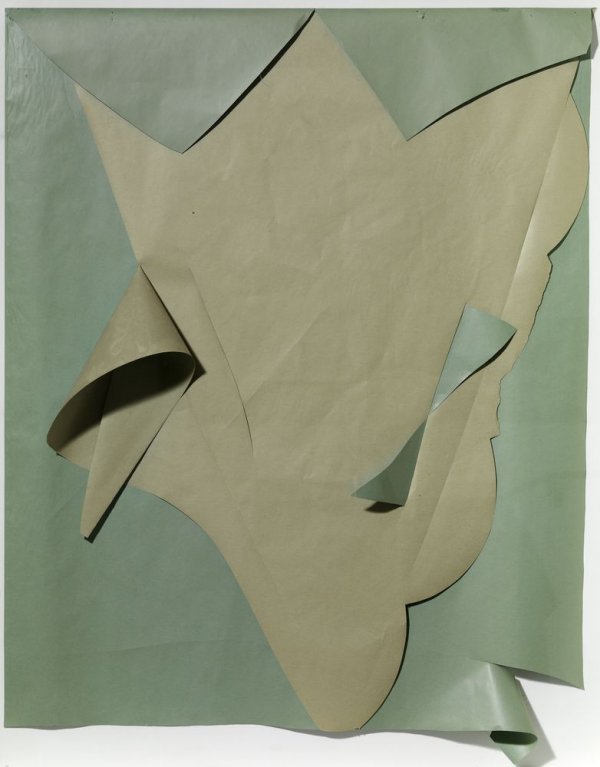 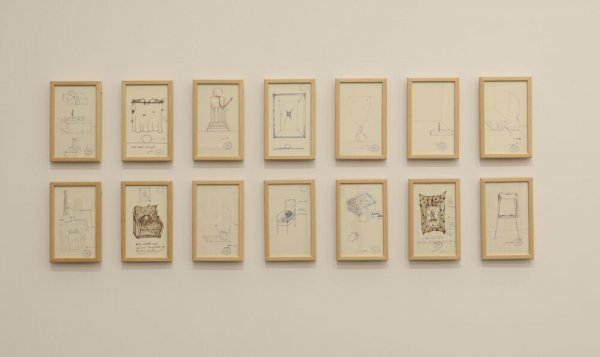 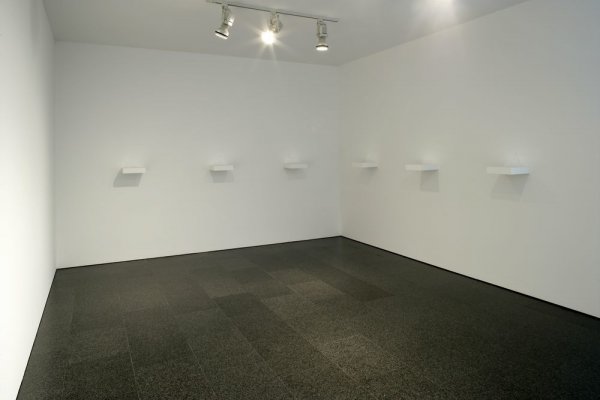