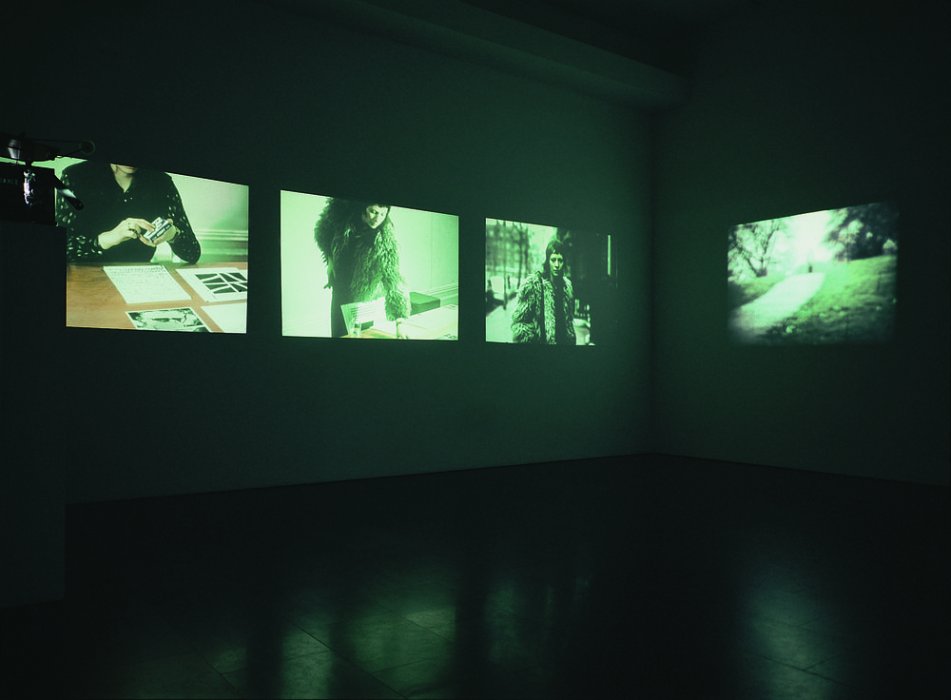 From the 1970s, David Lamelas's experimental work has been at the forefront of the fusion between cinema and the visual arts. His films and filmic installations subvert cinema’s narrative conventions with documentary and experimental forms. Structured as a multiple-screen projection, Film Script (La manipulación del mensaje) [Film Script. The Manipulation of the Message] combines a cinematographic screening with slide projections. As the title suggests, it was constructed as a film script revealing the inevitable construction and manipulation of the message by cinema itself. Lamelas uses a resource as simple as the re-sequencing of the same set of images in a different way, in this case a string of banal scenes reminiscent of a thriller about a woman’s daily movements. Lamelas was a close friend of the gallerist Nigel Greenwood who supported emergent Conceptual artists in his London gallery in the seventies. Film Script (La manipulación del mensaje) was shown in this gallery for the first time. The main character in the film was the gallery assistant, Lynda Morris.

A woman walks down the street, gets into a car and after a while gets out of the car and enters a building. Down a corridor, she arrives at a sparsely furnished apartment. There she looks out of the window, sits at a desk, rifles through some papers, smokes a cigarette and knocks over a glass of water. While she is mopping up the water, the phone rings and she answers. Afterwards, she gathers her things, leaves the apartment and turns to the camera that has been following her. While the film is projecting this sequence of scenes without making clear whether it is fiction or a documentary, the slide projections show the same images in a different order. Next to the cinematic sequence, the action is re-ordered in three different ways as fixed images. All three slide projectors show the same number of images, 60. One of them shows them in the same order as the film but as a succession of fixed images, another shows only two scenes from the film but in a different order, while a third eliminates a whole scene and shows only selected moments from the rest of scenes or actions. Even though the images are the same, the formal device of sequencing them differently makes up multiple narratives and has the potential for creating or deleting significances. For ten silent minutes, parallel stories are being projected leaving the viewer with the responsibility to decide which ones to accept, reconstruct or discard.

This alternating device does not generate substantial changes, but it creates inflections on the causality or perspective: one image may give priority to the woman, another to the telephone. And while the story is irrelevant, the mediation of images together with the temporal reorganisation of the process is transcendental, since it is proof of cinema’s manipulative potential. Lamelas wrote: ‘The main thing is to prove how cinema can manipulate anything as a result of censorship, commercial pressures or political interference, for example.’ (David Lamelas, A New Refutation of Time. Rotterdam and Munich: Witte de With, Kunstverein München and Richter Verlag, 1997, p. 86

Other works by David Lamelas 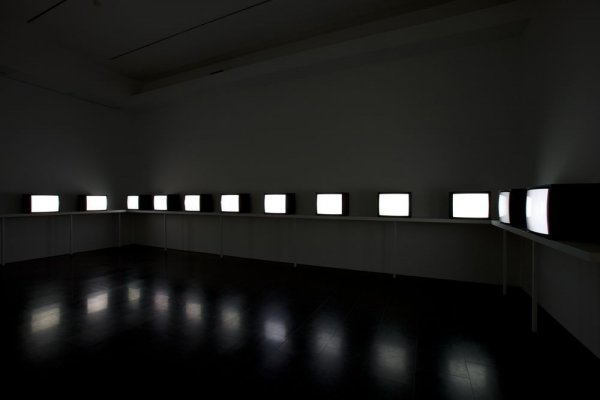 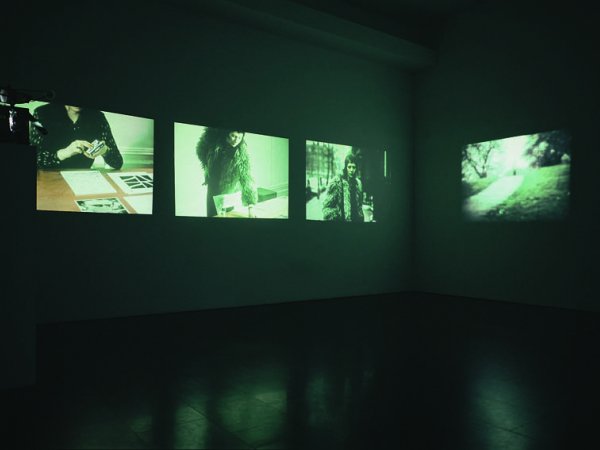