This event is part of Latitudes' ongoing #OpenCurating research, which explores the implications of Web 2.0 and the expectations of participation and transparency in regard to contemporary art production and programming. The core of #OpenCurating is made up of a series of interviews, freely available online. The most recent interviewees have been Steven ten Thije (Van Abbemuseum, Eindhoven), Sònia López and Anna Ramos (MACBA, Barcelona), and Badlands Unlimited (New York). #OpenCurating is a research project of Latitudes produced by La Capella. BCN Producció 2012 of the Institut de Cultura de Barcelona.

This latest conversation will address the Dia Art Foundation's historical identity, the evolving role of the curator, and Yasmil Raymond's approach to commissioning and preserving art projects that exceed the usual limits of the museum. The evening will include "crowd-sourced" questions submitted through the Twitter hashtag #OpenCurating.

As a non-profit institution founded in 1974, the Dia Art Foundation is renowned for initiating, supporting, presenting, and preserving art projects. From 1987 to 2004, the Dia Center for the Arts in Chelsea, New York, presented site-specific exhibitions and projects by artists such as Robert Gober, Jenny Holzer, Jorge Pardo and Pierre Huyghe. Dia:Beacon opened in 2003 in upstate New York, as the home of Dia's distinguished collection of art dating from the 1960s to the present. The Dia Art Foundation maintains long-term, site-specific projects including Walter De Maria's The New York Earth Room (1977) and The Broken Kilometer (1979), Max Neuhaus's Times Square (1977), Joseph Beuys's 7000 Eichen (7000 Oaks) (1988), and Dan Flavin's untitled (1996), all in Manhattan; the Dan Flavin Art Institute in Bridgehampton, New York; De Maria's The Vertical Earth Kilometer (1977) in Kassel, Germany; Robert Smithson's Spiral Jetty (1970) in the Great Salt Lake, Utah; and De Maria's The Lightning Field (1977) in Quemado, New Mexico. Dia is currently in the process of developing a project space on West 22nd Street in New York City. 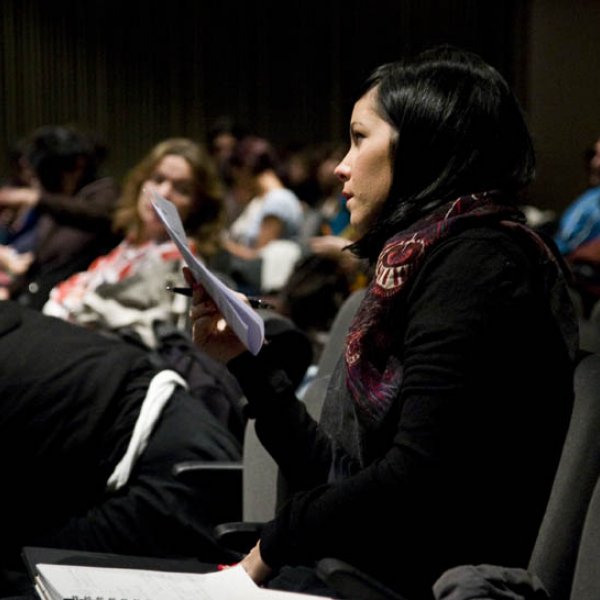 Latitudes is an independent curatorial office founded in April 2005 by Max Andrews and Mariana Cánepa Luna. It works in an international context from and in Barcelona, Spain. Latitudes initiates and develops contemporary art projects in association with institutions, and collaborates with artists in productions encompassing a range of organisational forms and scales: display and exhibition genres, editorial and publishing practices, and different forms of assemblage, hosting and programming, as well as theoretical and interpretative contexts.

"Our point of departure is to advocate the work of artists we believe to be critically relevant to our times. Ongoing research includes: micro-historical practices, context-specific, narrative- and process-based art, expectations of public participation, the function of the duo, and how art and artefacts relate to obsolescence and cultural value."