These visits are lead by an educator and hope to stimulate children to interact directly with the works on display and bring them closer to the different artistic forms by presenting a critical and reflective perspective. They take place in the galleries, and each one adapts itself to the students' ages.

Visits geared towards small and elementary-aged children make materials available so that the children experience many hands-on activities while in the galleries. 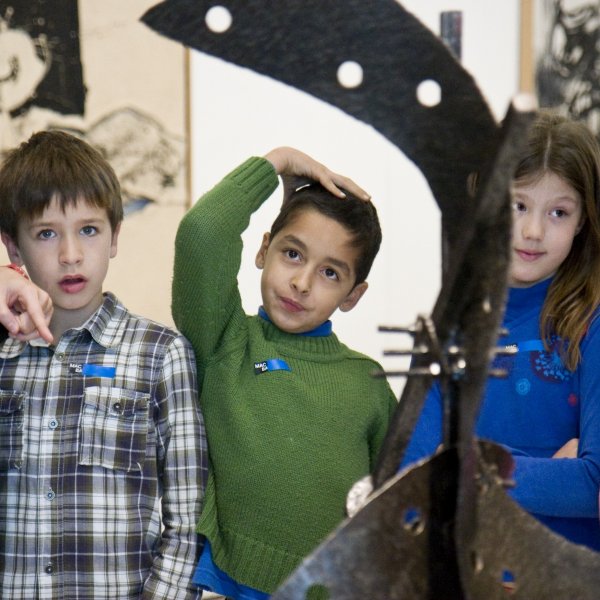 SCHEDULE OF THE TOURS: MONDAY TO FRIDAY, MOORNING AND AFTERNOON (EXCEPT TUESDAYS)

For group and education program information please call 93 412 14 13
educacio [at] macba [dot] cat
I like to work with what is often called "cultural heritage", but the materials that I use are banal and clichéd, like sugar blocks, doors, couscous, rugs, official documents.
Latifa Echakhch