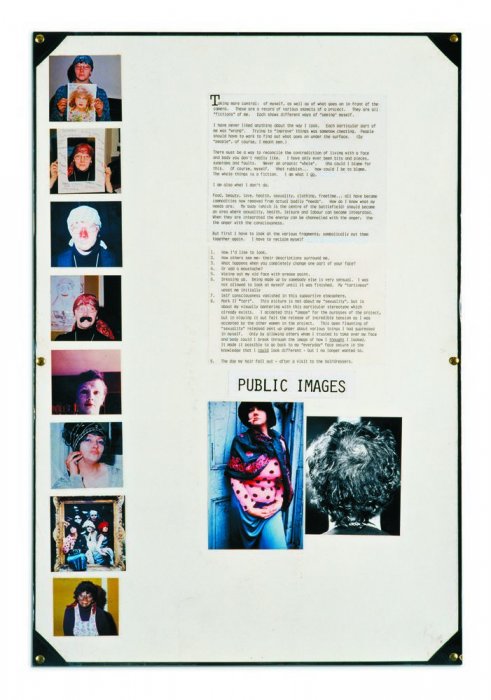 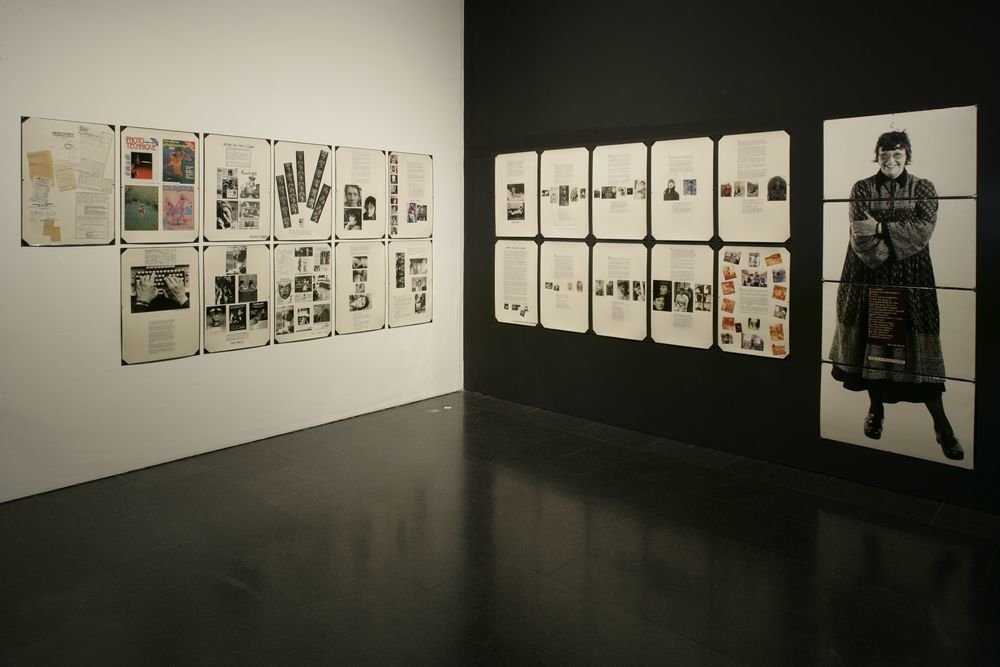 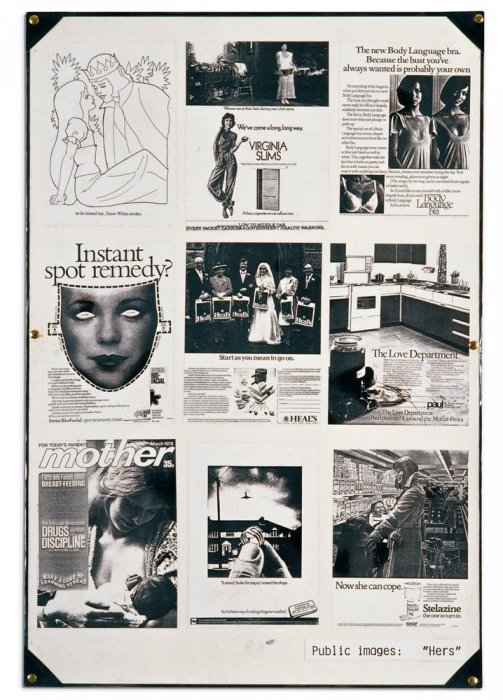 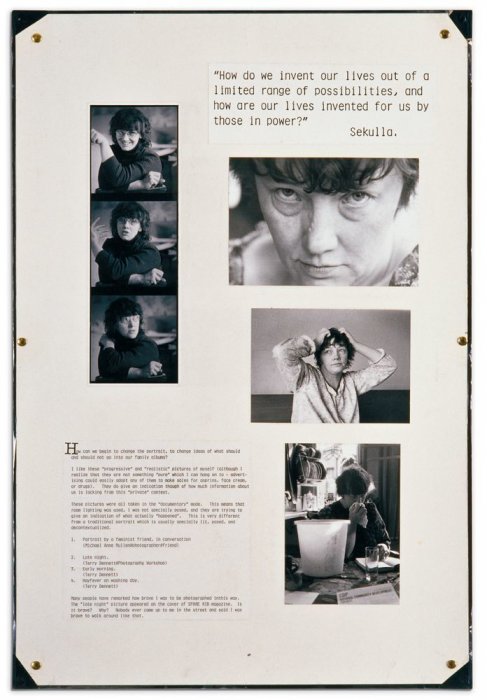 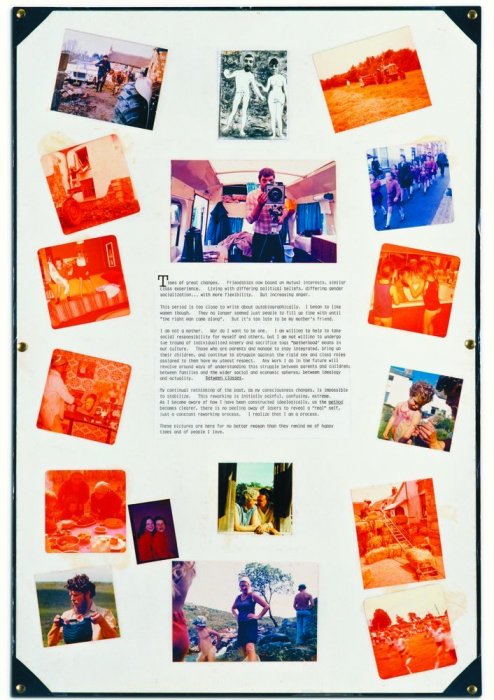 Jo Spence was central to the debates around photography, feminism and the critique of representation in the seventies and eighties. In 1973, together with Terry Dennett, she founded the Photography Workshop, an independent organisation dedicated to education, research and publishing, which included an exhibition space and resources for photographic production. In 1982, at the age of 46, she was diagnosed with breast cancer. Thereafter, her work became autobiographical, using photography as a tool for rebellion and therapy.

Produced by the Photography Workshop, Beyond the Family Album is a series of panels in which Spence alternates autobiographical texts, personal photographs and press clippings. Through the reconstruction of the traumatic events often omitted from family photo albums – deaths, divorces, conflicts, abuse and illness –, the artist proposes a new approach to her own image and the roles we adopt in society. Spence believed that the private uses of photography in family albums are ‘visual constructions’ that do not represent the ‘self’, having political implications that affect our way of thinking and behaving.

Remodelling Photo History is a work by Jo Spence, together with Terry Dennett, which consists of remodelling and restructuring the history of photography, and questioning normalised and institutionalised genres, practices and codes. It is a critique of the female nude in the history of art, traditionally seen from the masculine gaze as a passive object of desire. The work is framed within the artistic practice that Spence and Dennett call ‘phototheatre’, which began with their investigations into the work of the photographer Frederick Holland Day. Without compromising visual impact, these are realistic photos that have been prepared, staged and constructed as theatricalised images.

Other works by Jo Spence 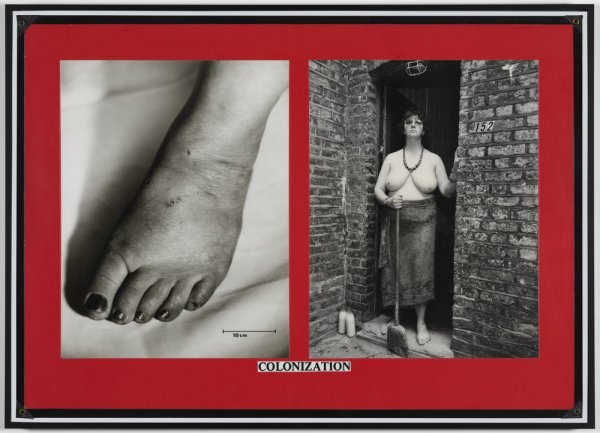 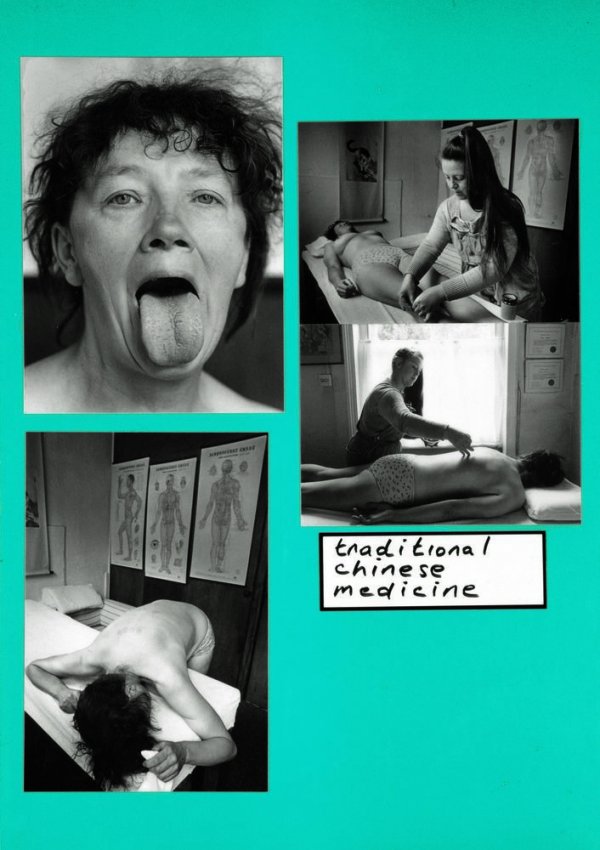 Jo Spence, Rosy Martin...
The Picture of Health
1982
See all works by this artist →
One always arrives to at something which one can no longer depict.
Dieter Roth