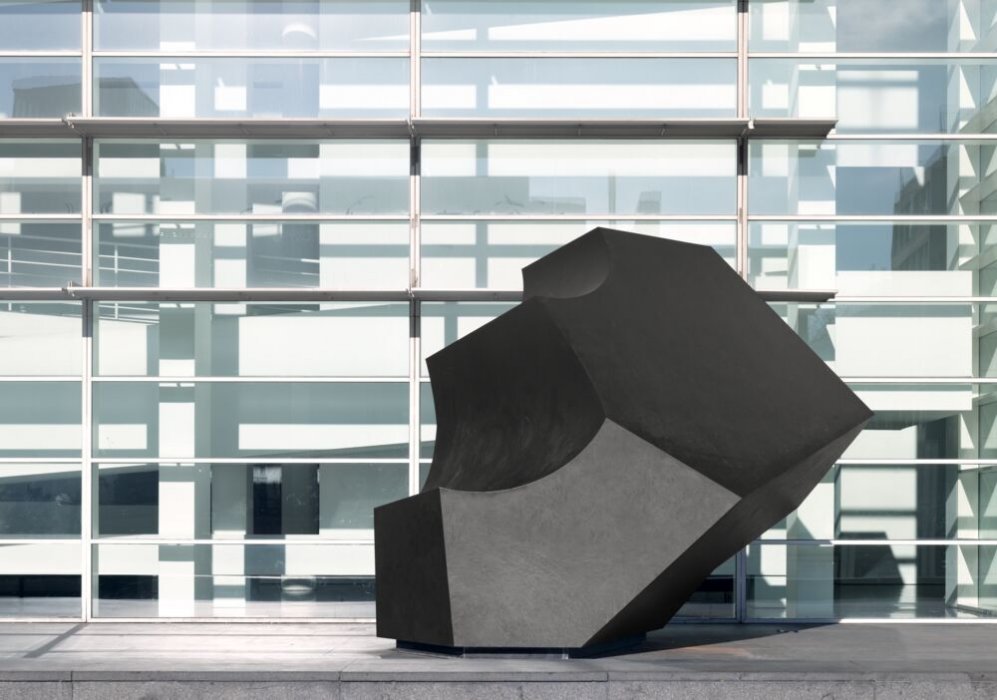 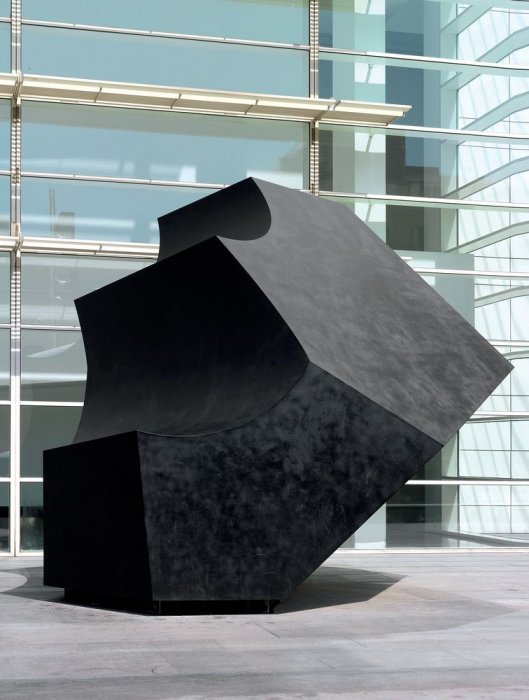 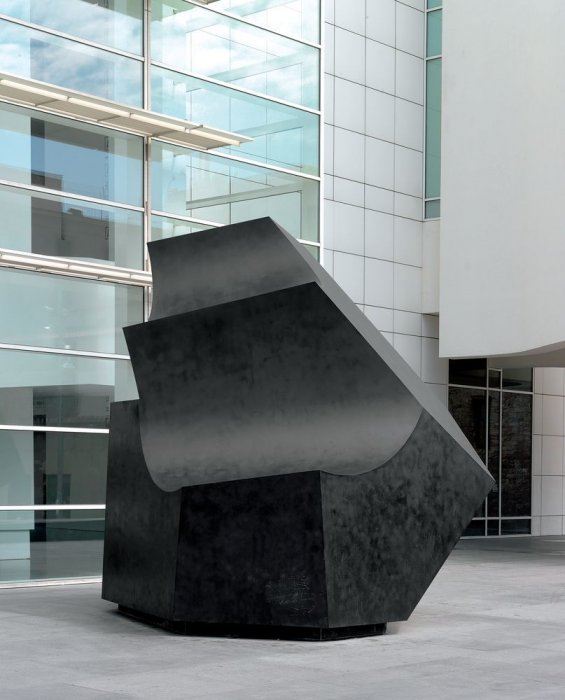 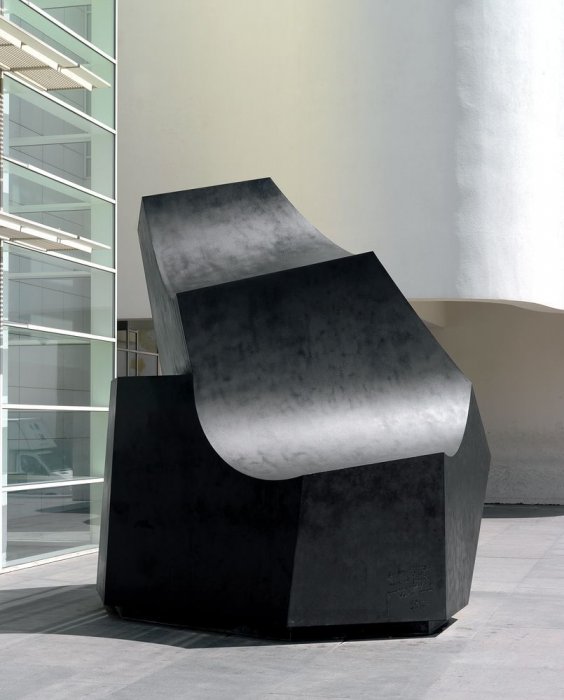 Permanently located on a podium outside the MACBA building, in the Plaça del Àngels, Barcelona, La ola by Jorge Oteiza has become an icon of Richard Meier’s building. When in 1998, three years after the opening, Oteiza was invited to produce a work for the Museum, he decided on a dialogue with Meier’s architectural style, which he saw as close to the rationalism of Le Corbusier and with which he felt a great affinity. In this context, he produced a large black-aluminium wave formed by polyhedrons and skewed surfaces, playing with the alternation of light and shadow thrown on it by the building’s façade.

La ola, produced at the studio of the architect and sculptor Pere Casanovas in Mataró, comes from a 5 cm-high bronze model made by Oteiza in 1957. At the time, the sculptor was experimenting with small formats and with figures such as cubes and polyhedrons with concave and convex incisions, as reflected in the forms of this work. Oteiza wanted to recover this maquette in his studio, where it had been stored since his decision to abandon sculpture in 1959 in favour of purely theoretical work. When the maquette was produced, he was working mostly on a small scale: often his work would consist of simple maquettes made of plaster or cardboard, which he would subsequently have a foundry cast in the same dimensions. In 1998, following his decision to reproduce the work on a monumental scale, Oteiza needed five other maquettes, plus one full-scale wooden maquette, to realise the project. La ola contains Oteiza’s vision of waves on the sea and his interpretation on a geometrical key.

While supervising the installation, Oteiza insisted that the work established a ‘dialogue with the convexity of the building’. Referring to the game of shadows produced by the position of the sun and the building on the work, he specified: ‘In Basque, shadow is called itxal, meaning the power of being, not a lack of light. Shadows are the power of the light: the greater the shadows, the greater the light.’ Whether in his experimental sculptural works, or in his theoretical texts and manifestos, Oteiza always saw sculpture as a metaphysical and spiritual research process. ‘The aim is to occupy space. It may be that the work absorbs its surroundings, or the other way round. I try to occupy space with harmony.’

Other works by Jorge Oteiza 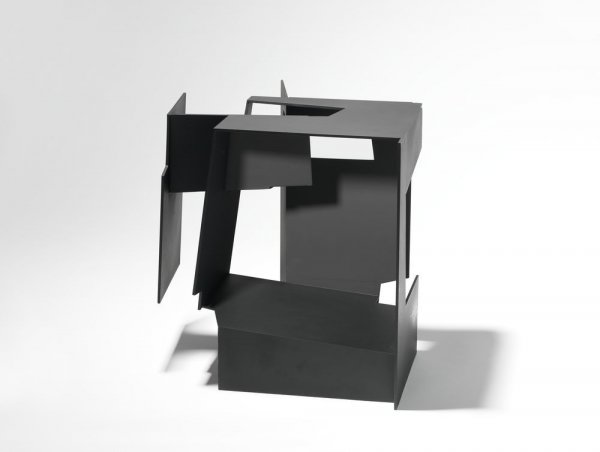 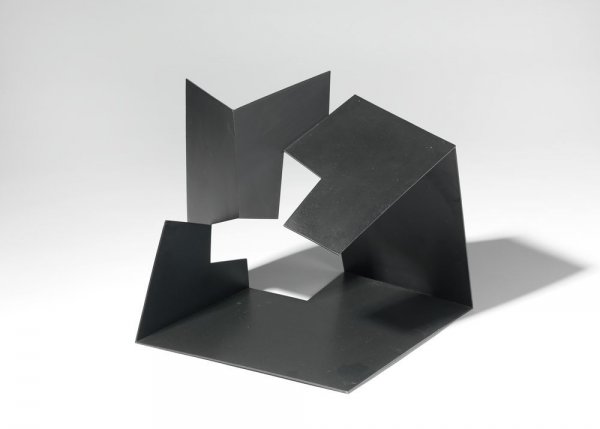 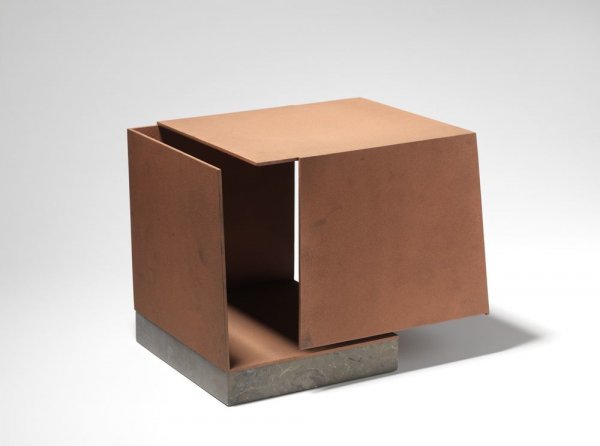 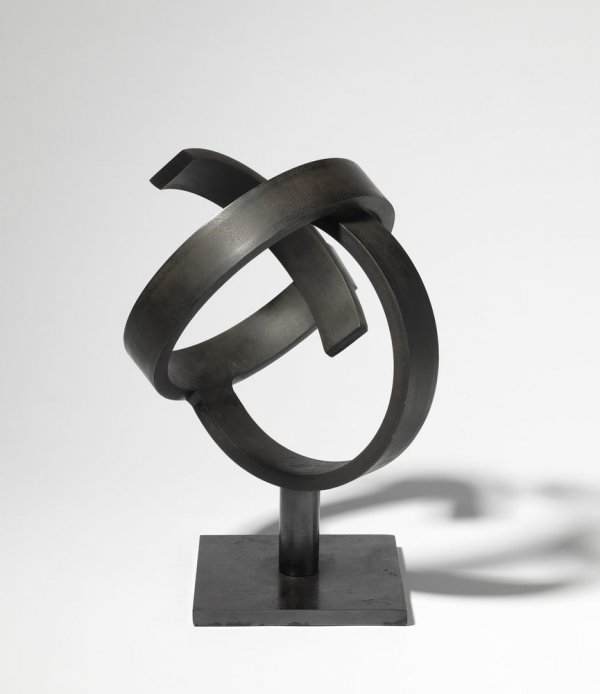 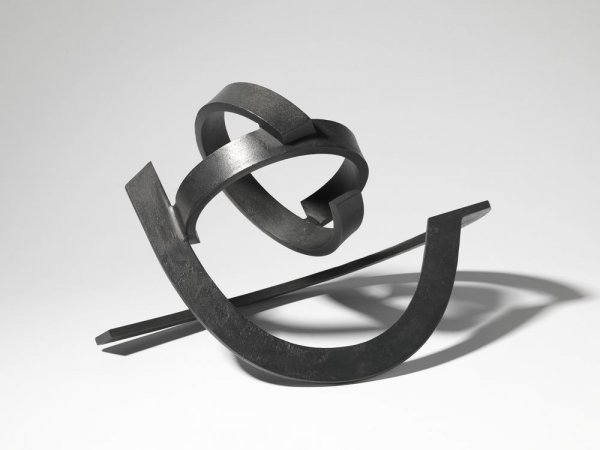