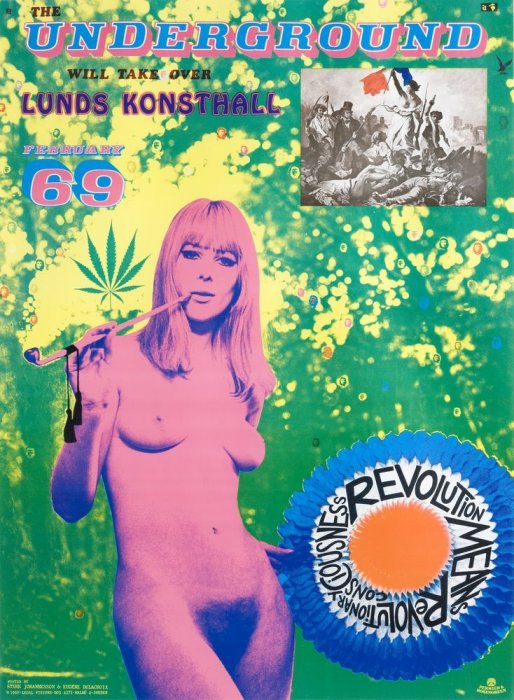 Prominent among his series of works is Danish Collection, a set of eleven posters printed in 1967–69 at Permild & Rosengreen, a printing press in Copenhagen that produced posters for famous Danish artists such as the Abstract Expressionist Asger Jorn. Danish Collection encapsulates the most significant elements of Johannesson’s production: his psychedelic aesthetics, saturated flat colours, innovative graphics and a poignant social critique. Some were made to advertise exhibitions – notably Palle Nielsen’s Model for a Qualitative Society (1968) at the Moderna Museet, Stockholm. In contrast to the typical psychedelic art of the period, which took its cues from Art Nouveau and nineteenth-century handbills, Johannesson’s work combines a typographic, collage style inspired by John Heartfield and Hannah Hoch with the clarity and impact of commercial publicity. ‘Johannesson’s poster pieces took a lot of the visual cues from the international psychedelic movement – the LSD palette, the counterculture politics, the sense of fluidity, but what made them unusual was they were made in an art context. Johannesson’s graphic works often appear closer to constructivism and Rodchenko than Fillmore-era rock posters. The artist’s style refused to be pinned down.’ (Francesca Gavin: ‘Sture Johannesson’, Dazed, July 2012)

Johannesson’s radicality is mostly due to the written messages on his posters: Dow Shalt Not Kill! U.S.A. – Union of Stoned Anarchists; Sweet Malinda! Alcohol is The Imperial Wizard; Andrée Will Take A Trip! Anything Which Can Be Done Chemically Can Be Done By Other Means!

Danish Collection always caused controversy. The poster Turn on the Institutions, with the message The Kingdom is Within You, was intended to hang on the façade of the Royal Palace in Stockholm. Others wanted to provoke a crisis in art with a free exchange in the market: Art Crisis! A Free & High Government! 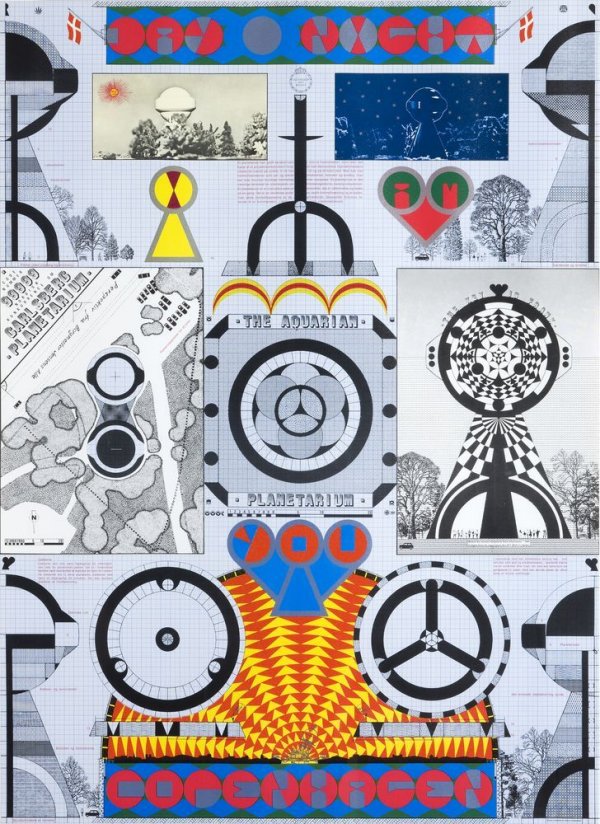 Sture Johannesson
The Aquarian Planetarium: Day and Night - I Am You - Copenhagen
1969
Graphic work (editions) 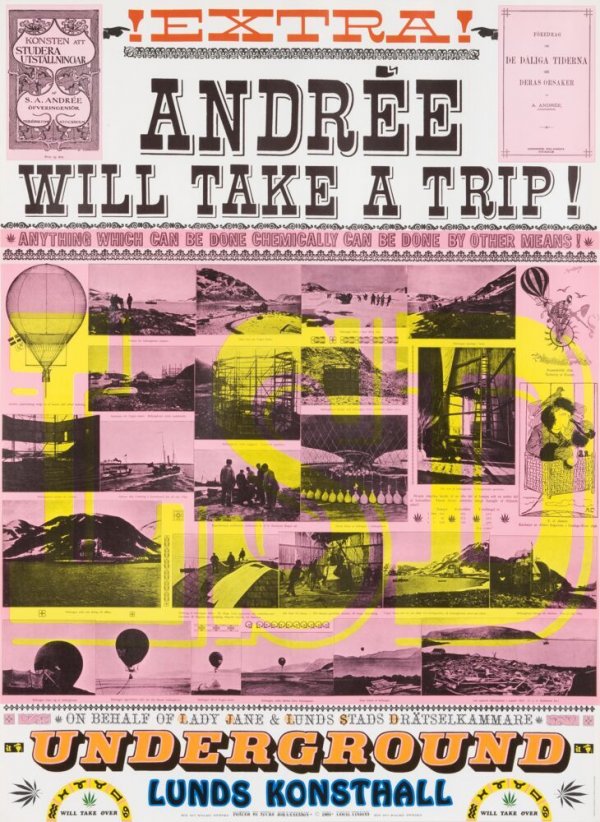 Sture Johannesson
Andrée Will Take A Trip! Anything Which Can Be Done Chemically Can Be Done By Other Means!
1969
Graphic work (editions) 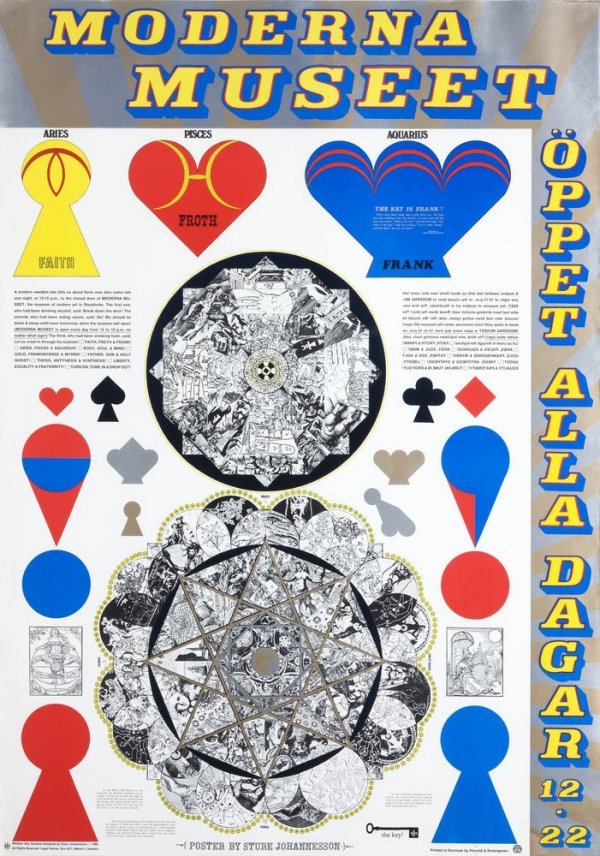 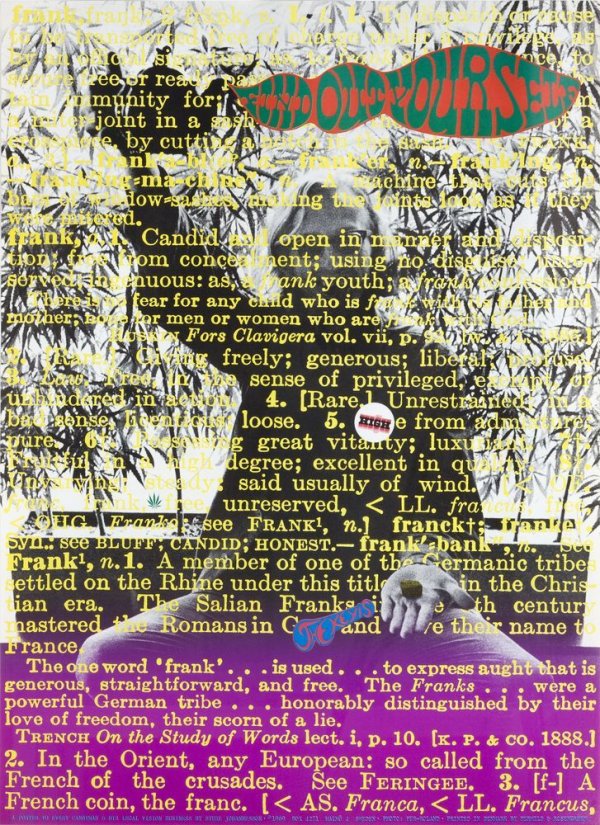 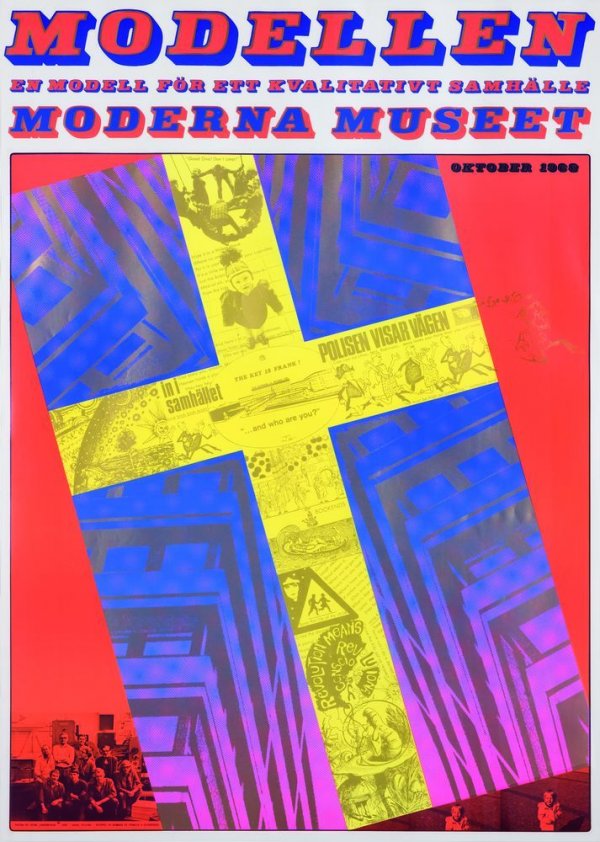 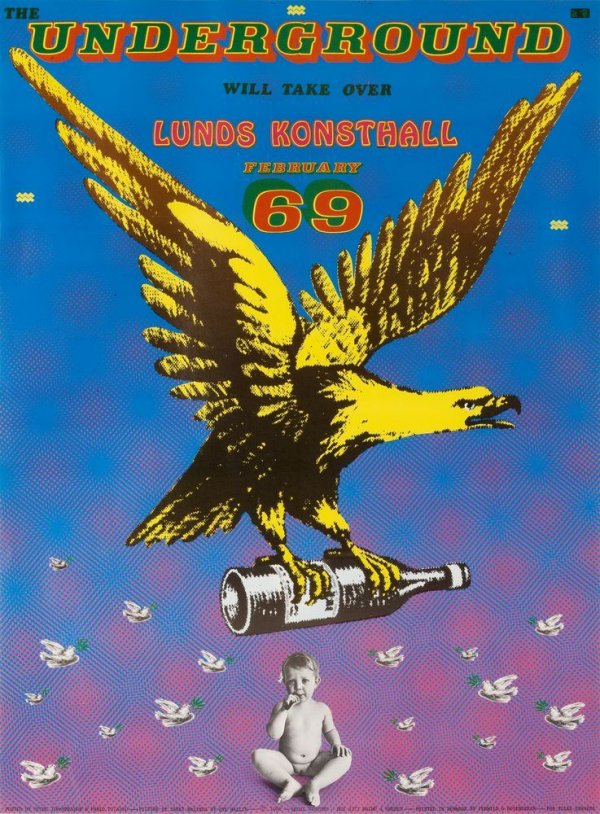 Sture Johannesson
Sweet Malinda! Alcohol is The Imperial Wizard
1968
See all works by this artist →
A single image can bear witness to the past and anticipate a foreseeable future.
Ignasi Aballí