José Antonio Hernández-Díez incorporates objects from everyday life, urban culture and the world of sport into his work. Through visually close elements such as a pair of trainers and skateboards, the artist establishes a dialogue with social inequality, violence, consumerism and a fascination with technology. One of his points of interest lies in contrasting religion, superstition and morality, all of which he irreverently disregards. His installations play with the surprise factor by creating unexpected associations, questioning deep-rooted social issues and confronting opposites such as life and death, the natural and the artificial, the sacred and the profane. These are strongly narrative works structured as micro-stories.

One of Hernández-Díez’s better-known works dealing with life and death is San Guinefort (1991), based on a legend about a dog that protected children in the thirteenth century in Lyon. Hernández-Díez had a dog that had died in the street stuffed and turned it into the central element of his installation. The dog, displayed in a Perspex vitrine as if in an incubator or a reliquary, is attached to four rubber tubes tied to a pair of black rubber gloves, so that the viewer, in a clinical, scientific or mortuary gesture, may ‘manipulate’ the dead dog. A hose connects the vitrine to a bottle of compressed air ensuring the preservation of the animal. The installation contrasts laboratory materials such as oxygen and rubber gloves with a natural and organic element like an animal. At the same time, it sets out a contraposition between the ancestral vision of life and its duration determined by divinity, and the more antiseptic view of today that leaves life in the hands of oxygen tanks, isotonic liquids, rubber gloves and hoses. There is an obvious contrast between the sacred and the profane. In the first presentation of the work in Caracas in 1991, the artist called it ‘a new Christian iconography’.

Among his other works in the MACBA Collection, in Jung the artist superimposes four trainers of different models and colours, with a letter inscribed on the side of each shoe as if it were the brand’s logo. Stacked up on top of each other, the letters read the name ‘Jung’. The work is part of a series in which the artist balances trainers atop one another – from the most expensive to the cheapest brands – with letters that read vertically to make up the names of Marx, Kant, Hume or Mao. The reference to some theoreticians of modern culture through a consumer product such as sports shoes is part of a playful game of opposites that the artist uses in his work to unleash a barrage of questions. What role do brands play in our imaginary? Have they become universal references in the way that some systems of thought were in the past? What would the world be like if we were to base our identities on intellectual referents rather than consumer products?

Perfect Vehicles is another of Hernández-Díez’s series of works in which a sports consumer object, skateboards, becomes the central element. Associated to the world of skaters, the artist displays them on the wall with a painted face on the surface. These are the faces of teenagers of different races partially covered by sun-visors, caps or scarves, so that only the eyes are visible. It is a clear reference to the youth of Caracas who during the nineties often clashed with the police in the Universidad Central of this city. Their expressions and the selection of elements covering their faces carry a resolute air of rebellion and marginality. In the work in the MACBA Collection – Perfect Vehicles (4, 15, 19, 25, 26) – one youth holds a Molotov cocktail. The work condenses some of the themes that interest the artist, such as culture differences, inequality, repression and authoritarianism.

Other works by José Antonio Hernández-Díez 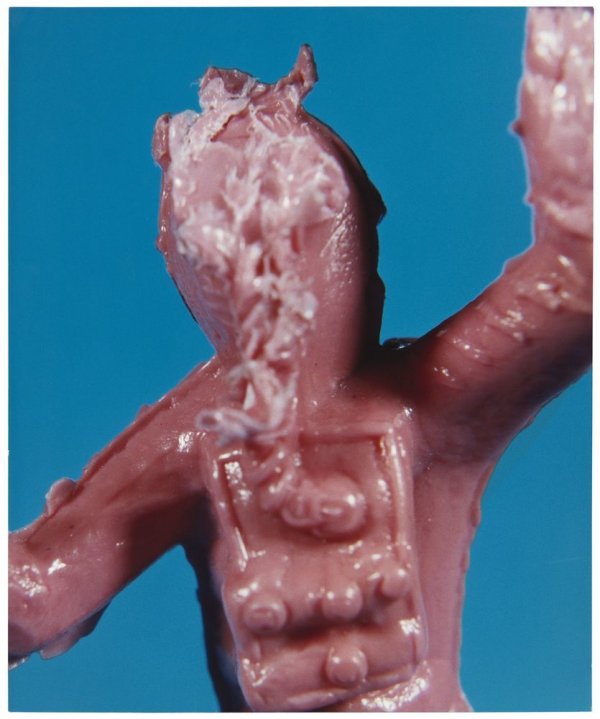 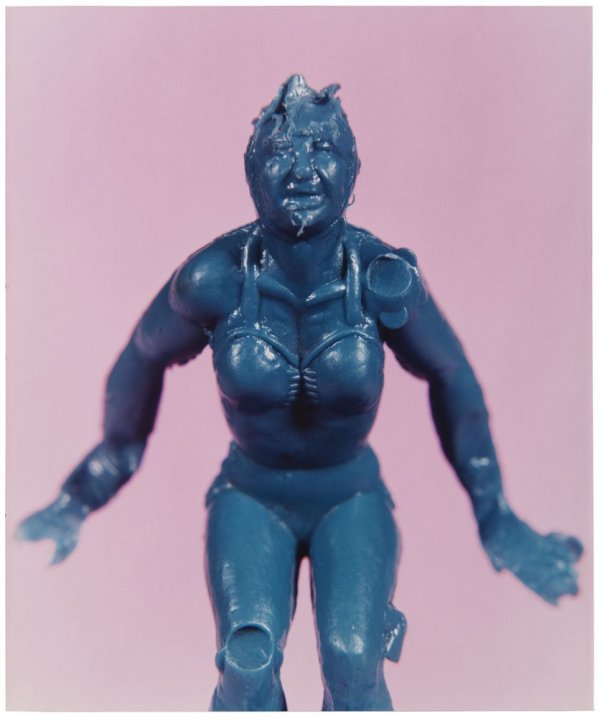 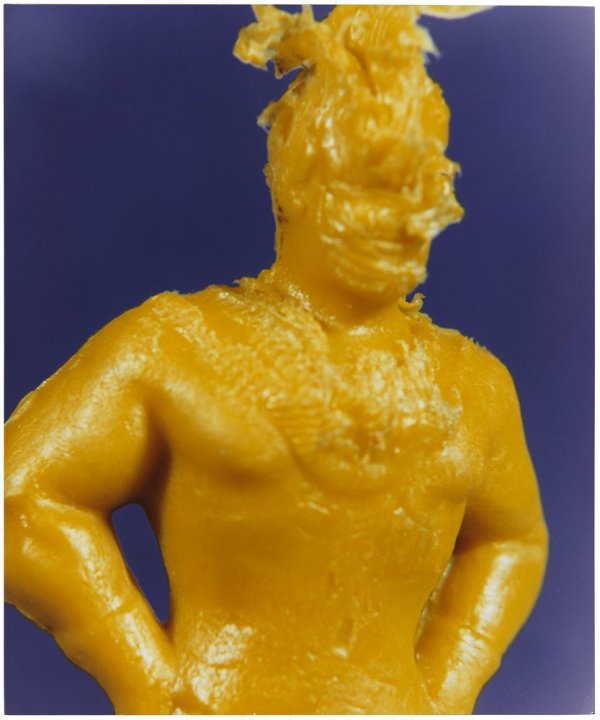 The objects are intended to have the objective character of industrial products. They are not intended to represent anything other than what they are. The previous categorization of the arts no longer exists.
Charlotte Posenenske